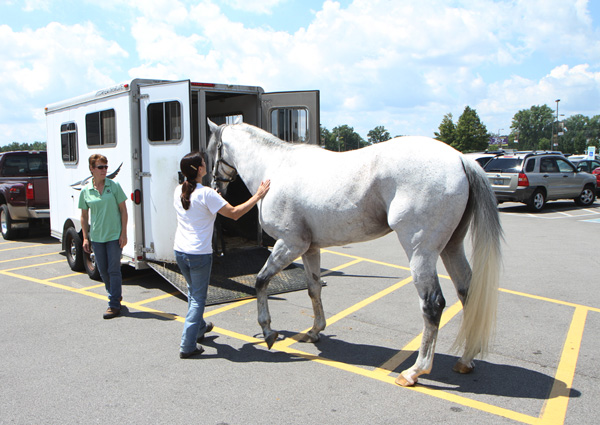 Twinspired has rejoined the Kentucky Derby Museum as our newest Resident Thoroughbred!

This will be Twinspired’s second stint greeting guests at the Museum, alongside miniature horse Winston. He previously came to the Museum in the fall of 2014.

The gray Thoroughbred ran in four graded stakes during his career, including a 17th place finish in the 2011 Kentucky Derby, before retiring in 2013. His best race came in the Grade 1 Toyota Blue Grass Stakes at Keeneland Racecourse, where he placed second, while also coming in third in the Grade 3 Vinery Racing Spiral Stakes at Turfway Park. Overall, Twinspired had a record of 3-6-3 in 26 starts from 2010-2013, earning $353,518. 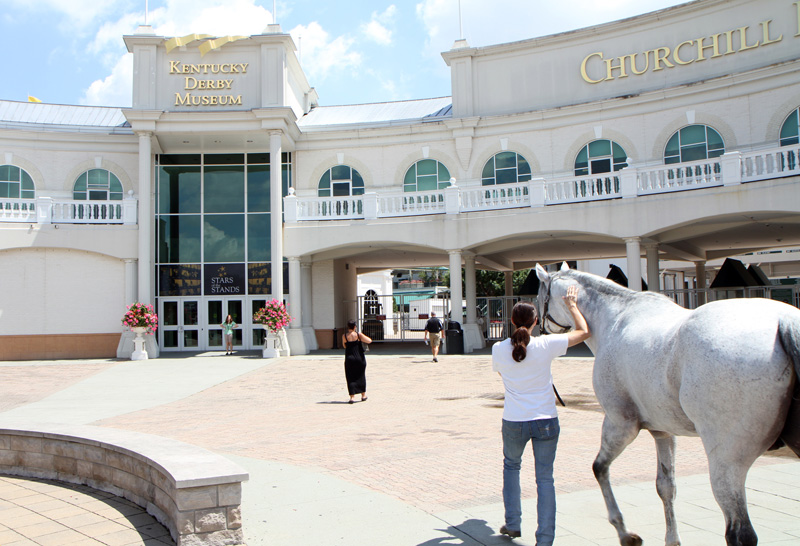 Twinspired spent his second breeding season at the Robin Murphy’s Poplar Creek Horse Center in Bethel, Ohio. He was foaled on April 16, 2008 to Harlan’s Holiday (sire) and Historical Drive (dam).