William Shakespeare said that "Sweet are the uses of adversity.  Which like the toad, ugly and venomous, Wears yet a precious jewel on his head."

Aah - Adversity. Yes, the outreach program at the Kentucky Derby Museum begins with a bit of adversity.  Due to unforeseen personnel issues, our Western KY trip scheduled for this week has been postponed until January.  It was going to be the largest undertaking this program had attempted in the 10 years of its existence - 3 educators in 12 schools in 4 days.  And the good news is that every school on the trip is rescheduled and I'll have time to train two other educators and be ready to roll in January.  Now let's just make sure it doesn't snow.

Then on Friday, I heard the news that the Sherman Minton Bridge, the Interstate 64 bridge that connects Indiana and Kentucky has been shut down indefinitely due to a number of cracks.  Guess what side of the river I live? (north)  Guess how long it normally takes to drive to the museum?  (20 minutes)  Guess how long it takes now, with thousands of people trying to get to work in Louisville using two bridges? (2 hours)

But like Willy paraphrased about 400 years ago: "chill out and make lemonade out of lemons".  It's very possible we'll be making lemonade for a long time as it's possible a completely new bridge will have to be built. 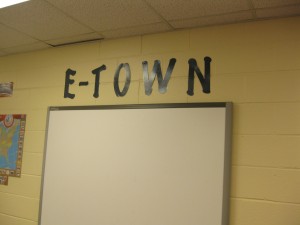 Morningside Elementary in Elizabethtown hit lead-off this year.  I taught the "Vanishing Bluegrass" program several times to the fourth graders and I just have to say:  They completely ''got it''.  Teaching 4th graders concepts about land conservation, "smart growth" and suburban sprawl isn't easy.  Some groups of kids get it - and some really don't.  But as fast as E-Town is growing, situated on I-65 and the Western KY Parkway, those kids see it every day.

The next day was another treat - on the banks of the Ohio River in Hancock County - Cloverport School.  I taught several programs throughout the afternoon, then an after-school program in the school cafeteria.  Although the county, like a lot of rural Kentucky counties, is plagued with poverty and the social issues that occur, the kids in Cloverport know they have an opportunity betterment at an excellent school.  And do you know how "poor" kids perform in the classroom when they have great teachers, those teachers have administrative support, and encouragement at home? They earn the William H. Natcher Elementary A National Blue Ribbon School of Excellence recognition.

My editorial comment here is - growing up in poverty doesn't make you "poor".  After teaching, I was treated to some down-home cooking at a non-descript little place called "Becky's".  And Becky's certainly lived up to expectations - a large hamburger with cheese and grilled onions, along with a large pile of hand-breaded onion rings.  I hear that breakfast might even be better!

The first week of outreach came to a close with my colleague, Liz Williams, teaching at Bowling Middle School in Owen County.  Liz had her own adversity to deal with as she relates her tale: (luckily, Liz is a big Shakespeare fan as well)

For my first outreach of the 2011-2012 school year I ventured out to Owen County, an hour and a half drive from the Kentucky Derby Museum.  I went to college for my undergraduate work at Northern Kentucky University so I am very familiar with Interstate 71, but I had never gone through Owenton before.  It was a straight shot off of the interstate, and I have started keeping a tally of the animals along the roadside.  There are the typical cows and horses, but I even saw sheep, chickens, and a few goats.  There was even a donkey rolling around on his back.  This city girl was enjoying the variety.

I arrived at the school and quickly realized that something was wrong.  There was the building that said the name, there were parking signs, and signs directing visitors to sign in at the office.  All of the usual school building pieces with one big exception: there were no cars or people.  But the school was marked so I thought that maybe there was a back parking lot I didn’t know about.  I gathered my things and walked to the front door (marked “Office”) and immediately knew I was in the wrong place.  The hallway was dark, and there were boxes, furniture and other items strewn about the floor.  This wasn’t a suitable place for kids, much less an educator in high heels. 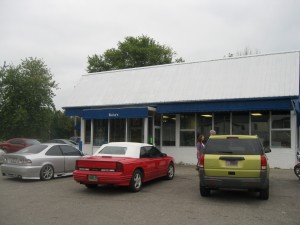 Thankfully I live in a world of cell phones, so when I called the school office and said “I’m from the Kentucky Derby Museum and something isn’t right,” they immediately knew I was at the old school.  Apparently they opened the new school after Christmas break last year and it was less than a half mile down the road to the new building.  I made it there in time for my first program, and I must say that the new building is great!  And yes, there were plenty of cars and people.

I taught a history lesson to the 8th grade students and they were great.  They were very well behaved and I even had some journalism students taking notes for their newspaper.  After teaching I made it back to Louisville just in time to get caught in the traffic of everyone trying to get to the U of L football game.  It was a great start to the school year, and it sets the bar high for the rest of my visits!

So that wraps up our first week of outreach.  It looks like we might be in store for a wild ride - but you can't trade these experiences for anything.  Next week, schools in Bellevue, Georgetown and Henderson are on the docket.   Until then, remember: 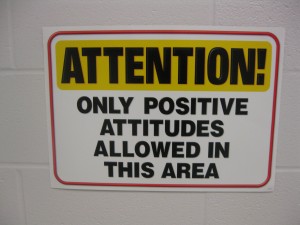