So you want to buy a Thoroughbred Racehorse and take a shot at winning the Kentucky Derby? Great! Time to get out the checkbook!

There are several ways to go about purchasing a Thoroughbred. Of course, one way is to get yourself a Thoroughbred farm and breed your own. The inner Bluegrass Region of Kentucky is home to some of the most successful Thoroughbred breeding farms in the world – Calumet, Claiborne, Jonabell and Three Chimneys are just a few examples of farms that have made their mark on Derby history.

If farming isn’t in your future, then you’ll need to buy a horse. Preferably a well bred, perfectly conformed horse with a keen combination of speed and stamina. Forget Craigslist and Facebook Marketplace – you need to go to the place to buy Thoroughbreds, and that is Lexington, Kentucky.

In Lexington, there are two major auction houses that host a variety of sales throughout the year: Fasig Tipton and Keeneland. Once there, you and your bloodstock agent (if you decide to hire one) can walk the shedrows, study the pedigrees, check confirmations and get ready to bid. Who knows? Maybe you can walk out of the sales ring with a bargain!

Because, yes, sometimes there are bargains to be had. As you’ll see, a horse doesn’t need perfect confirmation or sparkling pedigrees to win the Kentucky Derby. Sometimes what’s between the ears and the individual competitive drive – the heart - that each horse possesses can overcome any perceived shortcomings.

So don’t be discouraged when the bidding gets up in the millions! Here are some of the greatest “steals” in Derby history: 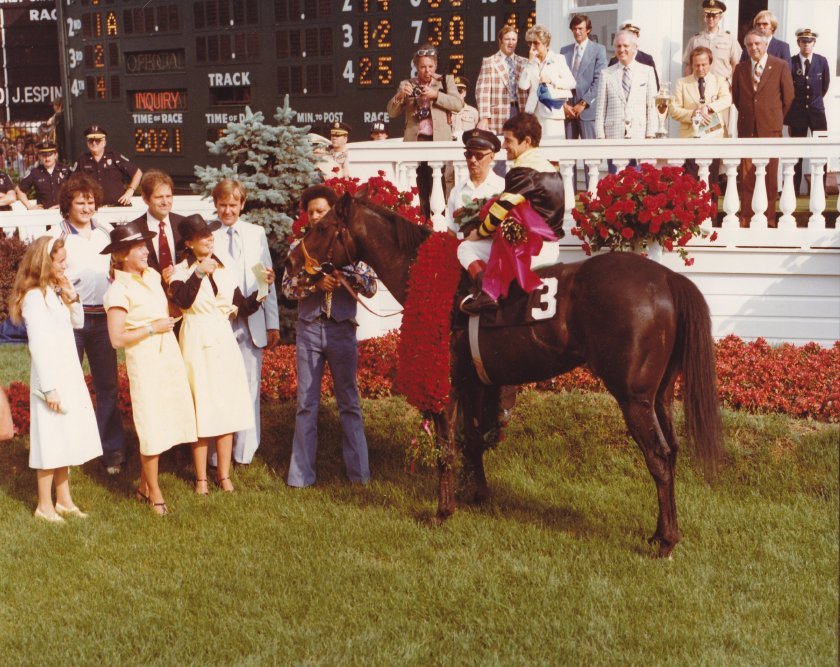 They called him Baby Huey. Gangly, clumsy and resembling nothing like a future champion, Seattle Slew wasn’t much to look at as a youngster. Although he grew into his body and his awkwardness morphed into incredible athletic power, his right forefoot turned out slightly. At the Fasig-Tipton sale, two couples from the Pacific Northwest thought he looked just fine with them and went over their $12,000 budget and bought the future Triple Crown winner for $17,500.

Although not nearly the cheapest Thoroughbred to win the Derby, Seattle Slew has to be the biggest bargain. Winning 14 of 17 races, he earned over $1.2 million on the track. But his real value came as a stallion – he became one of the most successful stallions in Thoroughbred history siring 128 stakes winners! 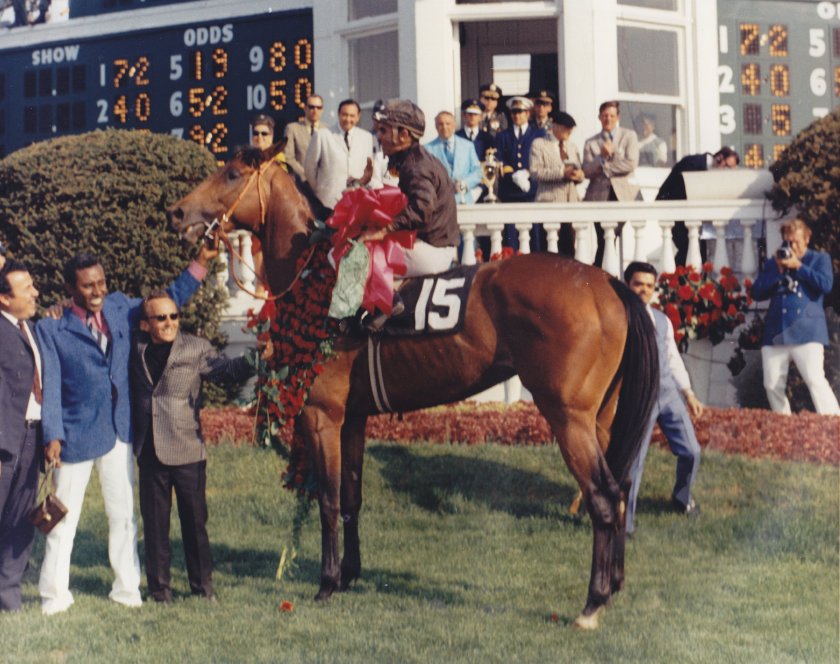 If this horse had not been part of “the field” in the 1971 Derby wagering pool, he may have gone off as the longest shot ever to take the roses. “The Caracas Cannonball” as he became known was the outsider of all outsiders. Bred in Kentucky, but possessing a noticeable crooked foreleg, he was sold for the dirt low price of $1200 to two Venezuelan breeders. After racing unknown competition in South America, he was entered into the 1971 Kentucky Derby as a total unknown.

After the race, he was an unknown no longer. Far back early on, he swept to the far outside and outran the field, taking home the purse of $145,500. Two weeks later he won the Preakness as well, before coming back down to earth in the Belmont. Not bad on a $1200 investment! 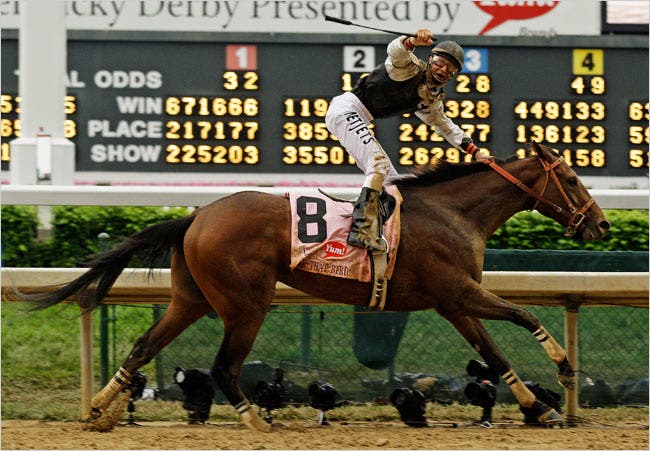 This horse was such an underdog, they made a movie about him. Mine That Bird sold at the 2007 Fasig Tipton sale for $9500. By the time he was finished racing, he had earned over two million.

His Derby was one for the ages: falling way back and seemingly living up to his 50-1 odds, the diminutive horse began picking up speed rounding the far turn, then was swung to the rail by Calvin Borel (Bo-Rail), driving past the entire 20 horse field and crossing 8 lengths ahead of the second place horse. He ran second in the Preakness, third in the Belmont, and was retired never winning another race.

A gelding, Mine That Bird currently lives the life of a celebrity in New Mexico, as one of the most unlikely Derby champions. 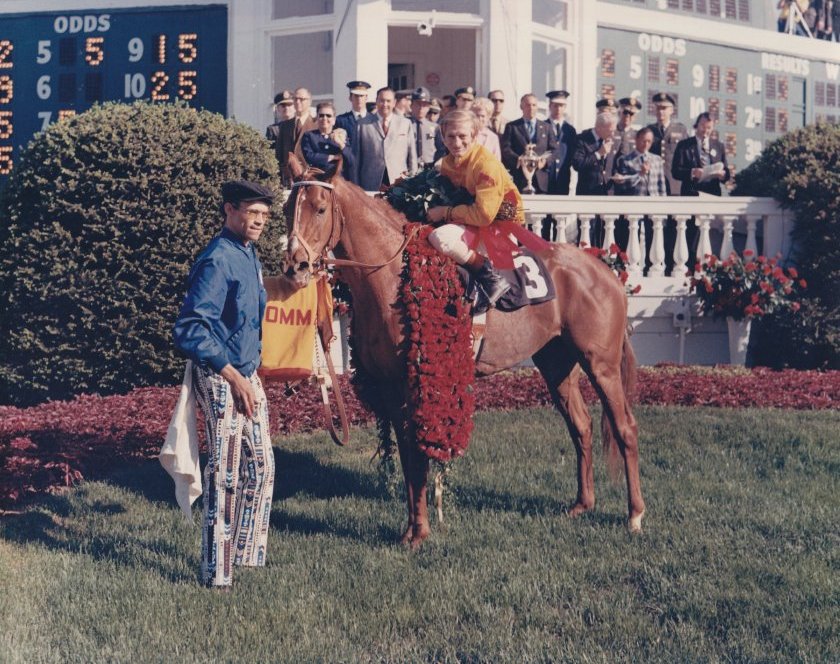 The only Illinois bred to ever win the Derby, Dust Commander was purchased by Robert E. Lehman for $6500 at the Keeneland yearling sale. He won the prestigious Bluegrass Stakes then followed that with a win in the 1970 Kentucky Derby. His final earnings were $215,000.

The Kentucky Derby Museum has the honor of being the final resting place of this Derby champion. 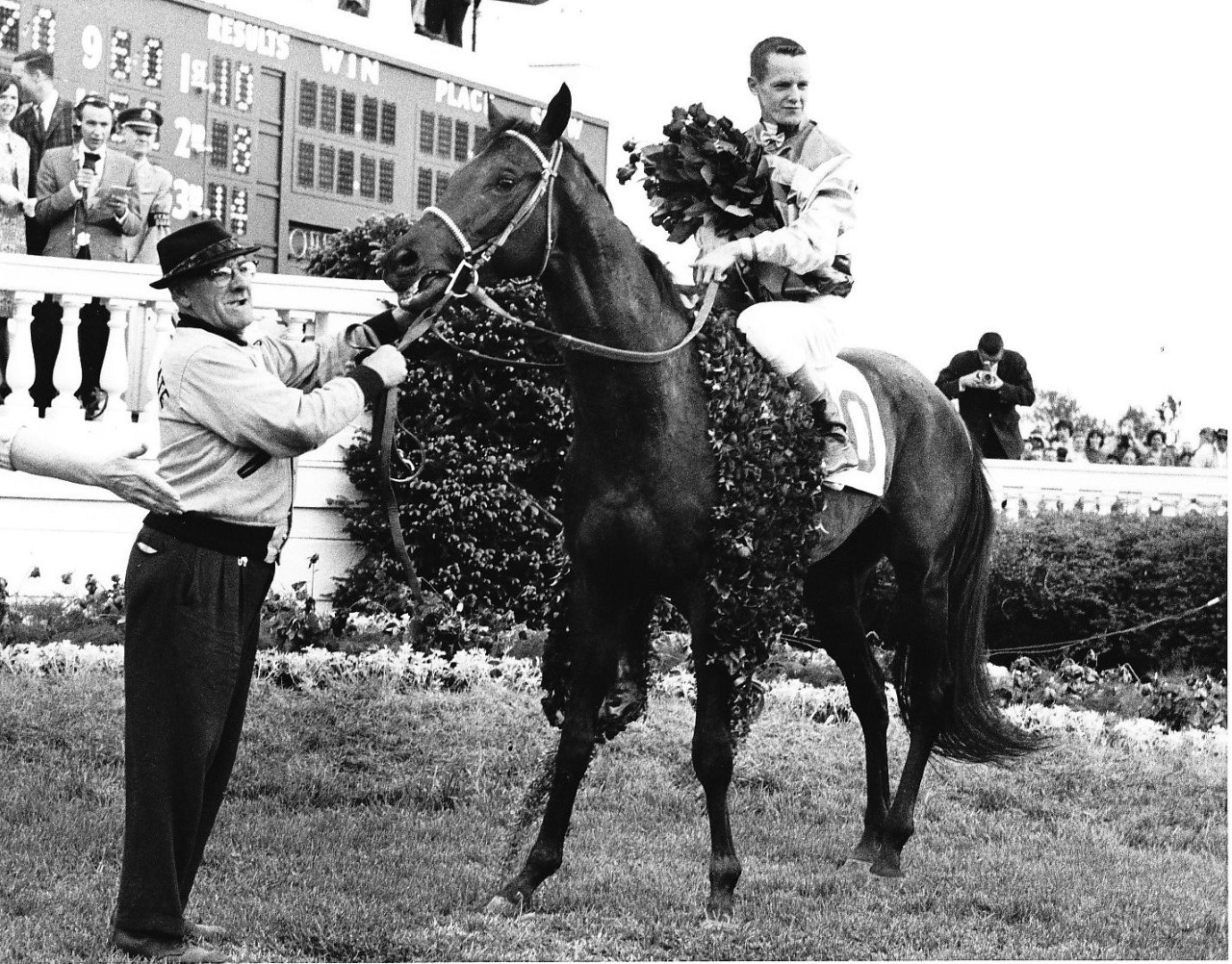 I’m cheating on this one. 1961 Derby champion Carry Back was never put through the auction ring, but his unlikely story deserves inclusion as one of the Derby’s greatest bargains. His sire was named Saggy. His dam was named Joppy. Joppy was bred to Saggy for a paltry $400. That would have been ridiculously low when the Derby began in 1875. This was 1957.

Saggy never won a race past six furlongs, and Joppy never won a race, eventually being banned from the racetrack because of her violent dislike of the starting gate. But the offspring, named Carry Back (and also buried at the Kentucky Derby Museum), won 21 of 61, including the 1961 Kentucky Derby and Preakness. He retired with earnings of over $1.4 million, and was critically acclaimed as “The People’s Choice”.