Sponsored by Watson's & The Storage Project and Derby City Gaming

Lance G. Newman of Louisville is the winner of the $2,000 Grand Prize 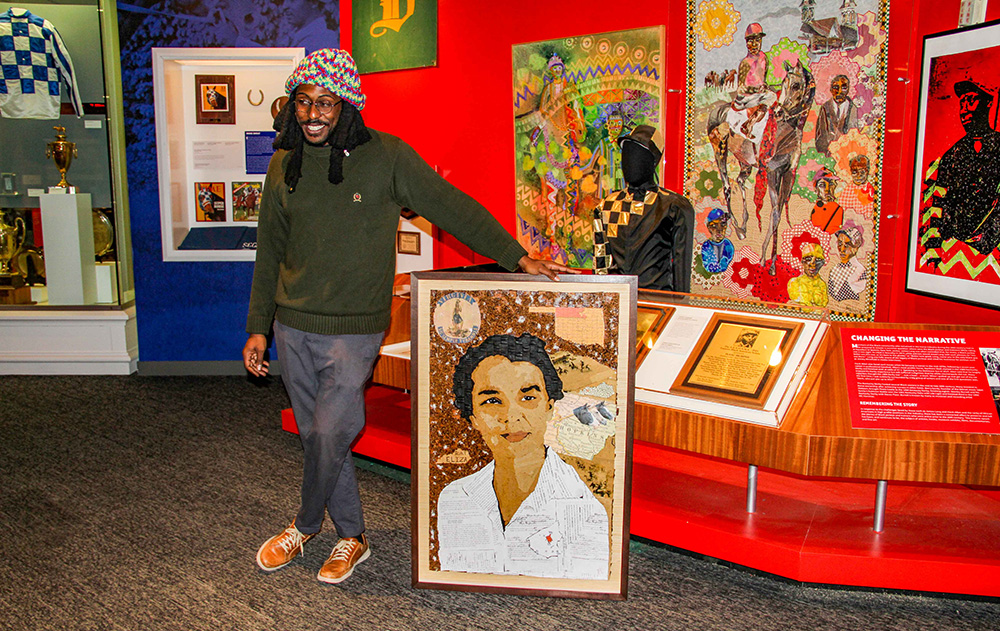 Kentucky Derby Museum is pleased to announce the Grand Prize winner of its Black Heritage in Racing Community Art Contest, sponsored by Watson's, Derby City Gaming and The Storage Project. Lance G. Newman of Louisville was notified of his win for his work, The Will of Aunt Eliza. Newman will receive a $2000 cash Grand Prize from contest sponsor Derby City Gaming.

When speaking about his work, Newman describes it as, "The Will of Aunt Eliza is an ode to a pioneering black horsewoman [Eliza Carpenter]. Born into slavery, she quickly inflicted her will on her condition and rose above and beyond the social standard of that day. The Will of Aunt Eliza stands as a reminder that no amount of oppression can halt the will of freedom."

Kentucky Derby Musuem is proud to play a role in the continued dialogue about the significant impact African American trainers, horse owners, and jockeys have had and continue to have on the sport of horse racing and the Kentucky Derby. "We are grateful for the support of our community partners in working to ensure the stories of Black horse men and women are told as an integral part of the Kentucky Derby's history," said Patrick Armstrong, Kentucky Derby Museum President and CEO.

In addition to the Grand Prize, cash prizes were also awarded to first, second and third place. Honorable mention awards were also given out to four other participating artists. Artist Simone Brown was awarded honorable mention and given an additional prize from Watson's which included a $2,500 gift card good for use in-store at their locations. This link will take you to images of the top five winning art pieces. 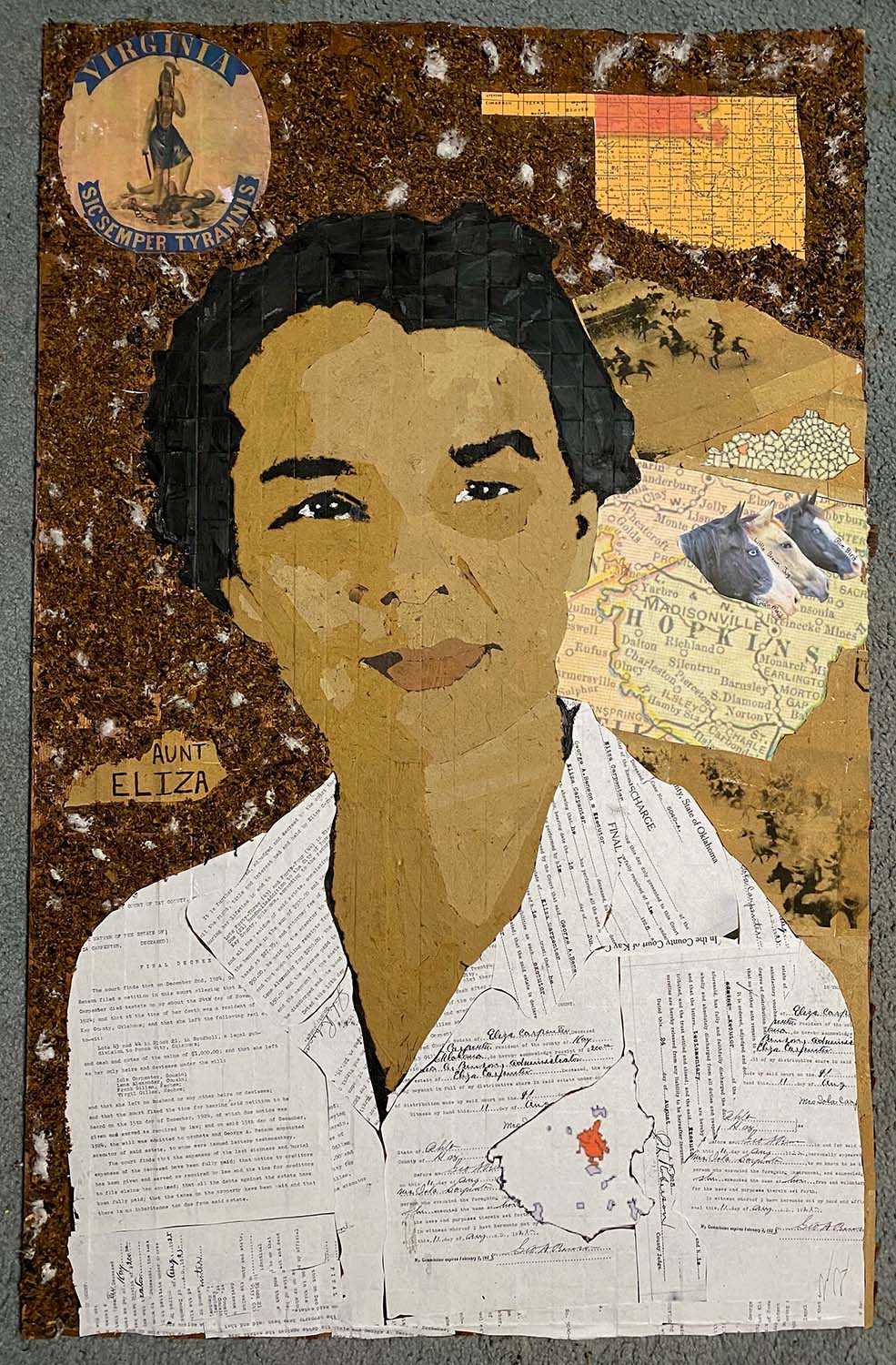 The Will of Aunt Eliza 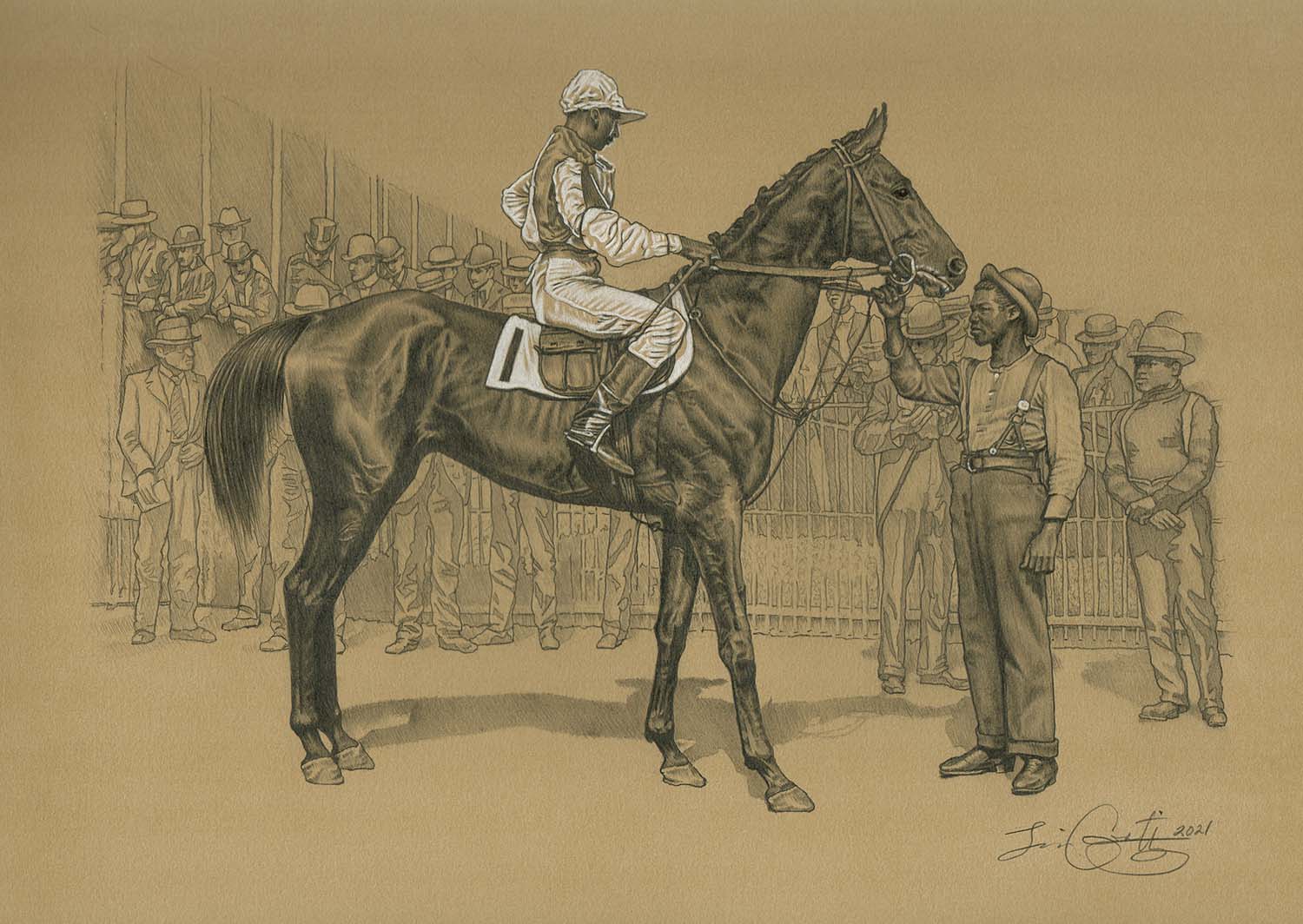 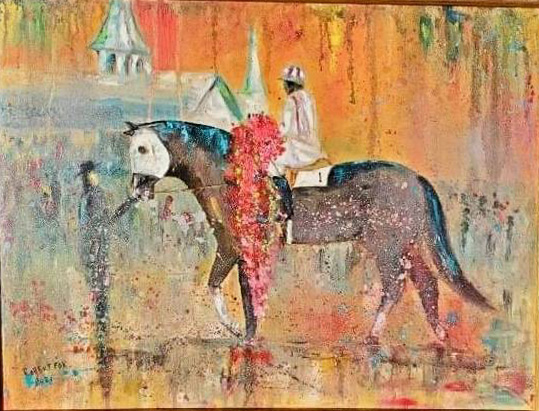 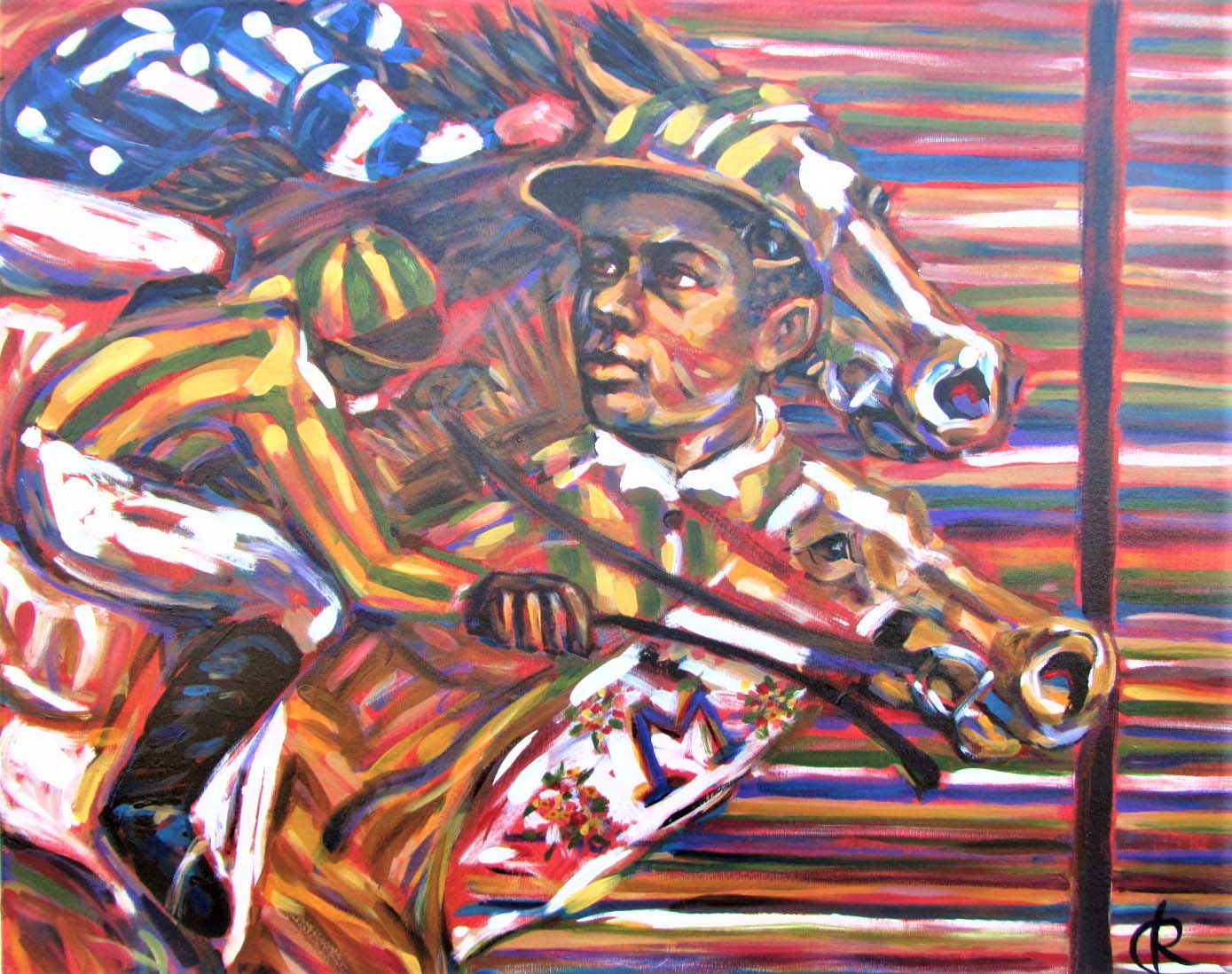 Jockey of Many Colors 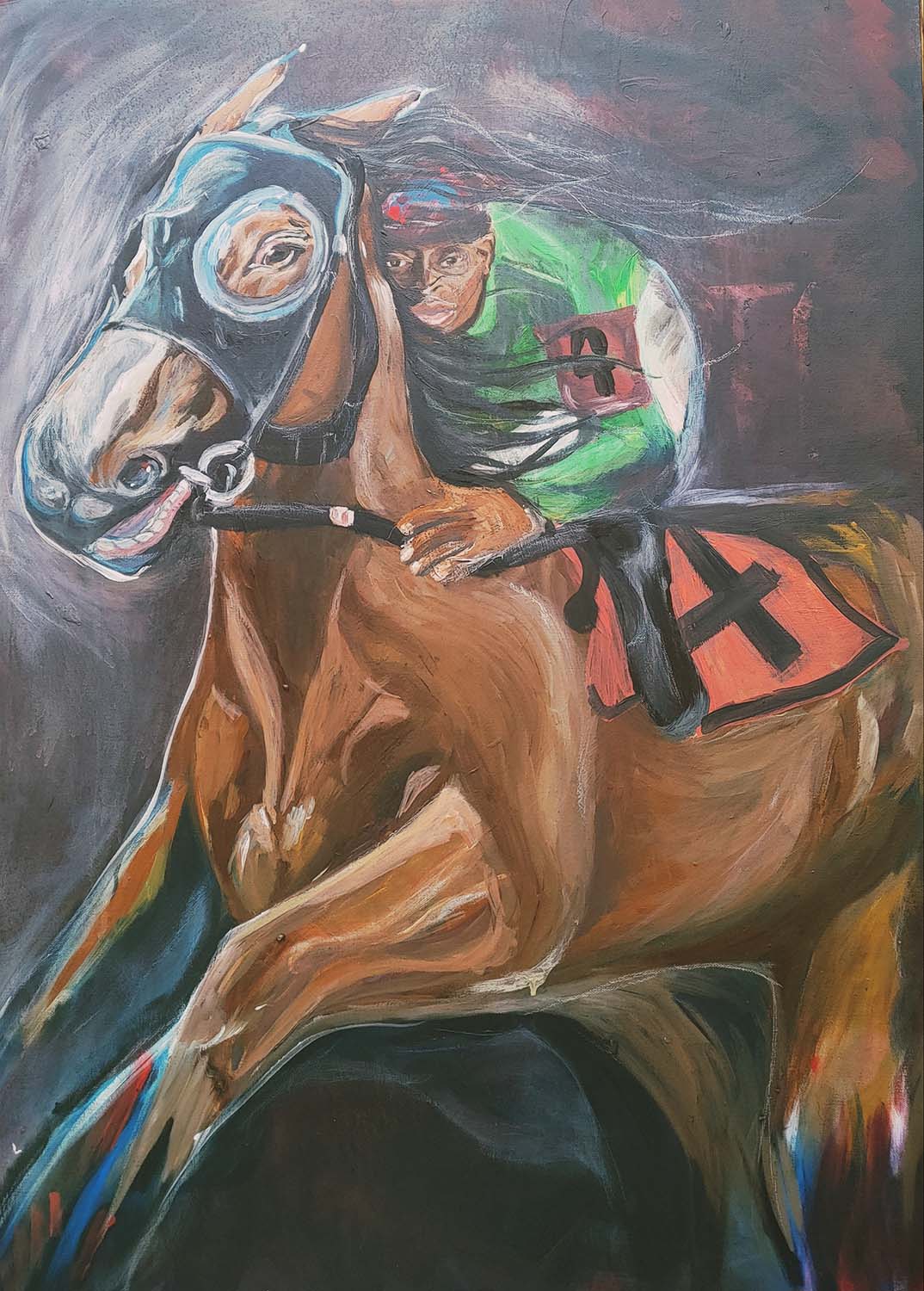 Lee Thomason, Untangle and Smooth: All for One Race 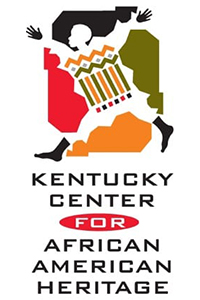 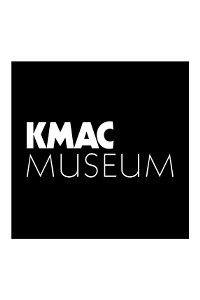 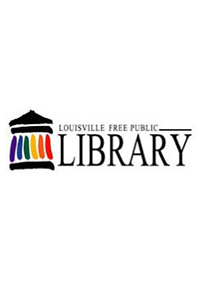 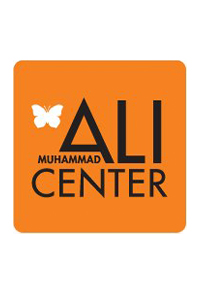 Preview the Black Heritage in Racing exhibit, and come see it in-person!
#derbyeveryday