In his most recent start, Au Moon beat the field at a distance of 1 1/16 on the dirt surface at Churchill Downs in September of 2014. The 8-year-old gelding ‘s owner, Tim Brown, thought a win would allow the horse to cross the finish line into retirement, living a quiet life on his sister’s farm in Kentucky. 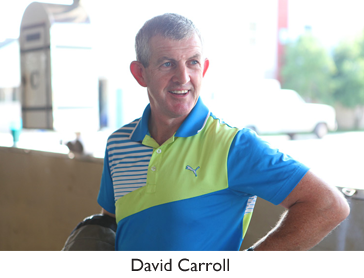 “In his last start, he was very impressive,” trainer David Carroll said. “The initial talk going into that race was if he could win, we would retire him. He was perfectly sound at that time but (Tim) Brown thought that would be a great way to end his career.”

But something kept Brown from officially declaring the horse’s career over. During Au Moon’s tenure at the Museum, where he greeted guests from April until June along with pal Miniature Horse Winston, it became clear why. The now 9-year-old horse simply loved being out training, which he was able to do due to the proximity of the Museum to Churchill Downs, on a couple of days each week.

“Being this close to the racetrack, he was getting a bit restless,” Carroll said. “He wanted to do more than he was doing. He was doing quite well.”

That got the Au Moon team excited about putting the horse back on the track. Since leaving the Museum, Carroll has been working with Au Moon to get him back in racing shape. He is targeted to run at Saratoga Race Track in early August. Carroll said it’s “night and day” the differences between Au Moon’s schedule and what it was over the summer.

“At the Museum he was training a few days a week,” Carroll said. “If he didn’t train when he was supposed to, it was no big deal. Once he came back to me, we had to get him back in shape again, training six days a week. He wants to come back and wants to compete. We’re excited to see where he is now.”

Thanks to the willingness of the Brown family, for the remainder of Au Moon’s career, a portion of his earnings will be donated back to the Museum’s endowment, capitalizing on the unique relationship between the horse and his former home.

“That’s all the Brown family,” Carroll said. “That’s the kind of people they are. It’s been a lot of fun for me and my family. We’re lucky to be part of it.” 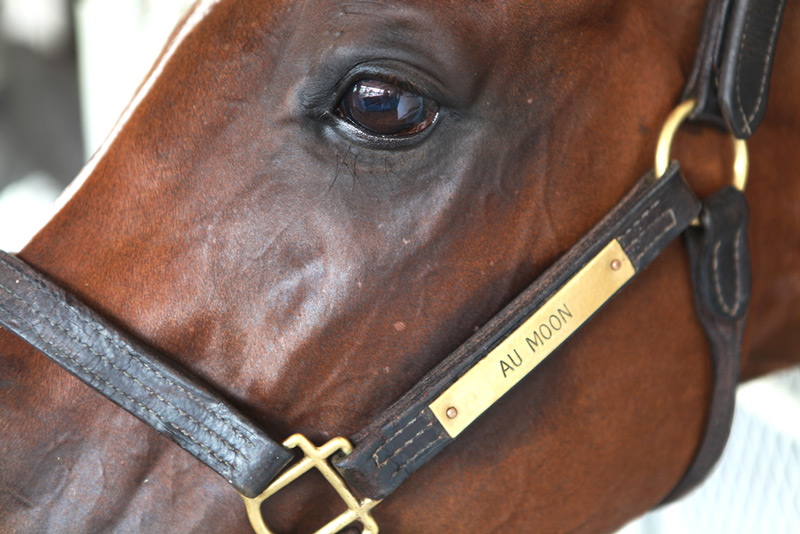 Au Moon will enter his next race with a record of 6-3-7 and career earnings of $188,922. As long as the horse continues to enjoy what he’s doing, Carroll said they will provide him opportunities to run.

“This is all about the horse doing what he wants to do,” Carroll said. “He’s part of the family. He’s had some time off, but he’s a character. We’ve had some highs and lows, but never a dull moment.”