We have Bob Baffert to thank for ending two long horse racing droughts. With American Pharoah, Baffert gave us the first Triple Crown winner in thirty-seven years, a monumental feat crowds greeted with the kind of fervor not seen since Secretariat tore through the previous gap of twenty-five. With Justify, Baffert became the only other trainer in history—besides James “Sunny Jim” Fitzsimmons of Gallant Fox (1930) and Omaha (1935) fame—to have six jewels in his racing Triple Crown. 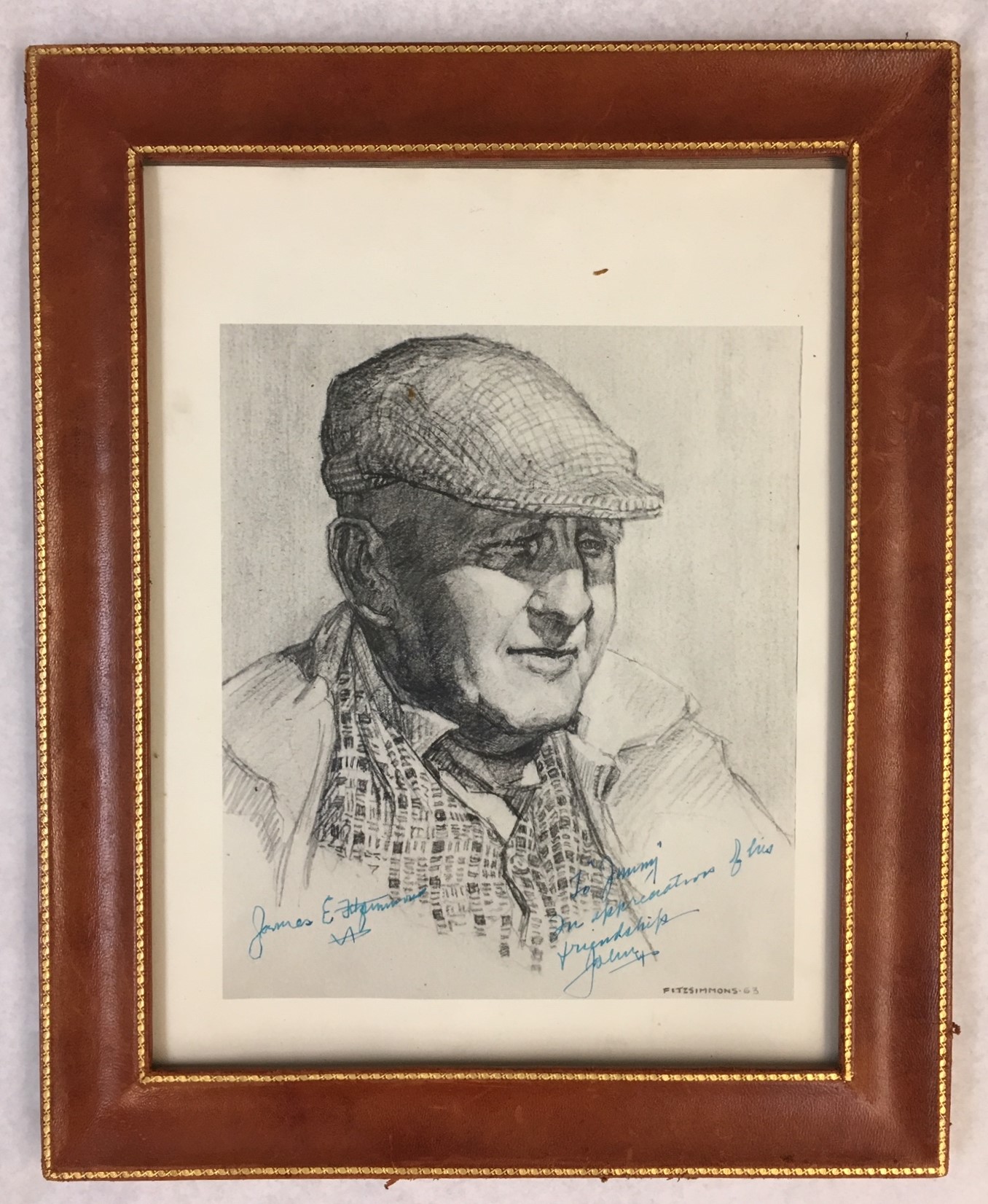 Baffert got his start breaking and exercising Quarter Horses on his family’s ranch in Nogales, Arizona. He spent his early career cutting his teeth as a leading Quarter Horse trainer, first in Arizona, then in California. In 1988, horse owner Mike Pegram—who would later own Baffert’s Triple Crown-hopeful Real Quiet—suggested Baffert make the switch from training Quarter Horses to training Thoroughbreds. With the encouragement of other colleagues and friends under his belt, he sold the majority of his Quarter Horses and loaded his stables with a growing list of Thoroughbred stakes claimers. 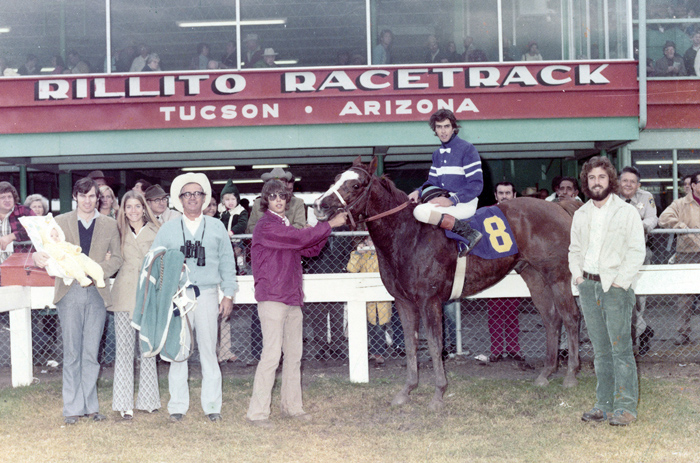 A young Bob Baffert aboard his mount in 1974. Photo courtesy of Bob Baffert. 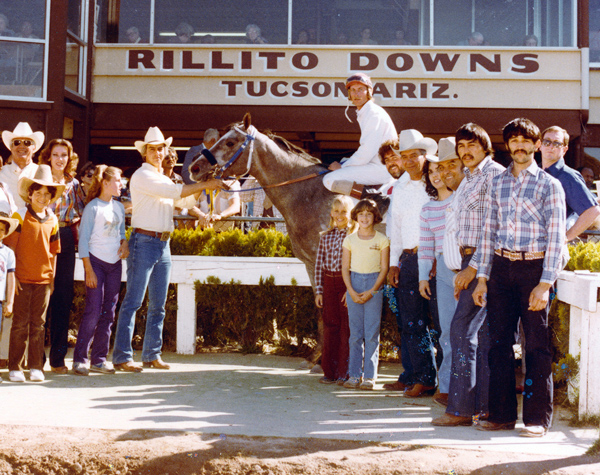 Bob Baffert with one of his Quarter Horses in 1981. Photo courtesy of Bob Baffert.

Baffert’s switch started getting results immediately. Though he lost to Lukas by a nose in the 1996 Kentucky Derby with Cavonnier, it wasn’t long before Baffert was within reach of the elusive Triple Crown. The monumental win with American Pharoah in 2015 placed him in the rare company of ten other Triple Crown-winning trainers; the win with Justify placed him in the rarest company of just one other, making Bob Baffert the most well-known trainer in the business.

In an interview following his 2015 championship sweep with American Pharoah, Baffert said, “It’s still hard for me to imagine that I did it—this kid from Nogales, Arizona that used to be strapped onto horses with golf balls in his pocket, running through barbed wire fences, and coming up the way I did through the bushes and the Quarter Horse tracks—to winning the Triple Crown. It was the dirt road to the Derby for me. I still haven’t completely absorbed that I am a Triple Crown trainer. I don’t feel like I’m any different than I was before, when I was training Quarter Horses.” Perhaps Baffert’s connection with his Quarter Horse days was the key all along. 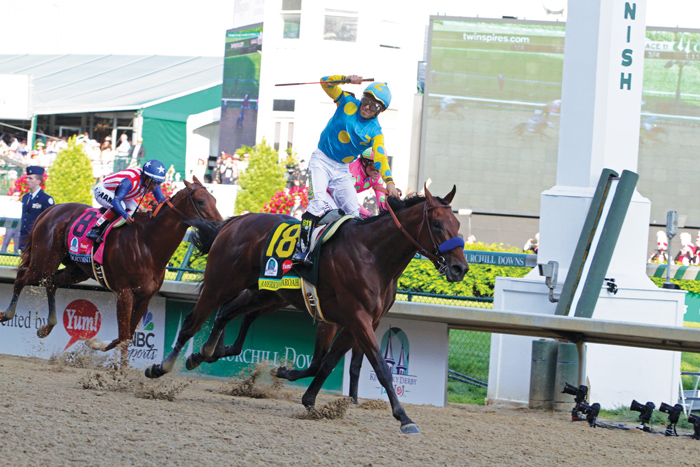 Baffert’s primary training concerns, which have consistently been the two pillars he uses to build his champion horses, are impeccable fitness and athletic conformation. His peers comment on his ability to select superior horses quickly and efficiently; he is especially vigilant in finding horses with the kind of muscular hindquarters that are often associated with Quarter Horse power. Justify was a perfect exemplar of this method. Justify’s innate athleticism and powerful frame responded well to Baffert’s style that sought to develop both speed and stamina in him.  It was a recipe for Triple Crown domination. 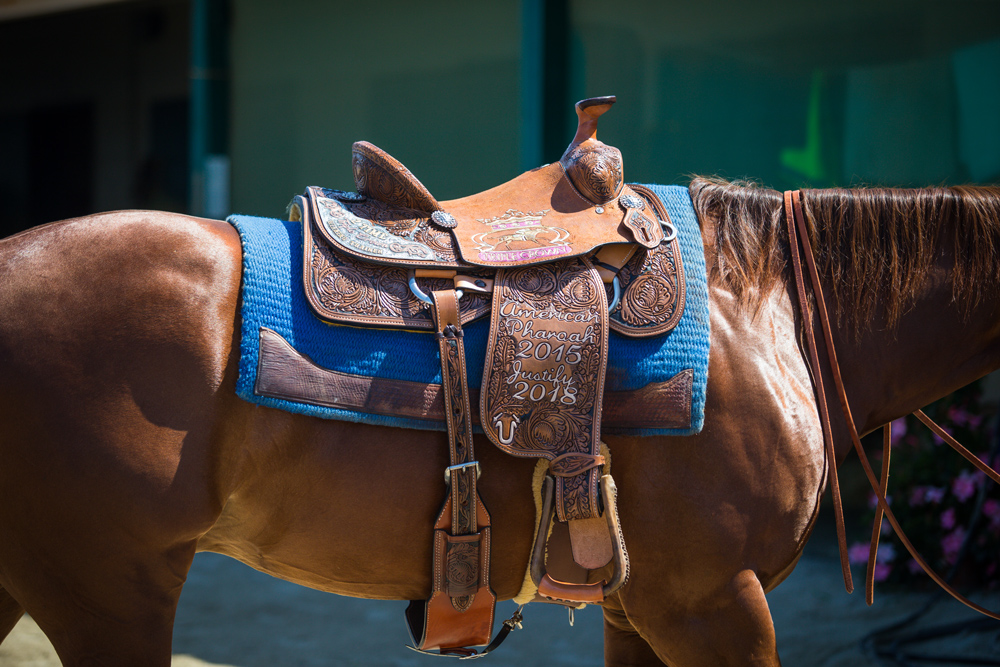 In an interview with John Scheinman of BloodHorse, Bob Baffert says of his horses, “Some can take it, some can’t take it. The good ones, they can take the work. You need to give them the work. They need that foundation.” Later in the interview, Baffert says something that immediately conjures images of American Pharoah and Justify: “You can’t be afraid to train, especially those good horses. They’re going to give it to you. If you have them fit, and they look happy and keep their weight, they’ll give it to you.”