The Official Kentucky Derby Mint Julep Glass has been a popular collectible for many years, even though its creation was not entirely intentional. In 1938, Churchill Downs produced water glasses that could be found in the track’s dining areas. Many guests took these home, and official glasses have been produced ever since. Due to its wide availability, the official glass has always been popular with collectors. Consequently, limited production runs or mistakes can make these highly sought after at auctions and other places of public sale. Of course, 2020 has presented a unique wrinkle. With the Kentucky Derby being postponed, the 146th Kentucky Derby glass has the date of May 2nd. Will the date change increase the value to collectors? 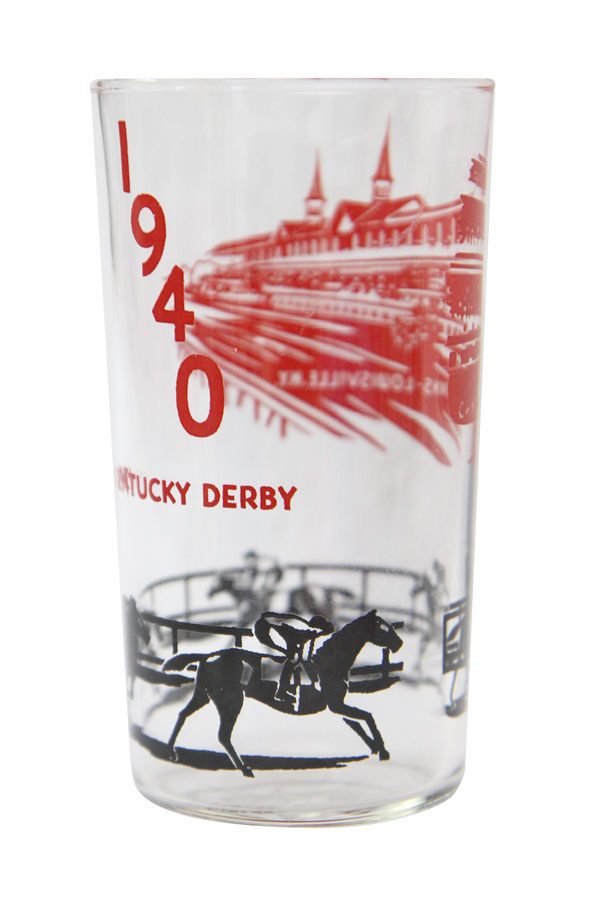 The earliest glasses had smaller numbers produced, which correlates to the rarity. An example is the 1940 dated glass, which is widely seen as the rarest of the official collection and is possibly the most sought after among enthusiasts. There is a companion glass for 1940 that is not dated and also an aluminum tumbler. Neither has quite the collector value of the dated edition. The tumbler was a preview of the war years, as glass became a rationed resource. So, from 1942-1944, colorful ceramic-type glasses made by the Beetleware Company were produced.

Production issues can also attribute to collectible value. The 1956 glass became highly sought after due to an error in the production run, which caused a varying number of stars and horse tails printed per glass. There are four variations, the most rare being the one that has one star and three tails. Another example is the 1958 glass, which has two versions. The main one is referred to as the “gold bar” glass due to its gold imprint that features etchings of one of the iconic Twin Spires and a horse and jockey profile. The second version consisted of the left over stock of the 1957 glass and sold strictly in the infield. The sole difference from the 1957 glass is a “1957 Iron Liege” etching along the top edge noting the immediate past Derby winner. The latter is seen as more rare. 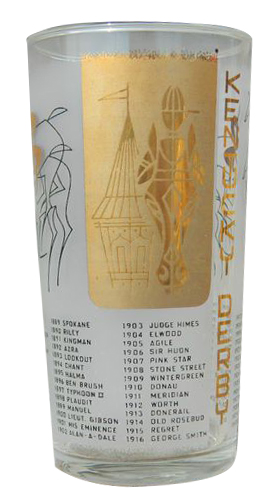 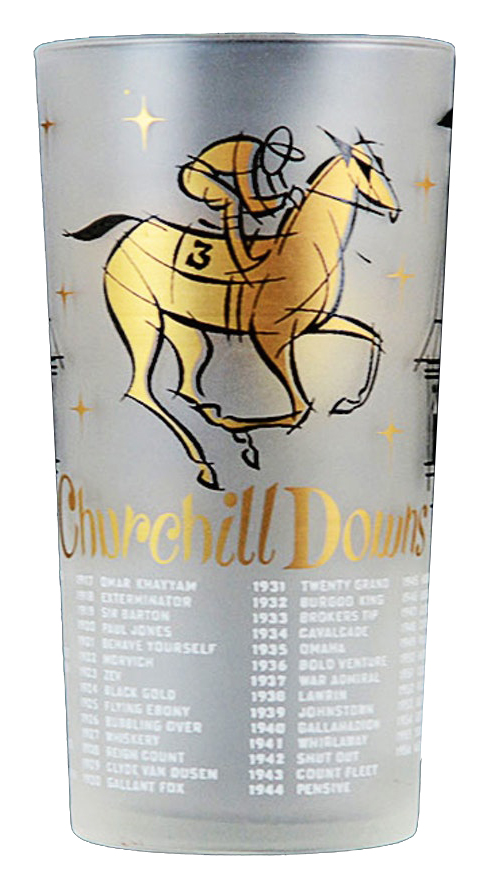 Another variable in the collectible value of an official glass is the date produced. When the tradition began, Churchill Downs sold the glasses exclusively. In 1974, the track began allowing retail outlets to also sell the collectible, resulting in increased production runs and wider availability. In general, those glasses are in lesser demand. However, production mistakes can change that. For example, in 2003, the first run of the official glass incorrectly noted 1932 Derby winner Burgoo King as a Triple Crown winner instead of War Admiral, who completed the sweep in 1937. Once Churchill Downs announced that a corrected glass would be made, some tried to buy multiples of the incorrect version in the hopes of procuring a rare, valuable collector’s item.

So, back to the original question, will the 2020 edition become one of the most collectible of Derby glasses? Historically speaking, it will be a tangible reminder of one of the most unique runnings in the event’s 146 years. As for future resale, only the passing of time will answer that question. Still, you want to complete your collection don’t you? Why not grab a couple of extra just in case?