The year 2020 will mark the 125th anniversary of the Twin Spires of Churchill Downs. As the iconic feature of the physical plant, these components of the grandstand have been compared to church towers by some, a statement on both the physical appearance as well as the significance to race fans and many citizens of Kentucky. Throughout their history, the Twin Spires have served as a promotional vehicle, been a source of important stories and provided a strong sense of place.

The Twin Spires debuted in 1895 as part of a new grandstand, designed by 24-year-old Joseph Baldez. According to Churchill Downs, the original plans did not include the Twin Spires along the roofline. The architect added these as “he felt the structure needed something to give it a striking appearance.” Described as towers in the original drawings, the Spires provide an ornate contrast to the simplicity of the grandstand. Baldez designed other structures, but this might be the one for which he is most remembered. It is said that Churchill Downs Executive Matt Winn told Baldez, "Joe when you die there's one monument that will never be taken down, the Twin Spires.” 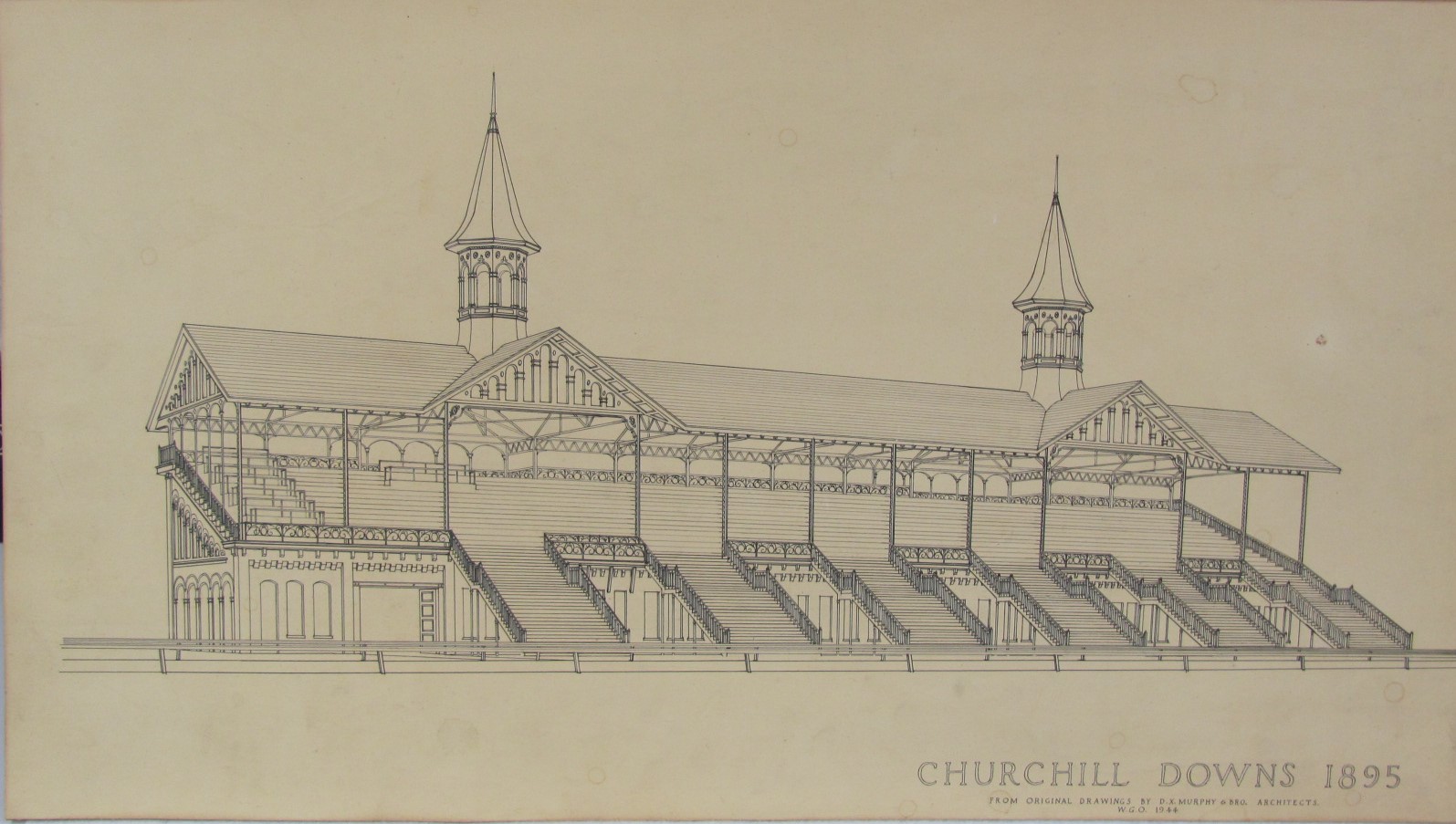 Since the early-to-mid 20th century, the Twin Spires have been a leading component of the Churchill Downs brand, well before this term entered our lexicon. While combing through early 20th century newspapers, your eyes are often drawn to this iconic feature. 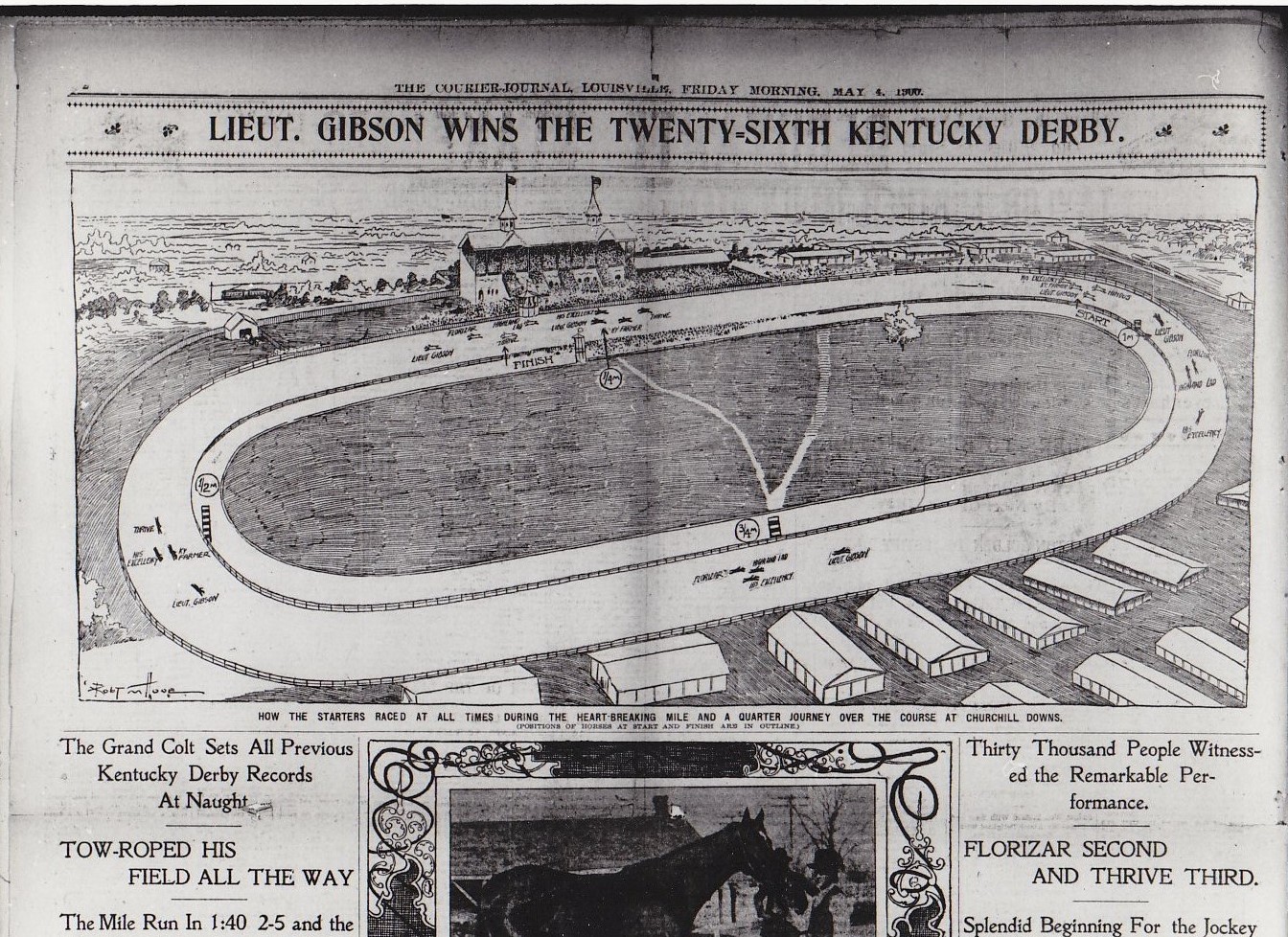 Inevitably, the Twin Spires became part of an array of souvenir items and have also been incorporated into folk art. 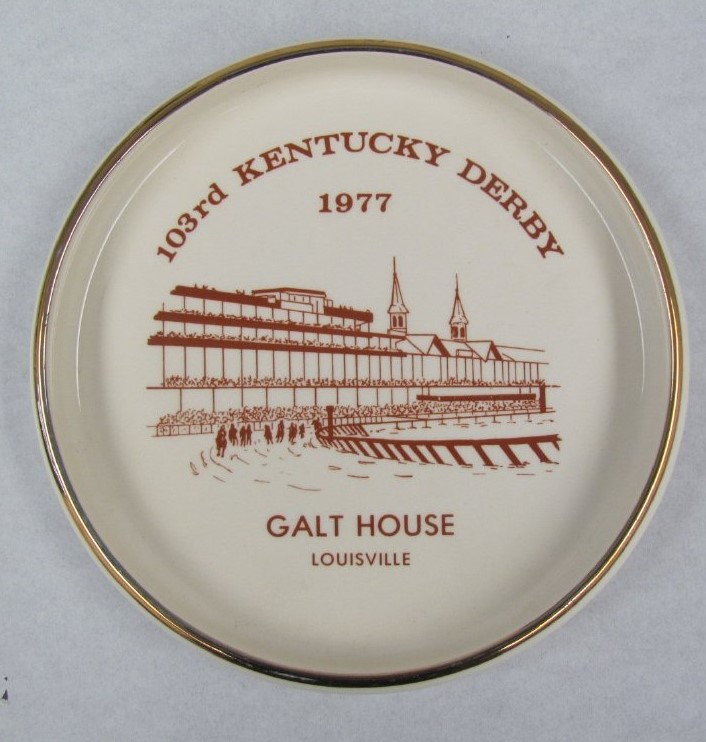 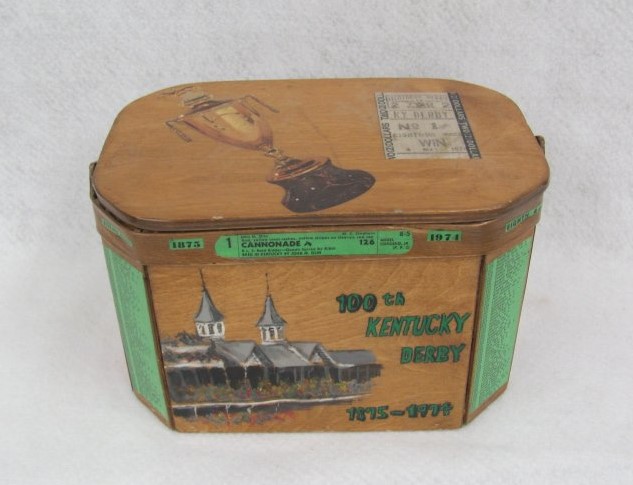 In fact, actual pieces of the Twin Spires have been popular collectibles. For the 100th Kentucky Derby in 1974, Churchill Downs created commemorative plaques with actual tile from the structures.

In 2003, as part of a major renovation and expansion project, the track presented a souvenir piece consisting of wood from the Twin Spires. 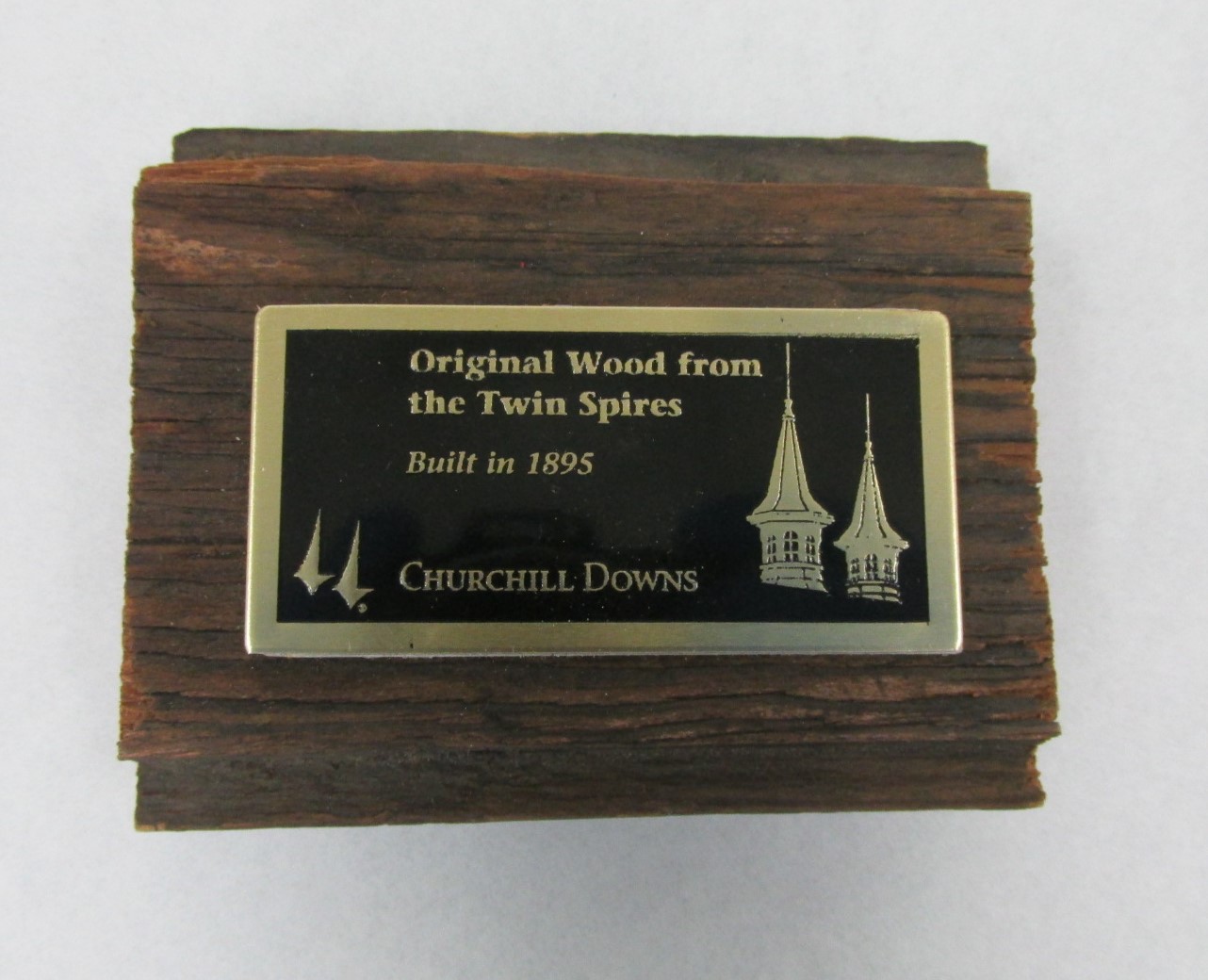 This expansion provided the Kentucky Derby Museum with one of its most significant artifacts and a tie to the history of the Twin Spires. As part of this project, the structures were refurbished. Workers inside the North Spire found a very worn, but relatively complete, American flag. The team immediately brought the artifact to the Museum wrapped in newspaper. Each time the item was unrolled, bits of fabric were left behind. Fortunately, textile conservators stabilized the flag and placed it in a frame for permanent exhibition. Although the loss of the star pattern makes it difficult to note date of creation, flag experts provided an estimate between 1905 and 1914. This artifact adds even greater significance to turn of the 20th century photos depicting flags flying from the Spires. 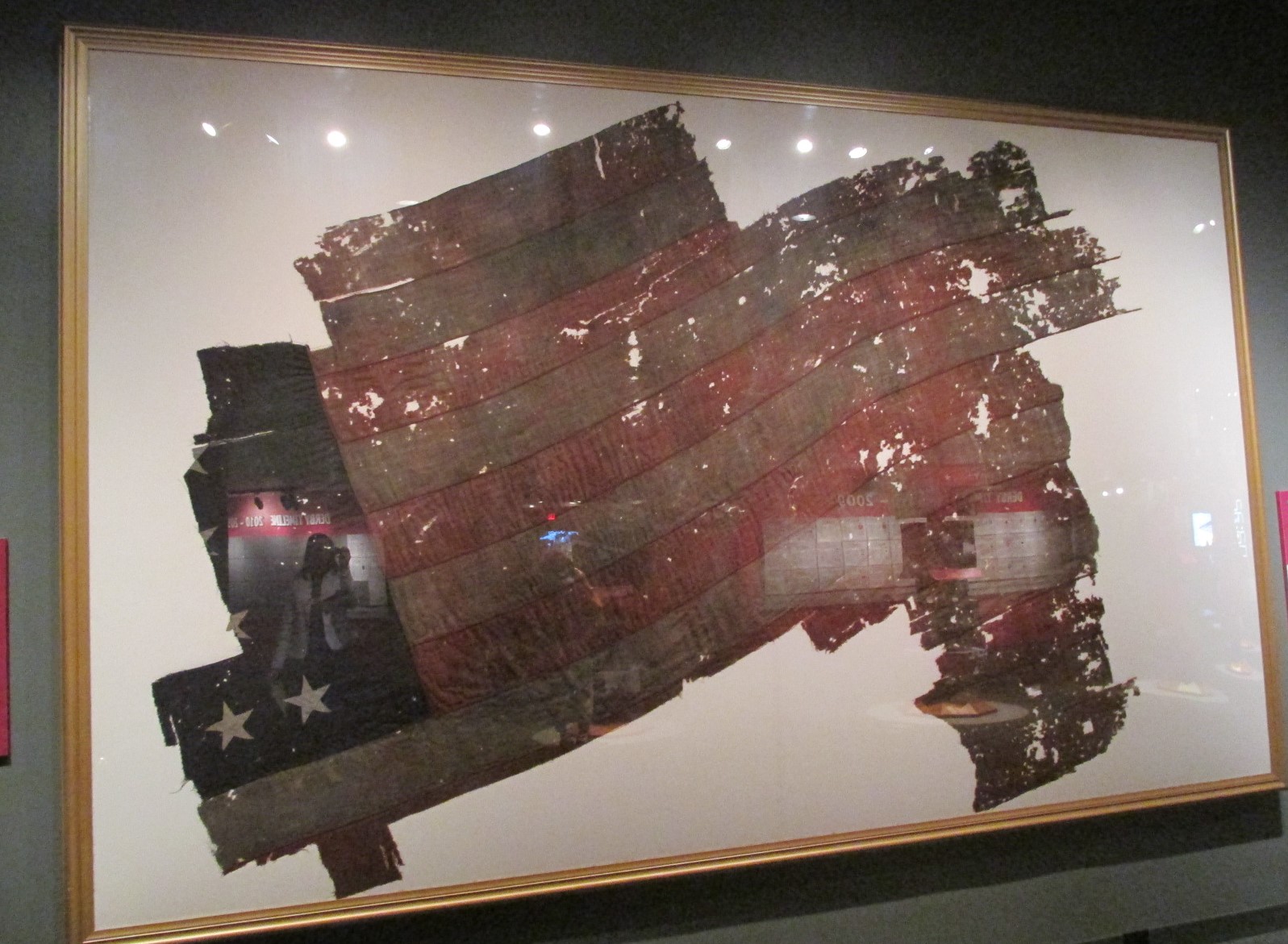 (Twin Spires flag, framed and on display in the Kentucky Derby Museum) 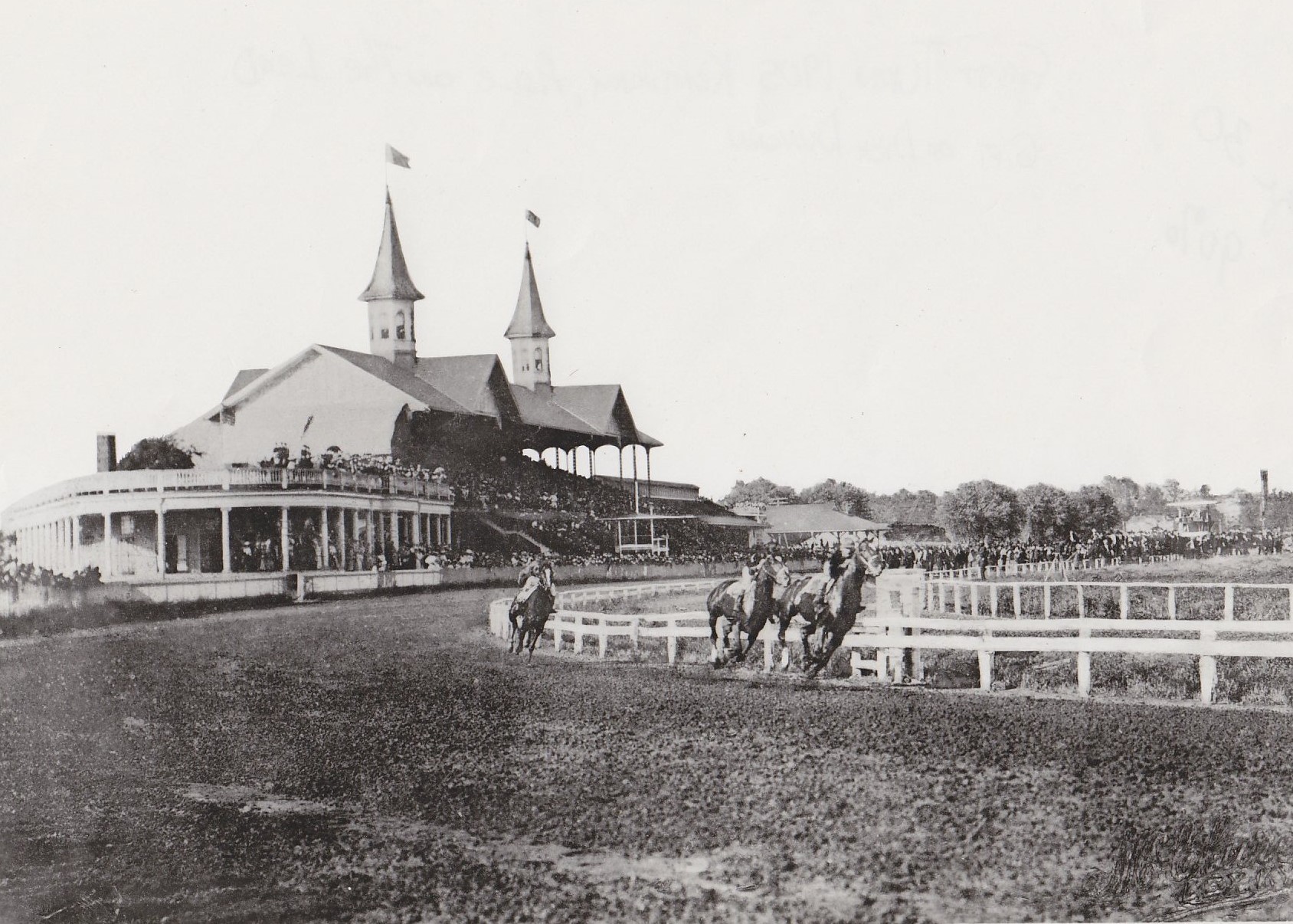 However, reverence for the Twin Spires is not limited to those most closely connected to Churchill Downs and the Museum. It extends both locally and nationally. On the 100th anniversary of the Twin Spires in 1995, Hal Bock of the Los Angeles Times wrote eloquently about their importance: “They stand majestically atop the grandstand at Churchill Downs, two wonderfully unique exclamation points highlighting the skyline of America’s most famous race track.” For locals, the Twin Spires provide a sense of place and a reminder of the Derby as Louisville’s premier event. So strong is the belief that these icons are “sacred ground,” some local writers, such as sports and culture columnist CD Kaplan, have lamented the fact that the Twin Spires are no longer the highest point of the facility.

For 125 years, the Twin Spires have served as the iconic landmark of Churchill Downs. Initially designed and created as simply an addition, these structures have become permanently linked to Churchill Downs and the Kentucky Derby. Used countless times over the years as a promotional tool, links to countless stories and a reminder of place, the Twin Spires have become a revered symbol. Cheers to the next 125 years!