The Goose Family: My Connection to the Kentucky Derby

Much has been written into Derby history about the winner of the 1913 Derby. Donerail and his jockey Roscoe Goose are generally lauded each year at Derby time for being the biggest longshots to capture the Kentucky Derby. The 1913 Kentucky Oaks race was won by a filly named Cream and ridden by a young jockey named Carl Ganz. What makes this unusual is the jockeys that won those races that year were brothers. Roscoe was older and established as a jockey, so when young Carl decided to start his career, he chose to ride under the name of Ganz, the German version of Goose, to avoid confusion with his brother. The Oaks and Derby were run two weeks apart that year and that, along with the two jockey’s surnames being different, led to the story of the brothers winning the closely connected races to be lost. But their stories have always been very special to me, as my mother was a Goose! Roscoe and Carl were my great uncles.

There were five Goose children, all boys born to Rufus and Catherine Goose of Jeffersontown, KY. Times were hard then for the family. Rufus was injured in the Civil War, and the injury led him to become blind and unable to work. With five boys to raise and very little money, the children found jobs to help support their family. Roscoe, the middle boy, found a job at age eight that set his course in life. Each night, he rode the horses that pulled daytime delivery wagons to the blacksmith shop to be reshod. Because it was required to move the horses at a fast pace to get the job done, Roscoe became accustomed to not only the horses themselves but also going very fast through the deserted city streets. As he got older, he remained small in stature, and it was brought to his attention that there was a job that required you to be small and fearless, a jockey!

Roscoe went on to become a very good jockey. He was leading rider at many meets, including six race meets at Churchill Downs. His first race was in 1906, and he rode races through 1918. His greatest accomplishment was winning the Kentucky Derby in 1913. It was a race that he almost didn’t get to ride in, as owner and trainer T. P Hayes, wasn’t keen on running Donerail. Hayes had been very impressed with Donerail over the winter of 1912 and had bragged about him to his friends. They took him at his word and bet heavily on Donerail in the future bets for the Derby. This did not set well with the owner, who watched the odds rapidly drop on his horse. Hayes also liked to place a wager on his horses and he felt he had ruined his chance of getting a big payoff by talking about his horse too much, too early. And then the horse turned in a poor performance in his last race at Keeneland before the Derby. It was then that Hayes made the decision to not run his horse and instructed the jockey to try to find another mount for the race. Roscoe was downhearted as he felt the horse had a legitimate chance to win. Roscoe continued to lobby Hayes to give the horse a chance. Hayes finally conceded to run the horse and instructed Roscoe to just try to get a piece of the purse, which he certainly did! During his career Roscoe rode in two other Derbys but failed to hit the board in either race. He did however ride the winner of the 1916 Kentucky Oaks, Kathleen. 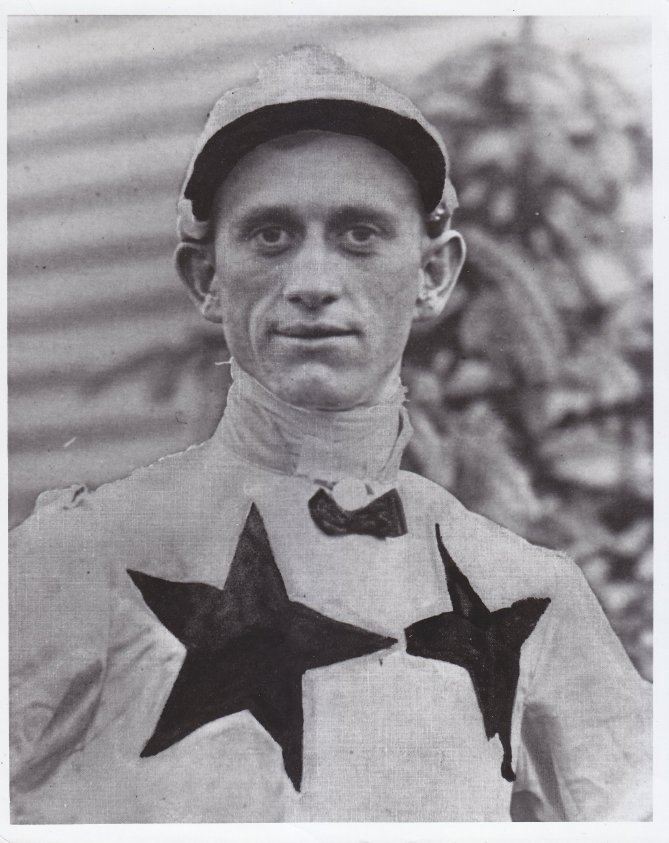 The 1913 Spring racing meet was also a career defining score for another Goose brother, Carl, who was born in 1893 and two years younger than Roscoe. He started his jockey career at age sixteen in Canada where he led all jockeys in wins in 1909. His abilities quickly caught the eye of E.R. Bradley, the owner of Idle Hour Farm. Bradley arranged to secure the contract for the jockey’s services, and he came back to the states to ride. Carl was noted in a 1913 Courier Journal newspaper article to be a jockey who was known for his “fearless riding, judge of pace and wonderful finishing qualities”. In fact, Carl had a mount for Bradley’s Idle Hour Farm in the 1913 Derby that was unfortunately scratched from the race before it was run. But he did secure a mount in the 1913 Kentucky Oaks on Cream and she was the winner! The Oaks was run on May 24th, which was two weeks later than the May 10th Derby. With the money that they earned from the wins, the brothers combined the winnings and bought a house on South Third St, just blocks from Churchill Downs, for their mother and family to live in.

In the fall of 1913, Carl wrote a letter to his brother asking him to contact Mr. Bradley and let him know that he was struggling to make the weight needed to be a jockey. He felt that his constant dieting was not good for his health and wanted to resign. He also asked his brother to take all of his tack and equipment and to sell it, as he would no longer need it. Both brothers were thrifty, and Carl felt he had saved enough of his money from riding to start another business. Mr. Bradley replied to him that he wanted him to stay in his employ, where he could continue to ride with the opportunity to later become a trainer. The offer was accepted, and Carl continued on with Idle Hour Farm where he was earning $250 a month and also had the ability to ride horses for other owners. In the fall of 1915, Carl was riding an Idle Hour Farm horse named Beach Comber in a race at Latonia in northern Kentucky. The horse broke from the gate and became erratic, throwing the jockey to the ground where another horse stumbled over him. Carl had sustained a fractured skull and never regained consciousness. His body was brought home to the house on South Third Street, and he was buried in Cave Hill Cemetery alongside his mother and father. In his obituaries he was lauded as a “most popular rider with qualifications of first-class jockey, but was a thorough gentleman and beloved by all that knew him”. Roscoe was quoted in a Courier Journal story as saying, “Carl was a much better rider than I ever thought I was”.

The death of his brother was especially hard for Roscoe, as he had lost his mother the year before in a house fire at the home. Roscoe continued to ride through 1918 and fought hard for safety regulations to protect both the jockeys and horse. Carl’s accident happened at a time when jockeys wore only a satin cap, without even the leather skull cap that was introduced shortly after. Roscoe lobbied hard for a stronger, safer jockey helmet to be made. After his retirement, Roscoe became a successful trainer and bloodstock agent. His most famous client was J. Graham Brown, the owner of the Brown Hotel in Louisville. The men became great friends as well as business partners and could be found sitting and talking for hours in Roscoe’s back yard. 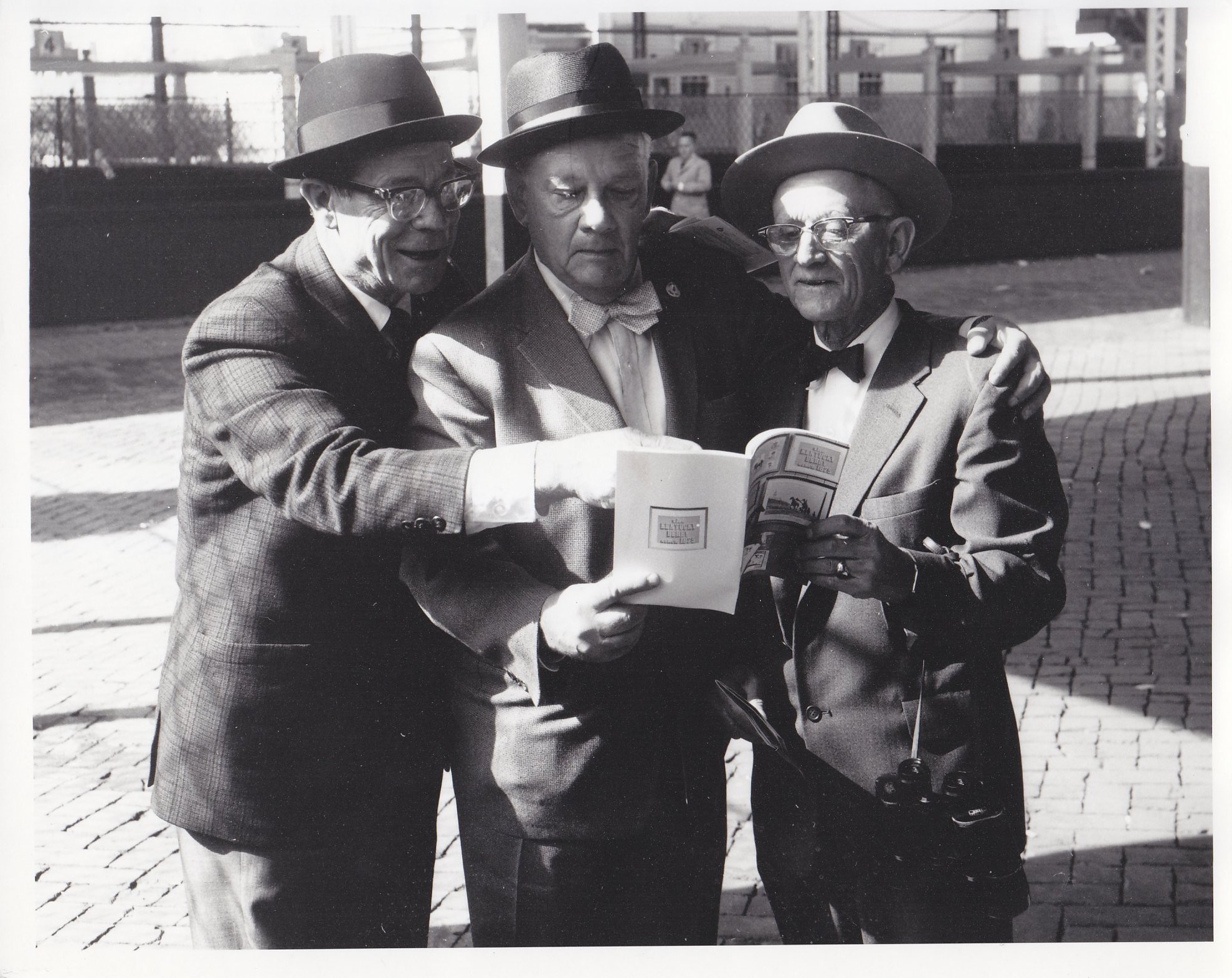 Roscoe married and remained in his home on South Third until he died in 1968. Although I share a version of Carl’s name, I really didn’t know that much about him. Roscoe would visit our home every Saturday morning the last couple of years of his life, but he rarely mentioned Carl. I visited his home as well which was like going into a Museum. It was full of racing photos and the memorabilia of a life in racing, which totally fascinated me. As a horse crazed young girl, I would always ask a million questions but it was hard for me to get any stories from Roscoe. He felt that women shouldn’t be interested with the backside and horses, just observers from the frontside. He did agree to come watch me show my pony once. I often wondered if he and I had had more time, if maybe I would have softened him some and he would have shared his stories. I also wondered how he would have felt about me spending my whole career working on one side of the race track or the other. Still, I am very proud of my family connection to the history of Churchill Downs, the Kentucky Derby and the Thoroughbred industry.

Membership Manager and Horseman Relations at the Kentucky Derby Museum.