As the United States salutes its beloved fathers and father-figures this weekend, we’re taking you way back to explore the “founding fathers” of the modern Thoroughbred race horse.

Although the theme song of the TV show Mr. Ed tried to tell us all differently (“ A horse is a horse, of course, of course…”), a horse is not just any horse where Thoroughbreds are concerned. Thoroughbred horses have minutely monitored family trees—called pedigrees—that allow their breeders, owners, and trainers to prove one very important fact: that every horse registered as a Thoroughbred must be able to trace its lineage far back to three influential horses, called “foundation sires.”

The Darley Arabian, the Godolphin Arabian, and the Byerly Turk landed on English soil from the Middle East in the seventeenth century, imported by three savvy horsemen intent on improving the native English breed. Likewise, in 1730, another horseman sent a Thoroughbred named Bulle Rock—bred from the Darley Arabian and a Byerly Turk mare—to the colony of Virginia for the purpose of creating a faster, stronger, American-bred equine family. Over the next century over 300 more imported Thoroughbreds would reach America to found dynasties of their own, many establishing kingdoms in the Bluegrass region of what would soon be the Commonwealth of Kentucky. 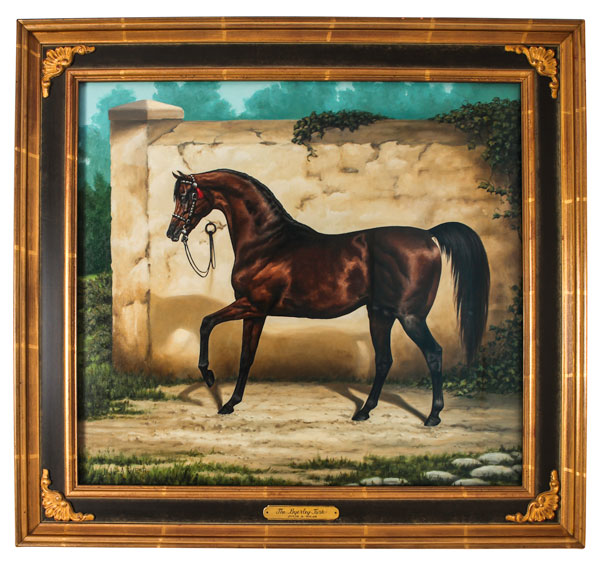 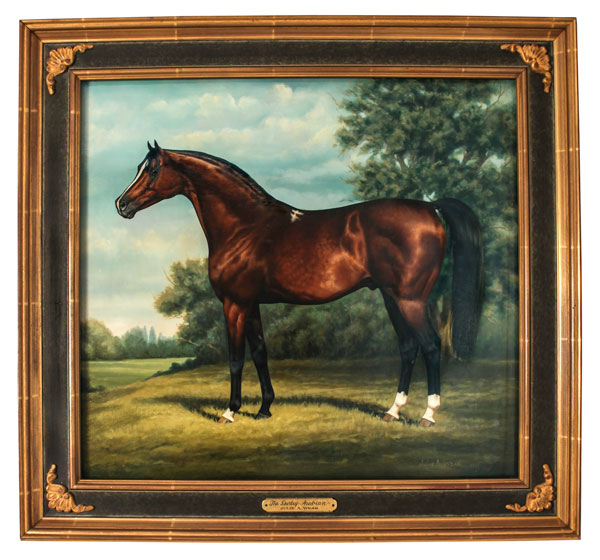 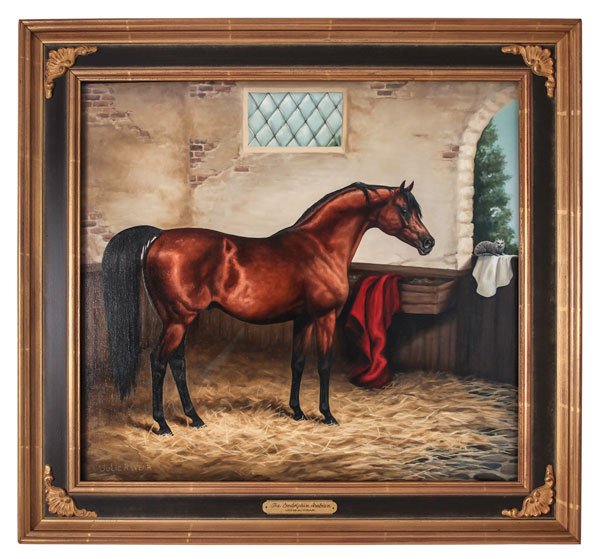 Over a century and a half after Bulle Rock reached American shores, fifteen horses went to post in the inaugural Kentucky Derby, held at the new Louisville Jockey Club course in Louisville, Kentucky on May 17, 1875. Each of the fifteen sported impressive pedigrees that included the names of the greatest sires in American history somewhere in their charts: thirteen could claim descent from Sir Archy (occasionally spelled “Archie”), twelve claimed Boston, nine claimed Lexington, and so on. But all of them, through the many generations of sires and dams that came before, still carried the blood of those three stallions from the Middle East, by way of Britain.

Those bloodlines lived on in the twentieth century equine heroes and heroines of the Kentucky Derby. The 1926 first and second place finishers, Bubbling Over and Bagenbaggage, were bred by E. R. Bradley at his Idle Hour Stock Farm. One of Bradley’s most prolific and influential sires, Black Toney, would produce Derby winners Black Gold (1924) and Brokers Tip (1933).

Regret, the first filly to win the Kentucky Derby in 1915, came from another important sire line in Derby history. Her sire, Broomstick, was the progeny of Ben Brush, winner of the 1896 Kentucky Derby. Ben Brush’s line runs back to other Thoroughbreds, like: Bramble, Bonnie Scotland, Leamington, Eclipse, and Lexington. And, of course, the Darley and Godolphin Arabians and the Byerly Turk. 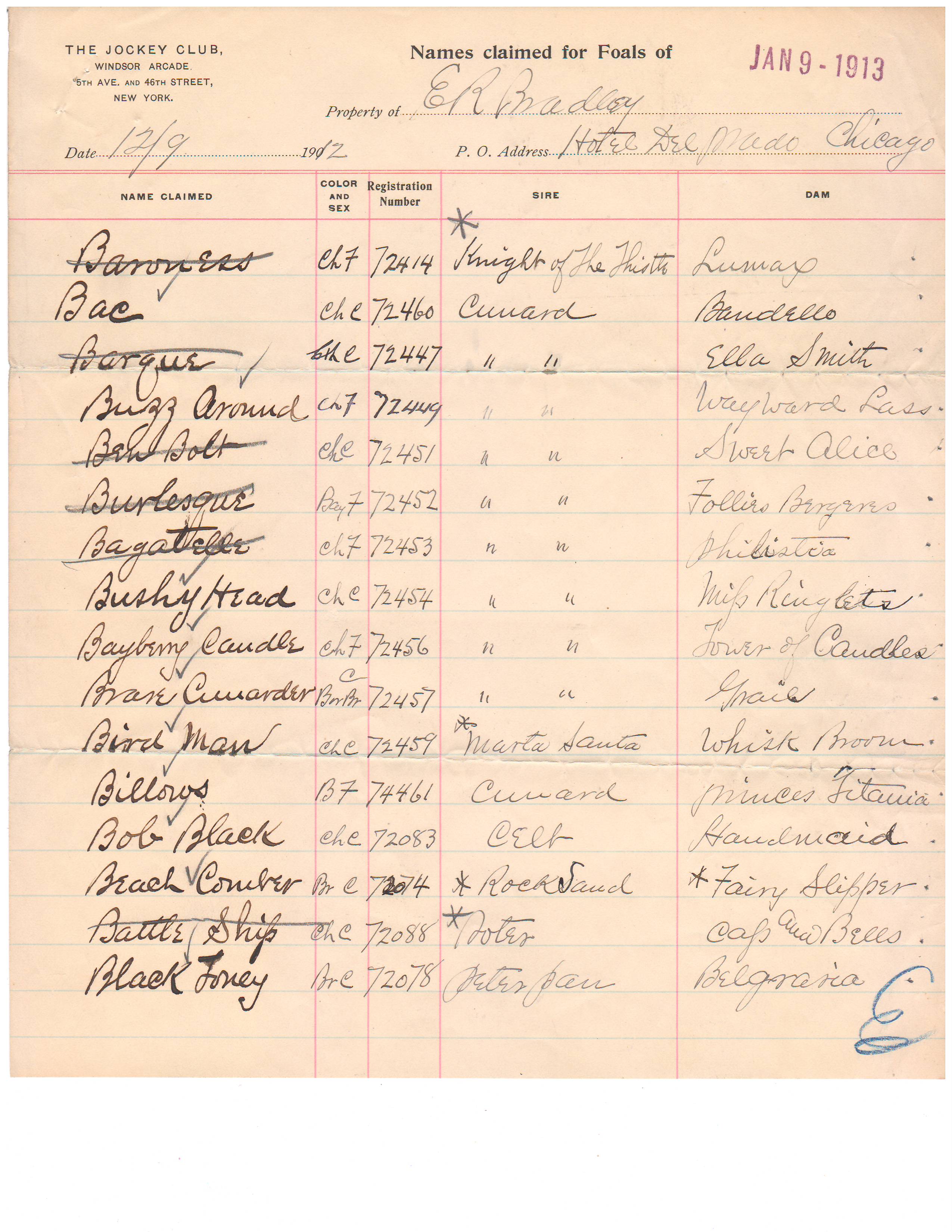 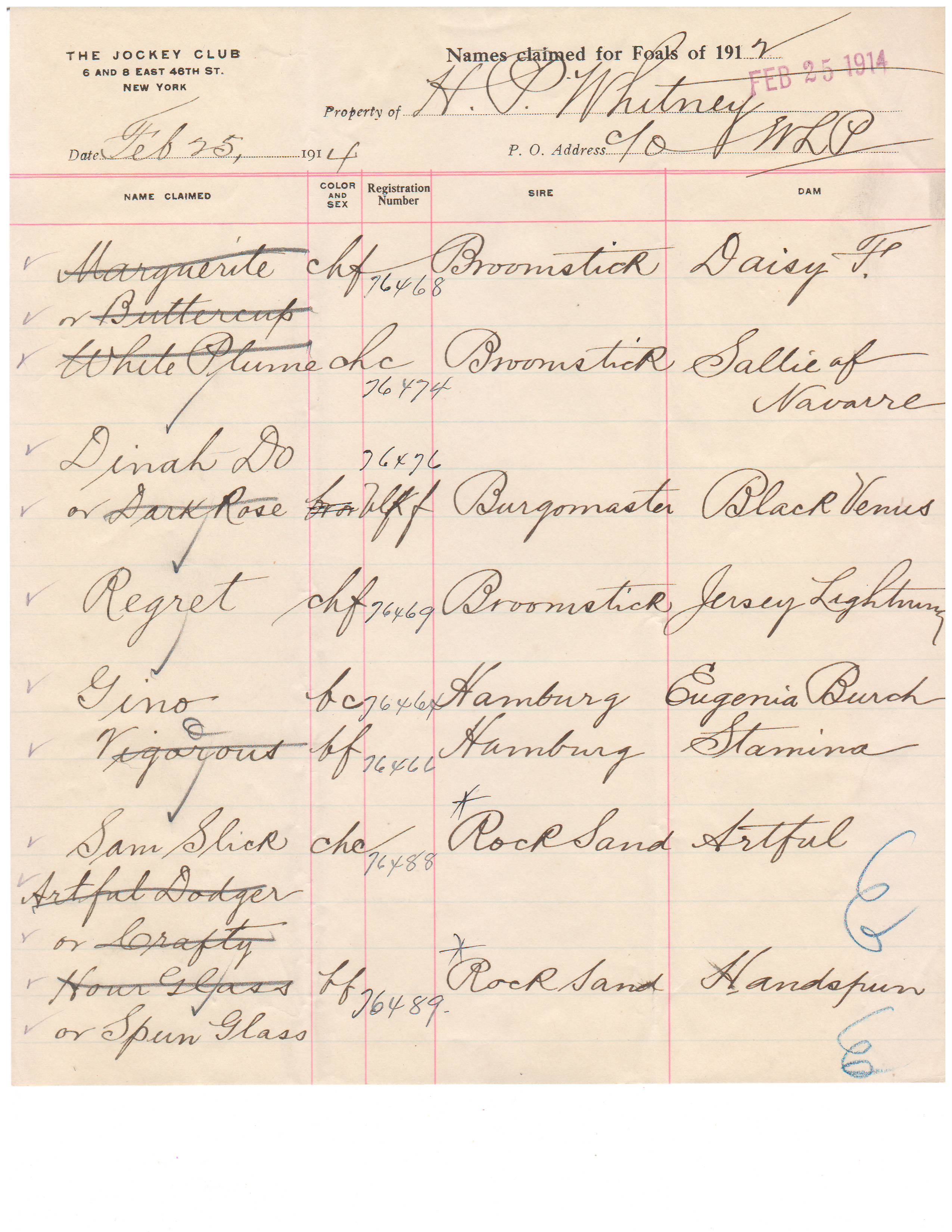