I visited Kelly Elementary, perched right on the Ohio River, in Boone County on April 2nd. After I finished Odds in Everyday Life, another one of my favorite programs, a teacher in the library enthusiastically explained that Steve Cauthen is from Boone County. He was the jockey that rode Affirmed, our 1978 Derby winner and the last Triple Crown winner, and had graduated from the local high school! The students lit up with excitement when they realized they had even closer ties to this legendary race than they had thought. Riding in the Derby while he was still a senior in high school, Cauthen became the youngest jockey ever to win the Triple Crown at the ripe ol’ age of 18. Read more about his amazing accomplishments and tremendous rise to jockey super-stardom. 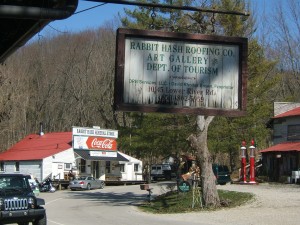 After leaving Kelly Elementary, I discovered the little gem that is Rabbit Hash, KY. At the crossroads heading back toward the interstate, I saw an old, dilapidated barn with a faded mural that read, “Historic Downtown Rabbit Hash at the Bottom of the Hill.” Okay barn, let’s see what you got.

Delicious BBQ, friendly locals and a nice place to relax on the Ohio. The old barn did not disappoint.

The next morning, I woke up at 3am to head east for some overnights in Morgan County, which included a nice drive through the Daniel Boone National Forest. 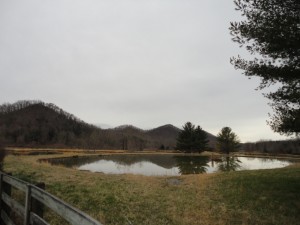 The Swamp Marsh Wildlife Preserve. I had taken another picture the next day with the beautiful blue skies reflecting off all the little ponds, but it didn't save for some reason.

I stayed in West Liberty, a small town that was devastated by the same system the hit Henryville, Indiana last March. They have begun the long process of rebuilding. Several structures are still standing with busted windows and without roofs, and you can see the tornado’s path through the countryside. 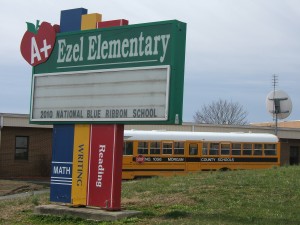 Thursday morning I visited Ezel Elementary. A small school about 15 miles outside of West Liberty that has earned an extraordinary reputation. Being designated as a Blue Ribbon School is a huge accomplishment which denotes academic excellence. Only around 7,000 awards have been bestowed upon schools by the U.S. Department of Education since the program’s creation in 1982, and these students proved they were worthy of the title. They knew every answer in the math and science programs!