In 2008, the Kentucky Derby Museum received the collection of champion jockey Bill Shoemaker from his daughter, Amanda Shoemaker Teal. The Museum houses many significant collections. But, this was a unique one, as Shoemaker’s career had made such an impact; and he had name recognition across generations. I’d like to share with you some of the highlights of this collection and how we chose to present it in the permanent exhibition, Bill Shoemaker: Larger than Life.

Although not the largest single collection at the Museum (that distinction belongs to trainer D. Wayne Lukas), there are one-of-kind pieces documenting Shoemaker’s career and the history of the Thoroughbred industry. As to be expected, there are hundreds of trophies, including those from his four Kentucky Derby wins: the first in 1955 aboard Swaps, and the last in 1986 aboard Ferdinand. The fact that Shoemaker rode successfully at the highest level over so many years is remarkable, and he still remains the oldest jockey to win the Kentucky Derby at 54 years of age. 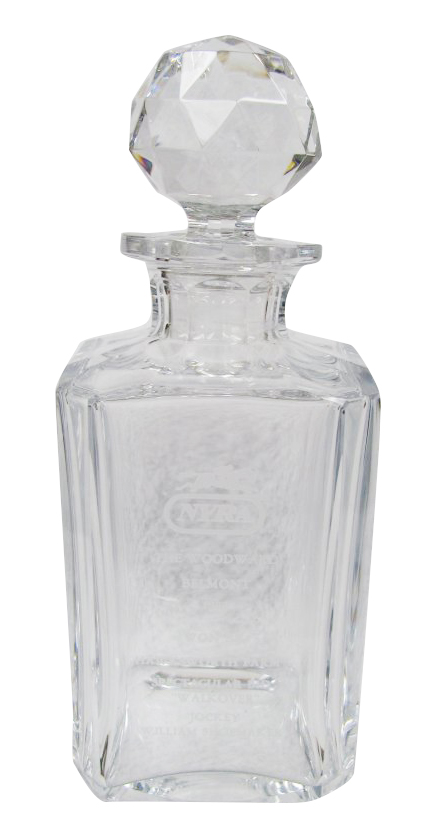 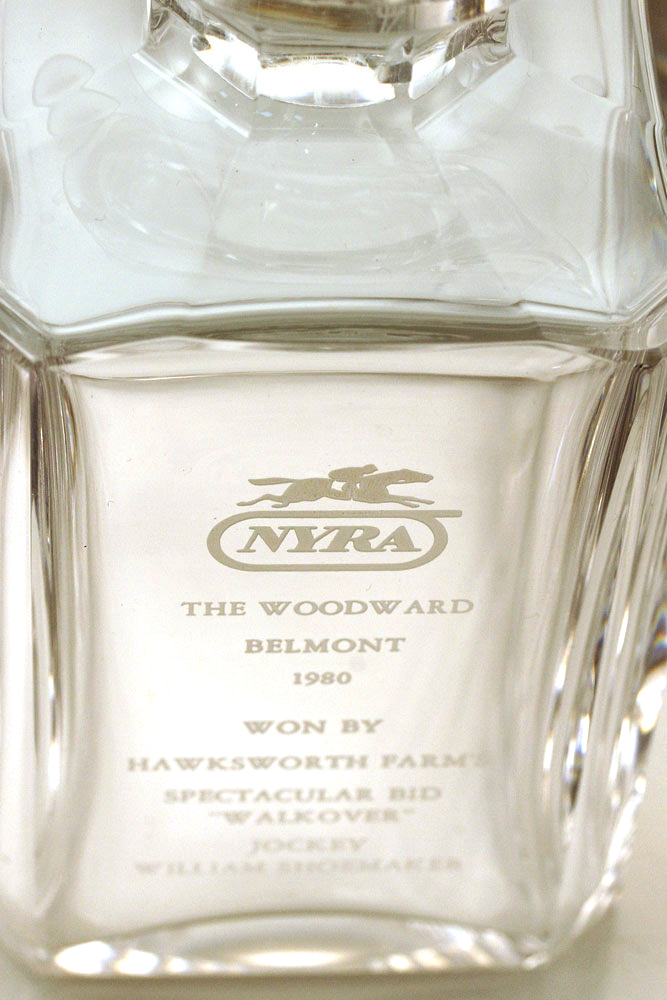 One of my favorite trophies in the Shoemaker collection is a crystal decanter he received for his victory aboard Spectacular Bid in the 1980 Woodward Stakes. Bid was one of those dominant Thoroughbreds that came into the 1979 Belmont Stakes with a chance to win a Triple Crown but came up short in the “Test of the Champion.” Shoemaker began piloting Spectacular Bid after the Triple Crown campaign, and their 1980 Woodward was historic. The duo came in as such heavy favorites that no other horses entered the starting gate that day. This is known as a walkover in Thoroughbred racing, and even though they had no competition, the jockey and his horse still had to run the race and clock an official time to be declared the winners. You can view this race on YouTube.

However, my favorite objects in the Shoemaker Collection are a set of large, leather-bound scrapbooks, all with the name “Bill Shoemaker” on the cover. These not only provided the foundation for the exhibit research, but also serve as objects worthy of display. The scrapbooks contain what you might expect, including voluminous amounts of news clippings that document Shoemaker’s career. But, these also contain unique pieces charting the great jockey’s personal life: artwork and letters from adoring fans, mementos from civic clubs and various cities honoring Shoemaker and cards and notes from friends and family. The scrapbooks provide a full view of Shoemaker’s life.

The fact that Shoemaker made such a personal and professional impact but was physically small in stature even compared to may of his fellow jockeys led us to title the exhibit Bill Shoemaker: Larger than Life. As mentioned, the scrapbooks provided that full view of Bill, so these were made the centerpiece. Of course, his array of trophies also has a prominent spot. One side of the gallery consists of Shoemaker’s timeline of achievements, beginning with his first ride in 1949 and culminating with industry platitudes that poured in after his passing in 2003. Included in this is Shoemaker’s near miss in the 1957 Kentucky Derby aboard Gallant Man, when the jockey stood up briefly before the finish line allowing Iron Liege to claim victory. Learn more about this historic moment in today’s presentation from KDM Manager of Education Services Ronnie Dreistadt. [Download "The Strangest of Them All" Powerpoint with audio]

A point of emphasis in Shoemaker’s story is his celebrity status. Bill rode races during what is known as Thoroughbred racing’s golden age. His prowess in a popular sport combined with the fact he lived in Southern California led to interactions with movie and television stars, sports figures and prominent entertainers. Shoemaker also did advertising spots for national companies. As a testament to his celebrity, the champion jockey was immortalized in a series of paintings of famous athletes by pop artist Andy Warhol. 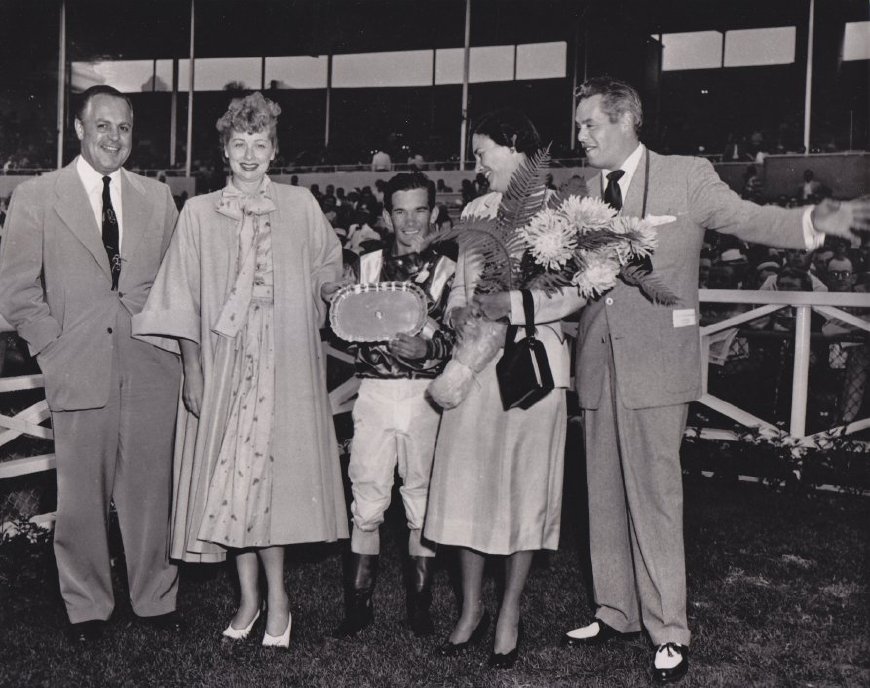 The Kentucky Derby Museum is home to many unique collections and stories, and we hope you’ve enjoyed learning more about them in our virtual museum. To see more items from the Bill Shoemaker Collection, visit our online collection.