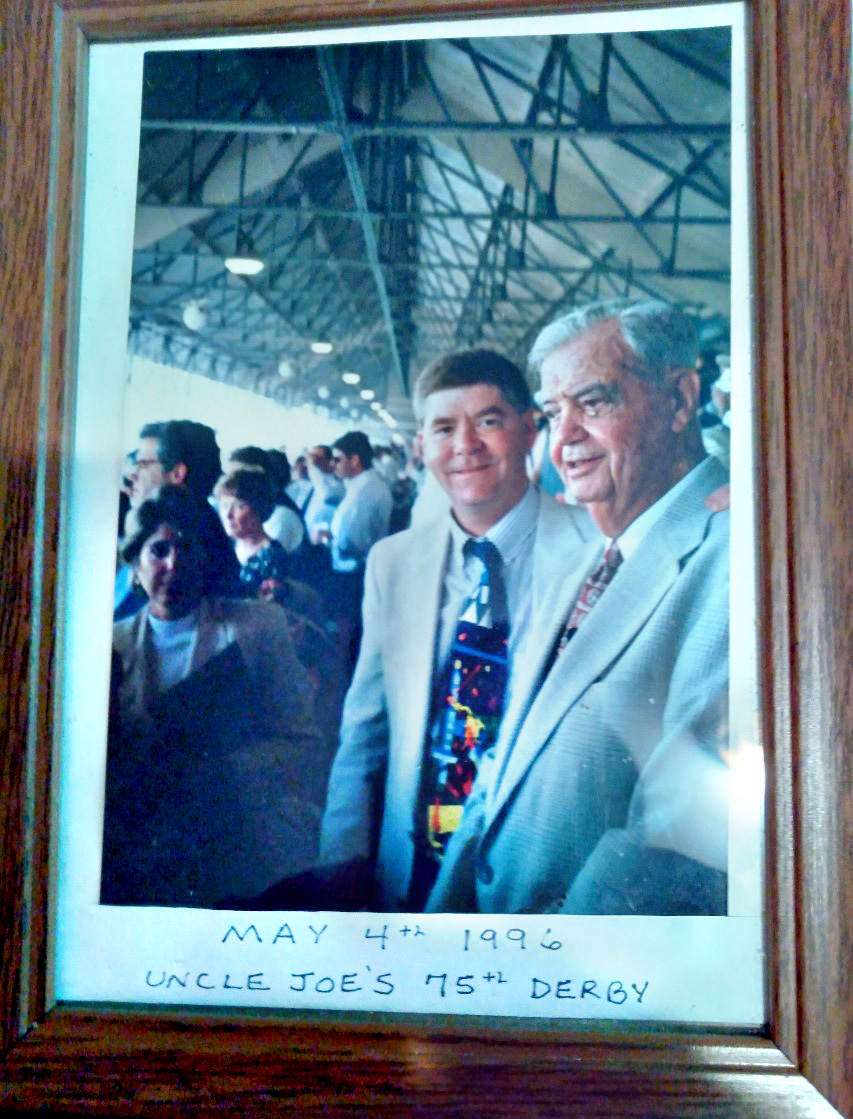 It started with 4-year-old Barry going to the track with his mother, Helen Northern (nee Barry) when his siblings were all in school. Mrs. Northern was a $2.00 bettor and only bet on Kentucky-bred horses. His father, Mr. Northern, would never bet on a horse whose odds were less than 5:1. Barry remembers his father saying, "If I am going to spend my two dollars on a horse, I want at least ten back". Every Derby Barry would get his mother a Racing Form, which she would study the night before while watching 'Derby Fever' at 7:00 p.m. on Derby Eve. Mrs. Northern’s brothers Joe, Mike, and Pete Barry were all avid track goers who loved betting the ponies. Uncle Joe was known for his love of the Derby and was 85 when he attended his 75th straight Kentucky Derby! Barry and his friend took Uncle Joe to the track that day in 1996 when Grindstone won the Kentucky Derby. His Uncle Pete always had the Daily Racing Form on him, especially at the golf course. Between turns, he studied the Form and then call Mrs. Northern, who would call in and place his bets for him. The Racing Form was always consulted before heading out to the track, it was the most important document to the Northern/Barry family. Barry's Grandmother never threw away a Racing Form, she had a stack waist-high just in case they needed to go back for a horse's pedigree. Horse Racing isn't just a passion for Barry, it's in his blood.

Picture above: Barry and Uncle Joe at the 1996 Derby 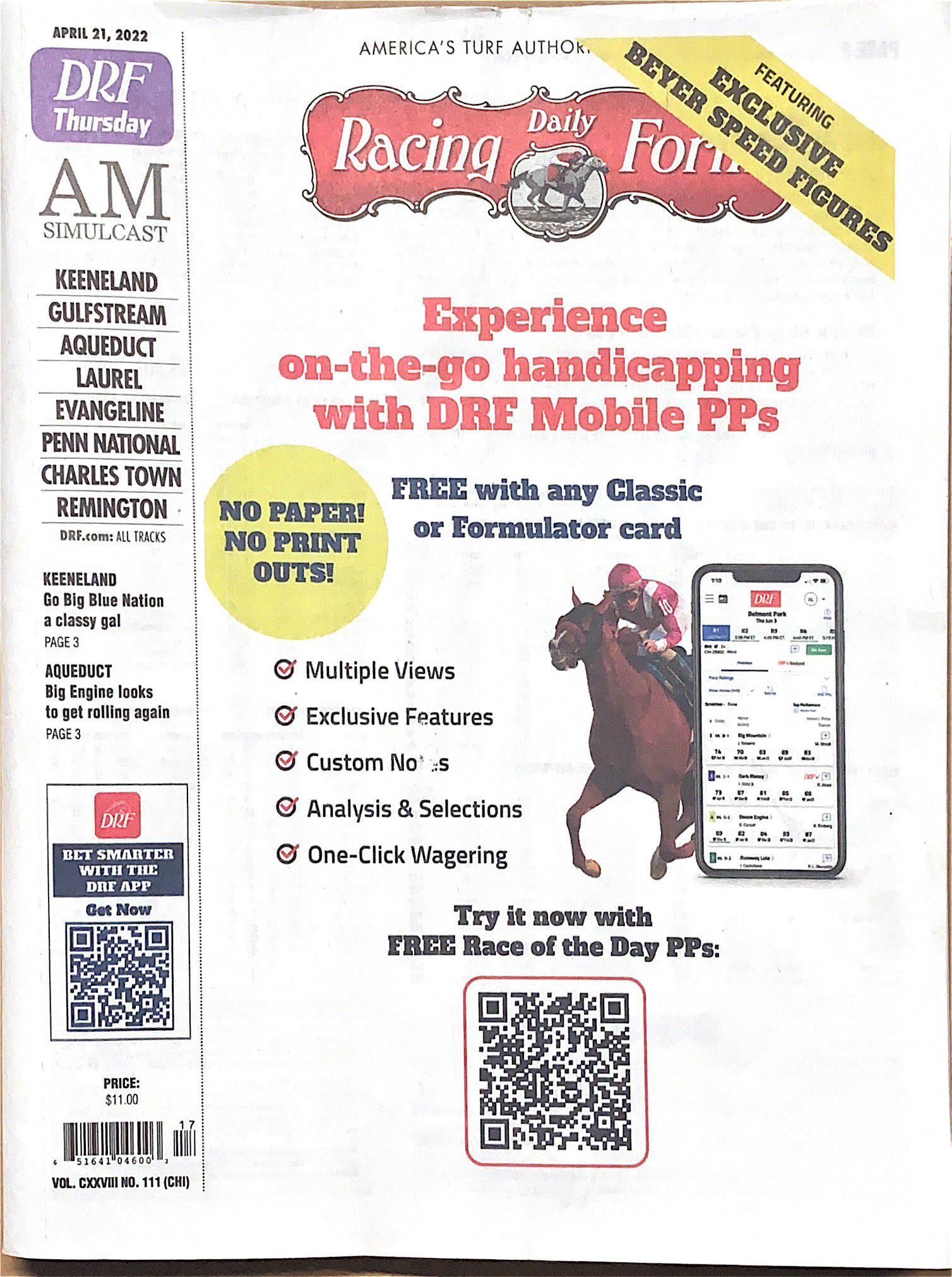 When Barry is betting on a race, there are three things he looks at to know if he likes a horse or not. The pedigree of the horse, who is training the horse, and how the horse has performed at Churchill Downs. He tends to look at the pedigree when the horse is doing something for the first time, looking at what the parents liked, hoping it translates to the horse at hand. The trainer plays a big part in his decision, especially if the jockey on the horse and the trainer have had successful runs with each other in the past. Lastly how the horse has performed at Churchill Downs in the past. The Kentucky Derby is the longest race most of these horses have ever run at that point in their life, so it makes a difference in how they perform. Barry's favorite bet to make is a Pick-3 or Pick-4. “It’s a way to not spend a lot of money on the bet, but potentially get a big return.” The challenge is picking the winner in three or four straight races. Barry isn't afraid to place a bet on multiple horses in the same race. His strategy is to find one horse he really likes and for that race, he will only pick that horse. For the surrounding races, he will choose a few, padding his bet and hoping they hit the board for the Pick-3 win. When you ask Barry why he does it, he says he enjoys the challenge, "Trying to make an educated guess and hope it works out". He also says that it is just for enjoyment, "after making that educated guess and you win, there is nothing like it". Though Barry doesn't know what his stats are, "I don't want to know and if anyone tells you they win more than they lose, they're lying". 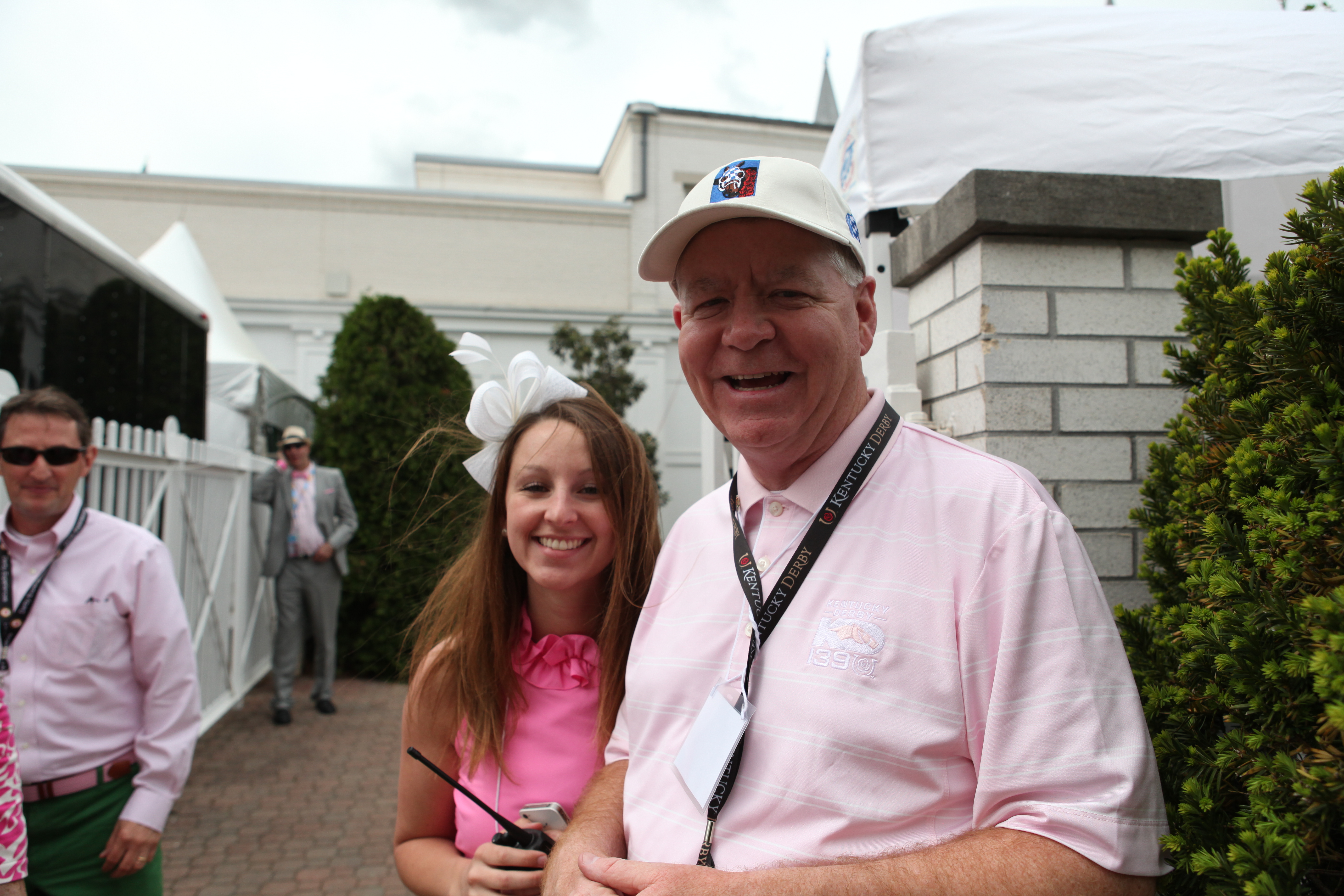 If you go on a tour with Barry, there is no doubt you will hear some of his favorite memories of the Kentucky Derby. In a time when it wasn't at strict on the grounds of Churchill Downs, Barry and his friends showed up the night before the Derby in hopes of stashing their beer somewhere safe. They managed to get on the grounds and past security, hiding their cases of beer in an office close by to retrieve the next day. At the time you weren't allowed to bring anything into Churchill Downs, but safety measures were put in place after 9/11. Barry and his friends bought a cooler in the infield, asked the bar for some ice, and snuck back into the office where their beer was hidden and filled their coolers with their contraband. Another is when Animal Kingdom won the Kentucky Derby. Barry had just started at the Museum in March of 2011, making Kentucky Derby 138 his first Derby as an employee. During Animal Kingdom's final workout, the week leading up to the Derby, at the one-eighth pole he left other horses in his wake when the jockey gave him one swift slap on the butt, he took off like it was his life's purpose. That's when Barry knew the horse he was choosing on Derby Day. "I still remember hearing the announcer 'Animal Kingdom is roaring down the stretch!' Goosebumps."  There is no end to the stories Barry has to tell, and each one will have you wanting to know more. 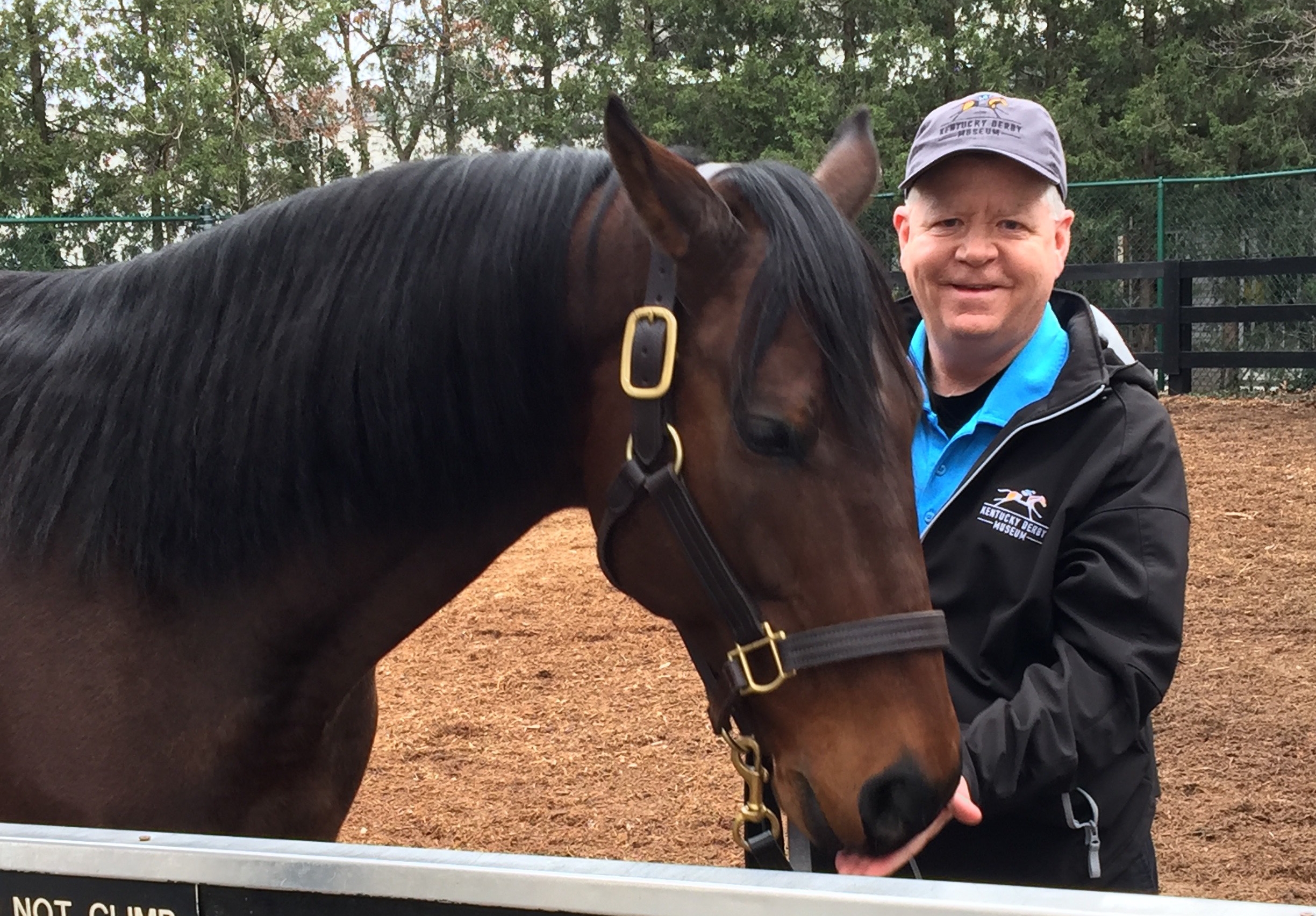 Going on a tour of Churchill Downs with Barry as your guide makes for an unforgettable experience. Barry knows every nook and cranny of the track, both on the front side as well as the backside where the horses are stabled. He can point out spots that even a regular track goer doesn’t know about (such as the location of former Churchill Downs President Matt Winn’s apartment, now bricked-over). No one has more of a connection to Churchill Downs than Barry Northern, he's grown up here, watching as things developed and changed. He can tell you stories that you never knew could happen. Sitting down with Barry and hearing the history is a bucket list experience itself. Kentucky Derby Museum is lucky to have such an amazing person on staff to share his knowledge and experience with every guest he encounters.

Picture above: Barry with a visiting KDM Resident Thoroughbred