Outreach is off to a pretty solid start for the 2015-16 school year. The first four visits were to target counties. We have 8 counties left until our program has visited all 120 in the state, and we are planning to accomplish that this year.

Ronnie and I made a team outreach trip to the mountains at the end of September, visiting schools in Elliott, Lawrence and Leslie counties. It was an amazing time and we were astounded by the students at each school- respectful, smart, fun, some of the best in the state. Apparently, they felt the same about us. I received this email when I returned to the office:

“I would like you to know that students and teachers had nothing but praise for your outreach program.  One teacher said that it was probably the best guest program that we've ever had.  We are looking forward to next year and would love to have you come back!

Wednesday, November 4th was a very exciting day for me- the official start of my solo outreach season. (My alarm went off at 5 am and I was almost to Tennessee by the time I would normally be leaving to drive to the Museum, but I couldn’t have been happier.) I was traveling to Russell County to visit Salem Elementary.

I spoke with the FRC the week before my visit and asked if there were any special directions I should be aware of (since I’m often burned by Google Maps and the GPS). That morning I was really thankful that I asked. The school address wasn’t even a valid entry on the GPS, but I knew it would take me to the general area. On the way there, I had to make a U-Turn, pulled over twice to try to make sense of my paper directions, stopped at a gas station to ask the attendant (no help- he was new to the area), but finally made it thanks to the shortcut from the FRC (that wasn’t mentioned on google maps). All the while, successfully avoiding Big Foot… 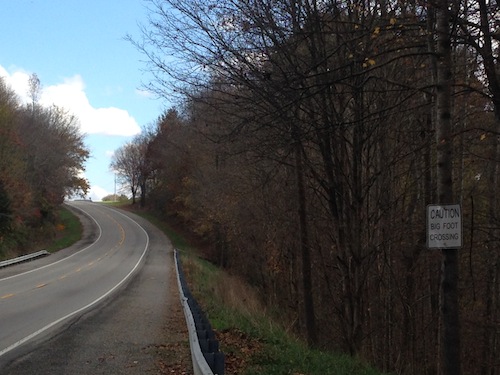 I really just had to throw that in there. You never know what you’ll see on outreach.

Anyway, a quarter mile up the road, I had arrived- on time.

And the school was amazing! I walked by a classroom and the students were sitting on yoga balls at their desks. Needless to say, their posture was perfect. I had such great groups in every program, wonderful manners and all very excited about American Pharoah. There was even a T.A. that had ties to Churchill Downs. The friend of a former trainer, he made the trek from the barns on the Backside to the Paddock several times over the years during races. I really couldn’t have asked for a better group to kick start outreach.

I even knew where I was stopping for lunch. On the way to Salem Elementary, I passed through Columbia, KY and made a mental note of this establishment. 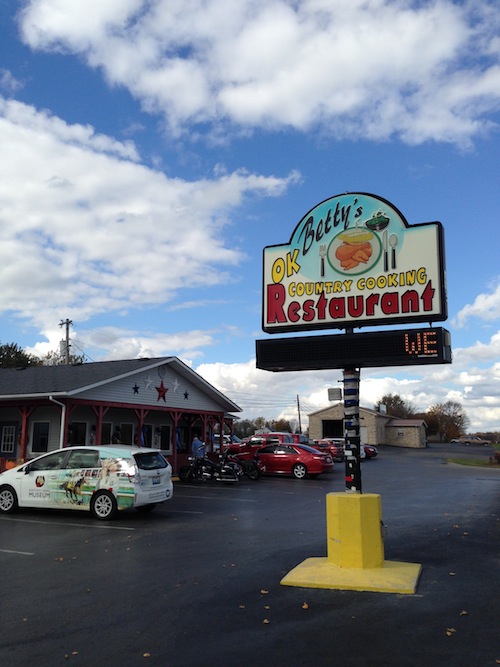 Don’t be so modest, Betty. You know your food is amazing, and apparently everyone else agrees. Snagging the last parking spot, I could smell the chicken frying as soon as I opened my door. “Yes,” I whispered to myself as I climbed out of the Prius. If you are ever in that area, make a stop here. Perched at the top of a hill on KY-55 is the buffet of homemade dishes that will rival your grandmother’s, truly comfort food at its finest.

I would also like to make note that they are a cash only establishment, which I discover when I got to the register and tried to hand her my credit card. I was prepared though (a little lesson learned from outreach) and an added bonus- as of Monday, November 2nd, they are officially a smoke-free restaurant. “Tell all your friends,” says the waitress. Consider it done. 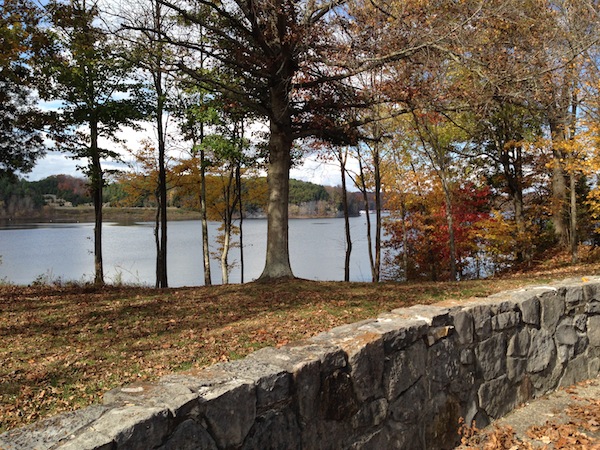 I walked outside and realized I still had a two hour drive ahead of me. After devouring a meal equivalent to Thanksgiving, all I wanted was a nap. So I decided to spend the rest of my lunch break at the Green River Lake Dam and Overlook down the road from Betty’s. A nice little walk was just what I needed to get my metabolism going again.

Then I noticed a cabin. I approached from the backside and saw that was moved there by the Taylor County Historical Society. I figured it was a replica, sort of an interactive history for the visitors.

After reading the display, I was astonished. This was the Atkinson-Griffin House and sat along the Columbia-Campbellsville Turnpike. On July 4, 1863, it witnessed the Battle of Tebbs Bend at Green River, only 440 yards from its front door. In the aftermath of the carnage, the home was occupied and served as a hospital for Confederate Soldiers. The sign on the front door reads: 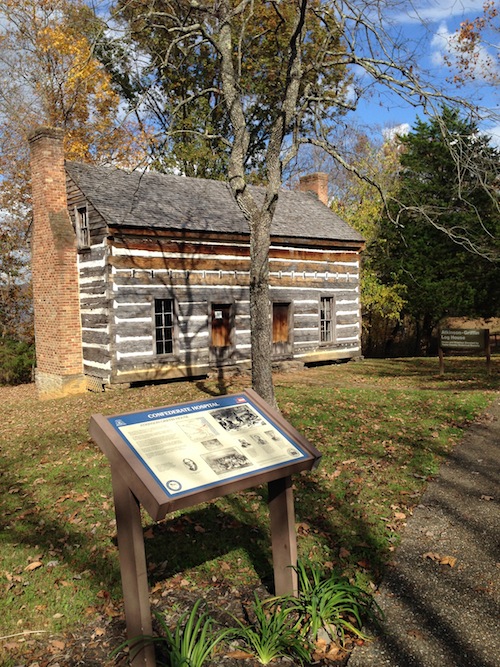 “This Log Home Served as an Emergency Hospital for the Confederacy

Exhibit: Confederate Hospital Display
Exhibit: The War Between The States in Central Kentucky
Diorama of the Battle of Tebbs Bend
Soldiers Bloodstains on Upstairs Floor

*Ask for Key at Visitors Center”

By that time, the remainder of my lunch break was over, so I’ll have to wait until next time I visit Russell County to explore any farther. So we’ll leave this at To Be Continued with part two coming soon!