If you’re a sports fan, odds are you’re a little superstitious. Fans of horse racing are no exception. 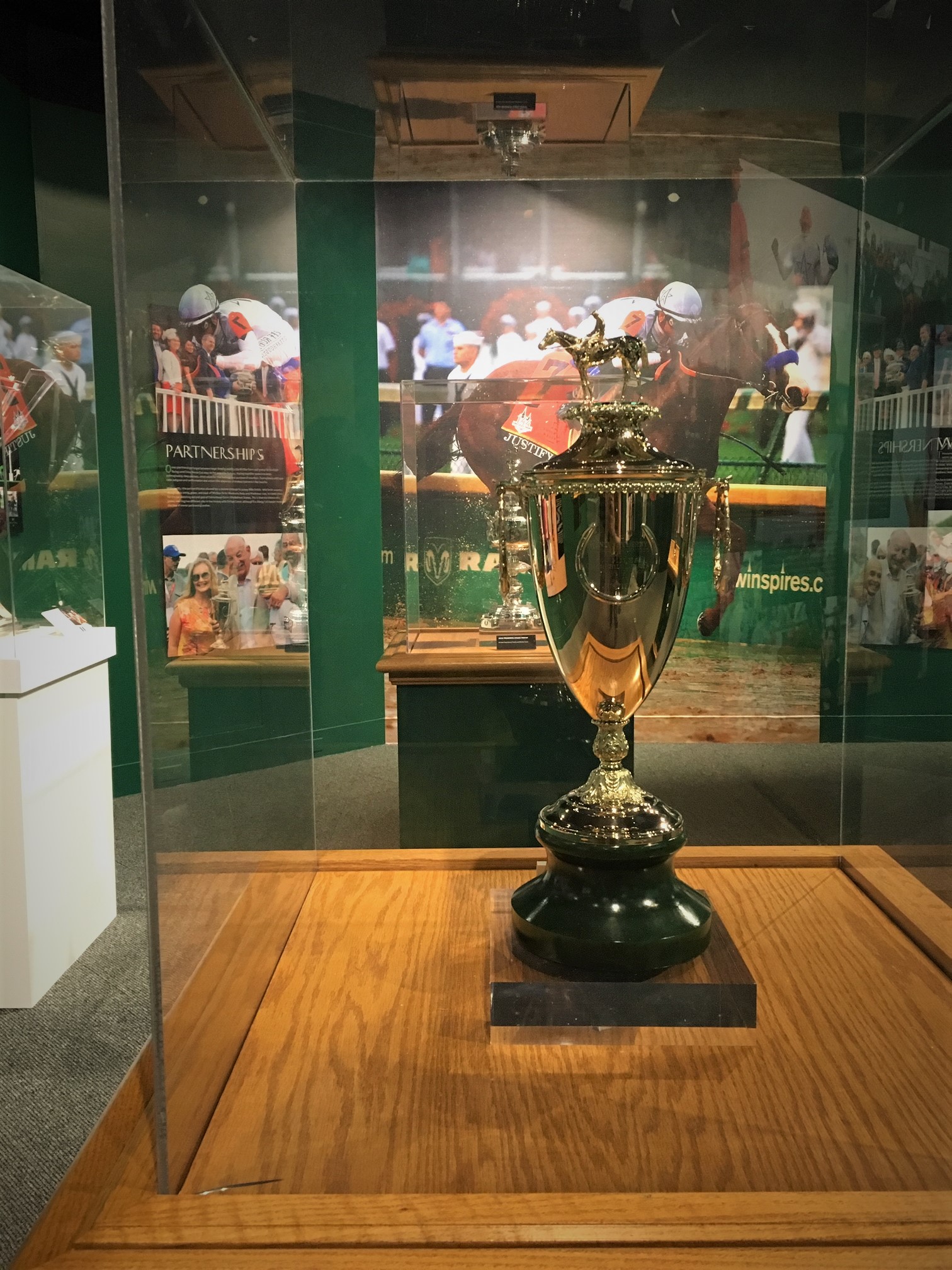 will immediately be able to reference the most famous sports curse in history, the Curse of the Bambino, in which the sale of Babe “The Bambino” Ruth by the Boston Red Sox to the New York Yankees for the 1919-1920 season supposedly cursed the Sox out of just under a century of World Series titles.

The horse industry's Curse of Apollo got a little less press time over the years; it refers to the 136 year span from 1882-2018 wherein the winner of the Kentucky Derby had always raced as a 2-year-old before competing in the Run for the Roses.

Although many heavy-hitting trainers in the business—including Bob Baffert, D. Wayne Lukas, and Todd Pletcher—dismissed the curse as a non-factor in their evaluation of the 2018 Derby field, the media had clamped onto the story as a perfect way to engage the fans and build excitement for the contenders. And boy, were they right.

Most articles and broadcasts leading up to the Derby mentioned the fact that two horses running in the Derby, Baffert’s Justify and Pletcher’s Magnum Moon, had the opportunity to break the curse, and after Justify’s win, the media was referencing the event as "momentous" left-and-right.

Breaking the Curse of Apollo, even if it can’t come close to living up to Bambino-level hype, is still a pretty big deal for the majority of the horse community. Award-winning journalist Jennie Rees told the Museum in an interview about Justify this spring, “I was one of these people that thought we would never see an unraced 2-year-old win the Kentucky Derby. […] You know, they called it the granddaddy of the so-called Derby rules, jinxes, and just sort of statistical things. But there’s a reason for it!” 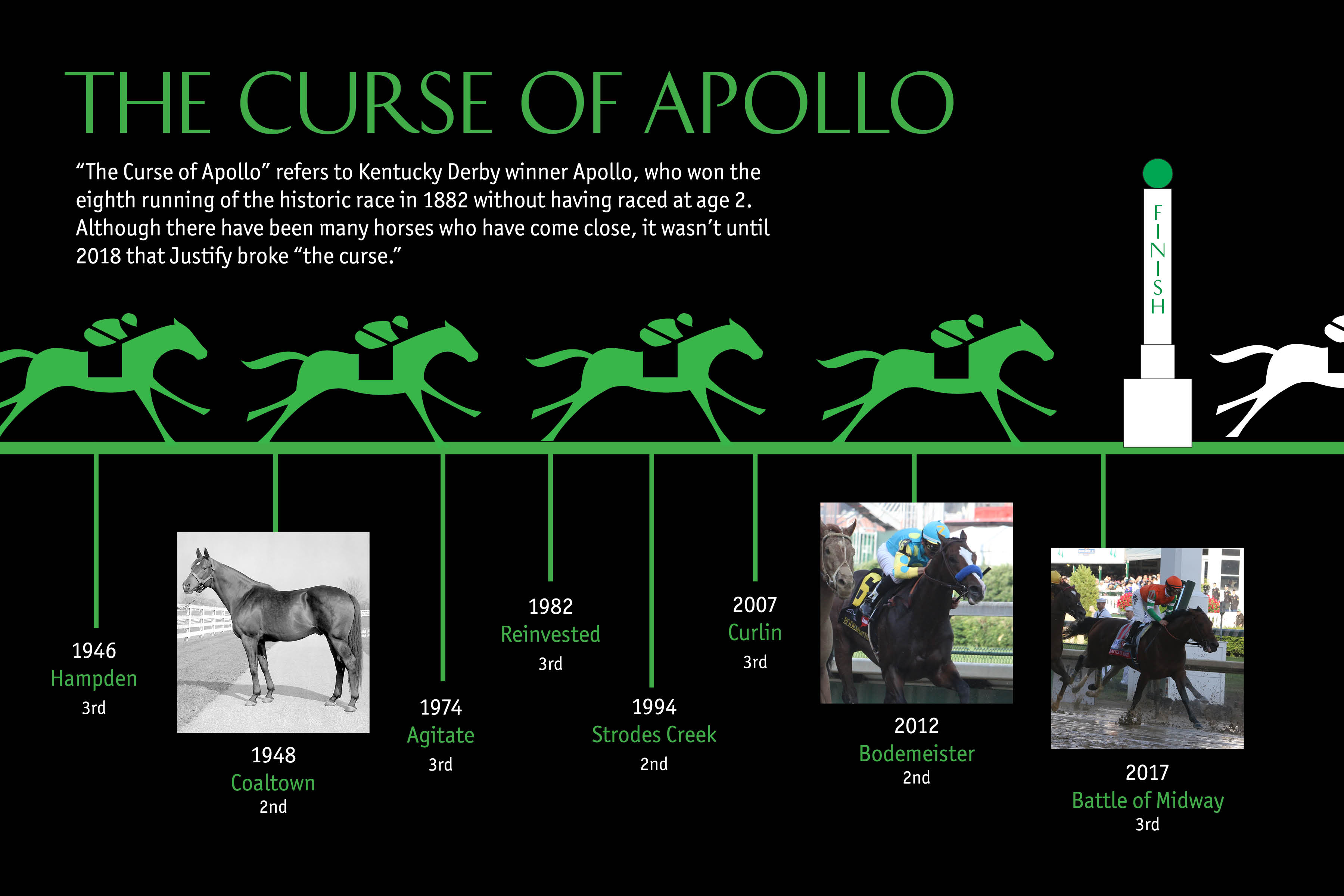 Breaking the Curse of Apollo had many challengers before Justify finally did it.

The last unraced 2-year-old to win the Kentucky Derby was 1882’s Kentucky Derby winner, and the curse’s namesake, Apollo. Like Justify, Apollo had only raced three times leading into the Derby; all of Apollo’s early races were in New Orleans, and he broke his maiden in the Cottrill Stakes in late April. He was not favored to win in the Derby, as an 1882 article in the Courier-Journal discusses frankly: “Early in spring he made his appearance at New Orleans, and winning two races at the meeting, his star as a race horse went up. He was not, however, considered by the experts good enough to win over a Derby field.”

Justify was underestimated, too. Although people had started to take notice who had seen him race at Santa Anita, the fact that he was virtually-untested on any other track or against the strongest contenders of his generation had him as a late pick for a Derby victor. His WinStar Farm stablemate, Audible, was expected to be the Farm’s brightest star. So when Justify won the sloppy Kentucky Derby, soupy Preakness, and grueling Belmont Stakes, most fans and commentators didn’t know what to do with the magnificent horse who had arrived almost as quickly as he would go. 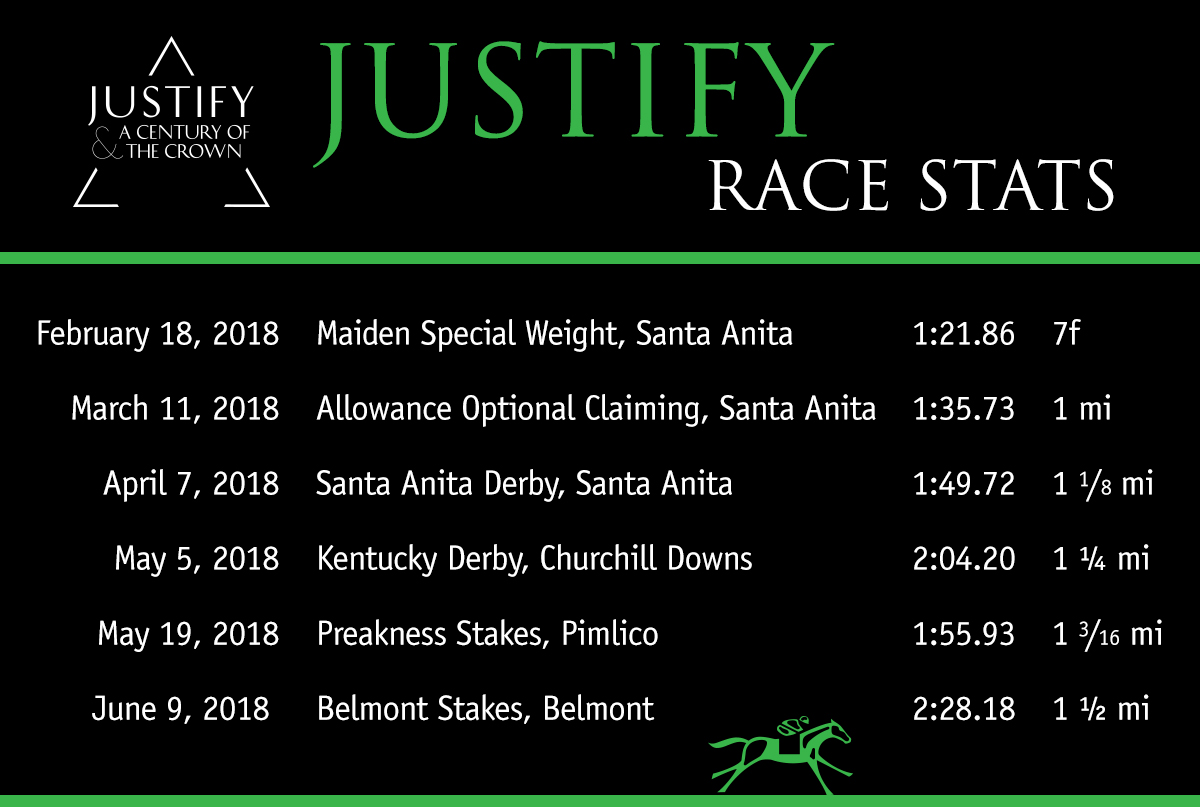 Although Justify only had six starts in his monumental six weeks, he knew how to impress.

In 111 days—just around six weeks—Justify accomplished what many horses couldn’t accomplish under the best of circumstances. Forget merely breaking a curse; Justify shattered expectations.

Steve Haskin writes of him:

“For a horse to cram six races, four grade 1 victories, and a sweep of the Triple Crown, into such a period of time is unimaginable. Horses just don’t do that. And he did it winning his six races at six different distances from seven furlongs to 1 ½ miles. In short, we have witnessed something we have never seen before. Imagine the mind and the physical prowess it must take to accomplish such a feat. To use a standard cliché, we must be dealing with a freak of nature. Justify has remodeled the blueprint of a Triple Crown winner and has eradicated all historical trends, making them irrelevant.”

It took 136 years to see an unraced 2-year-old win the Kentucky Derby. How long will it take for us to see another horse do what Justify did? He left some pretty big shoes to fill. 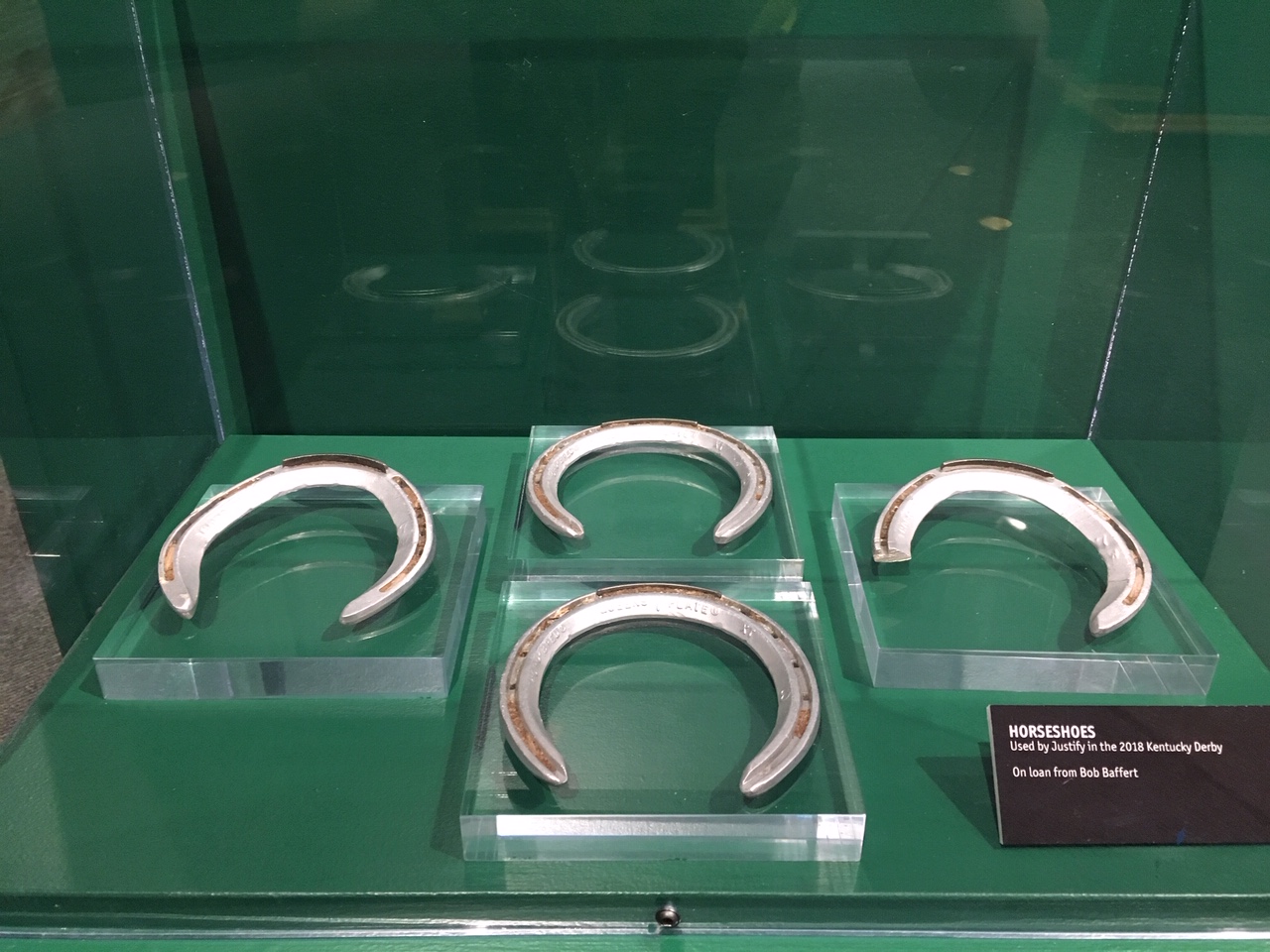 Horseshoes worn by Justify in his historic Kentucky Derby ride, on loan from Bob Baffert.