In 2015, when American Pharoah broke the 37-year drought between Triple Crown winners, a trophy that had been waiting for an owner for just as long finally found a home. The recognizable triangular bowl had been carefully-toted from Louisville to Belmont Park each June, ready for the next Triple Crown winner after Affirmed in 1978. Now it was finally in the hands of the jubilant Ahmed Zayat in front of a roaring crowd.

Darren Rogers, Director of Communications & Media Services at Churchill Downs, had been in charge of that Triple Crown trophy for years and said that the instant a Derby and Preakness winner failed to capture the Belmont Stakes, he had to get it off-camera and away from the other trophies as quickly as possible. “It’s like the end of Game 6 of the 1986 World Series when NBC had to clear out of the Red Sox clubhouse and pull all the champagne from the lockers at the last minute,” he told the New York Times.

This happened a lot of times. Since 1975, twenty-three horses have clinched the first two jewels of the crown but were unable, even by a nose, to win the Belmont. Bob Baffert alone—now with two Triple Crown champions to his name—had three incredibly close near-misses with his previous Derby winners Silver Charm (1997), Real Quiet (1998), and War Emblem (2002). Rogers said of the winner-less trophy, “It’s like a little orphan looking for a home.” 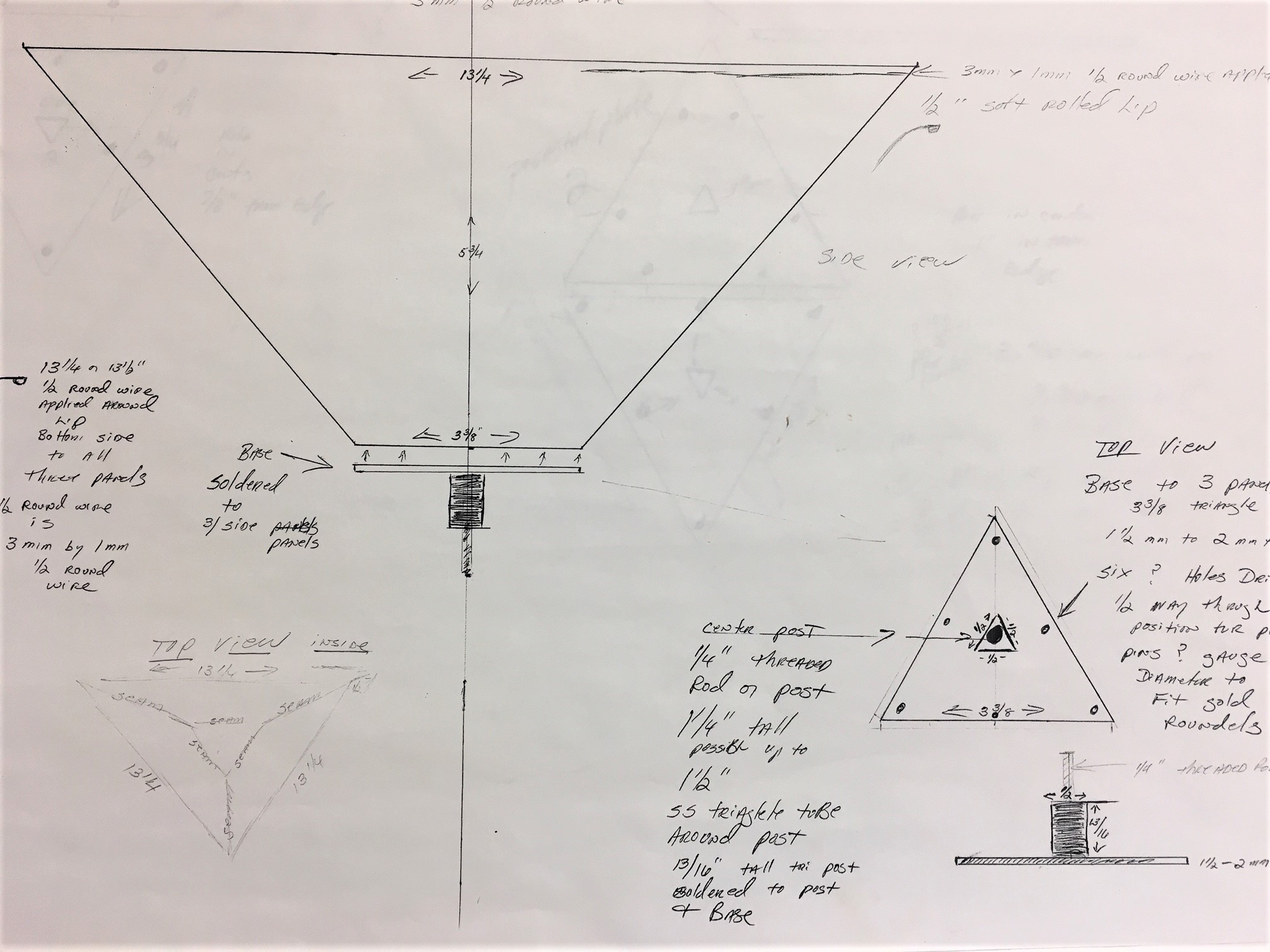 The Thoroughbred Racing Association introduced the elegant triangular bowl, designed by Cartier, in 1950. The idea had been brewing for a few years, after then-director of the TRA John C. Clark said it was time that “some suitable and permanent trophy be awarded winners of America’s Triple Crown […] something of a mythical honor.” The Associated Press reported that Clark believed, “this would make it official.” 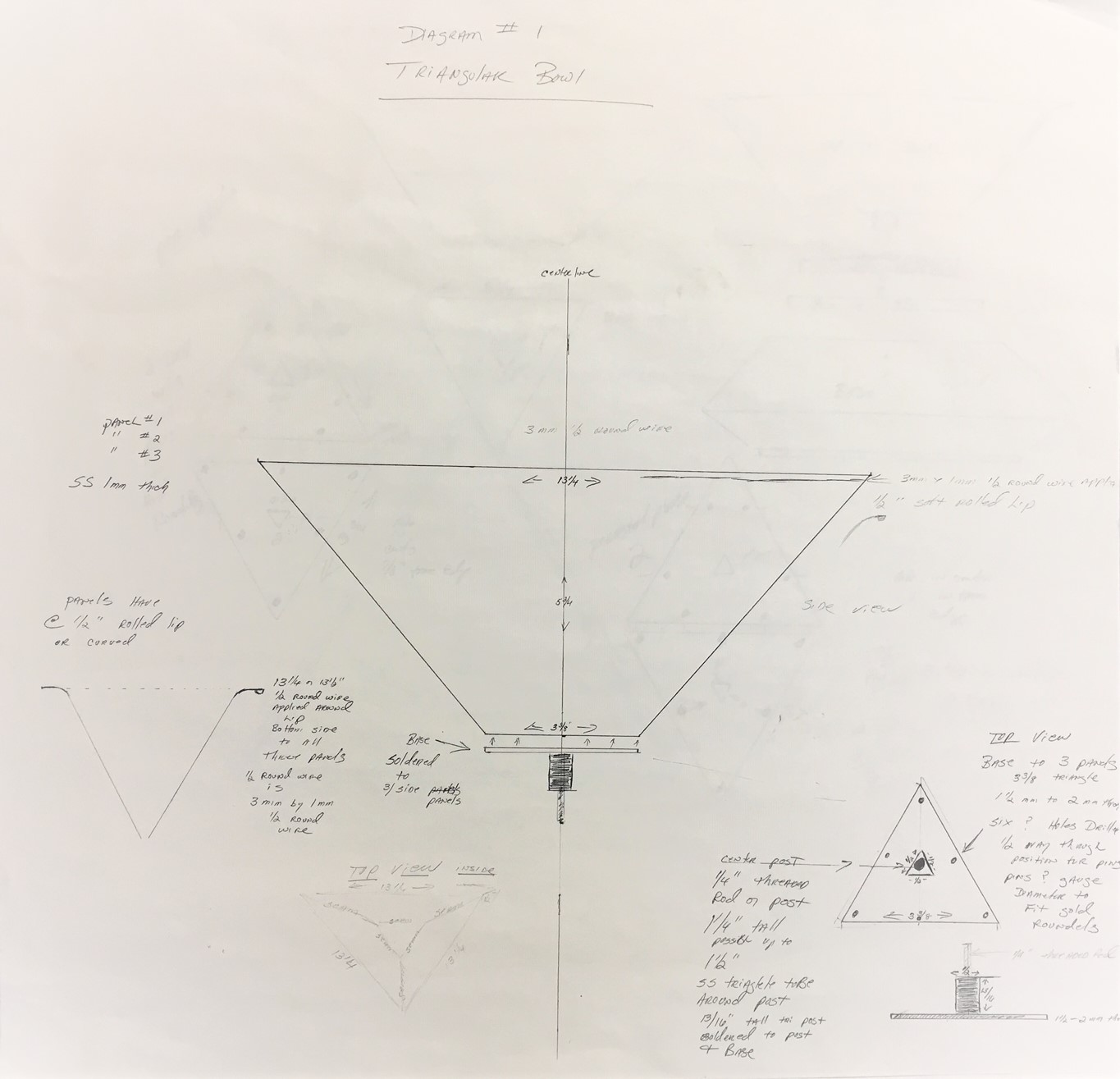 Some sort of official commendation was definitely needed; the media had been the primary driving force behind the inception of the Triple Crown, and until 1948 when the Jockeys’ Guild formally recognized the honor, the media were still the only groups proclaiming the champions. The new trophy solidified the honor as one inherited from the entire horse-racing industry, not just by its fans and followers.

The seven winners prior to 1950—Sir Barton, Gallant Fox, Omaha, Whirlaway, Count Fleet, Assault, and Citation—were all awarded trophies by the TRA retroactively, beginning with presentation to the very first horse to earn the honor in 1919, Sir Barton. The next three winners before the long drought, Secretariat, Seattle Slew, and Affirmed, would be awarded their Triple Crown trophy at the time of victory in the Belmont. 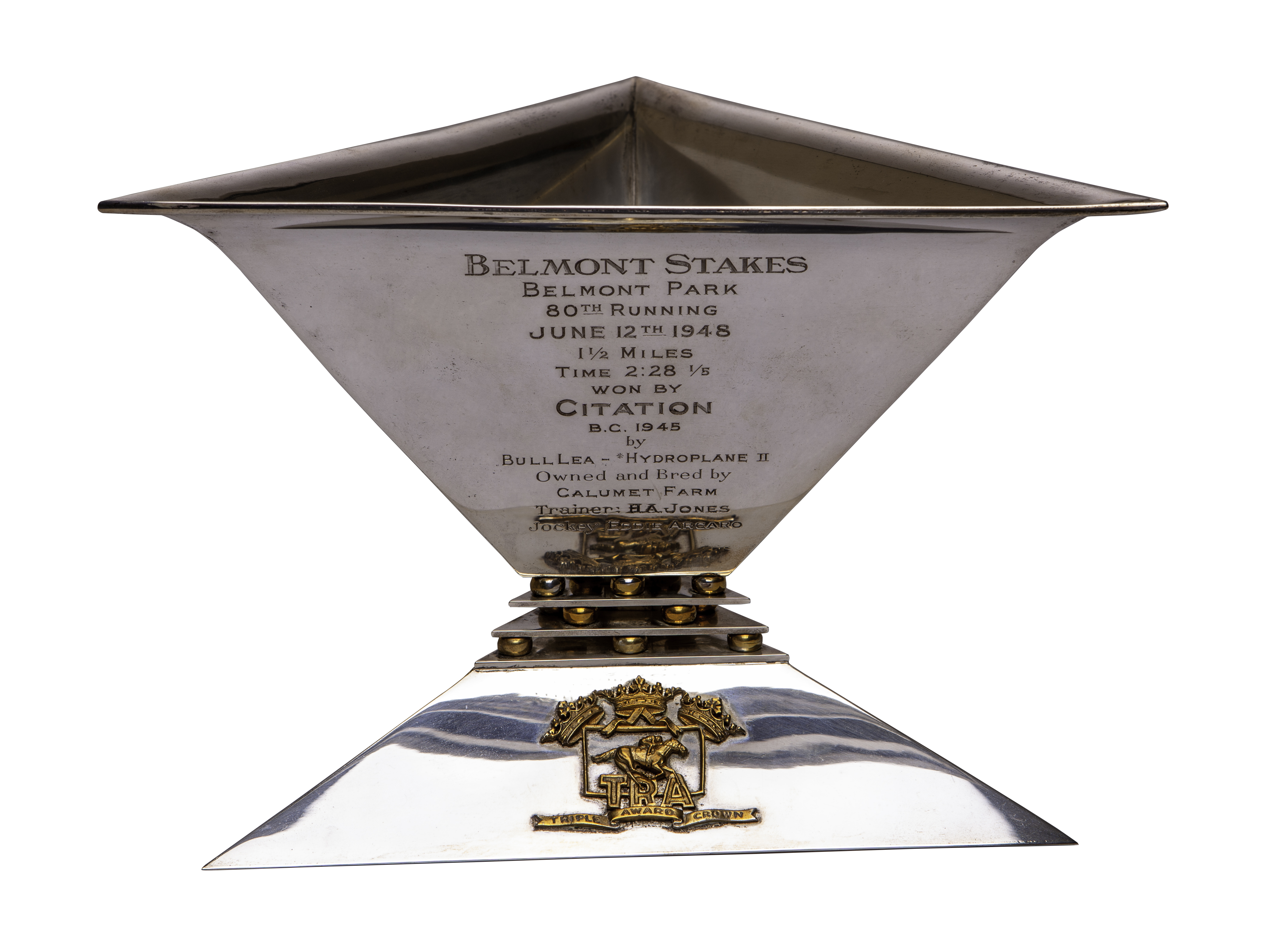 But American Pharoah’s Triple Crown trophy is the last of its kind. After Pharoah’s historic win in 2015, Chris Kay of the New York Racing Association commissioned a newly-designed Triple Crown trophy from sculptor Roberto Santo for whichever Thoroughbred would wear the next crown. The perpetual, ceremonial trophy is an imposing presence, standing at over three feet tall and weighing over forty pounds. While it retains the original three-sided design created by Cartier, the trophy has some new bells and whistles, including: a glass sphere etched with the seven continents, a crown set with precious stones, and a solid gold horse and jockey on the top. 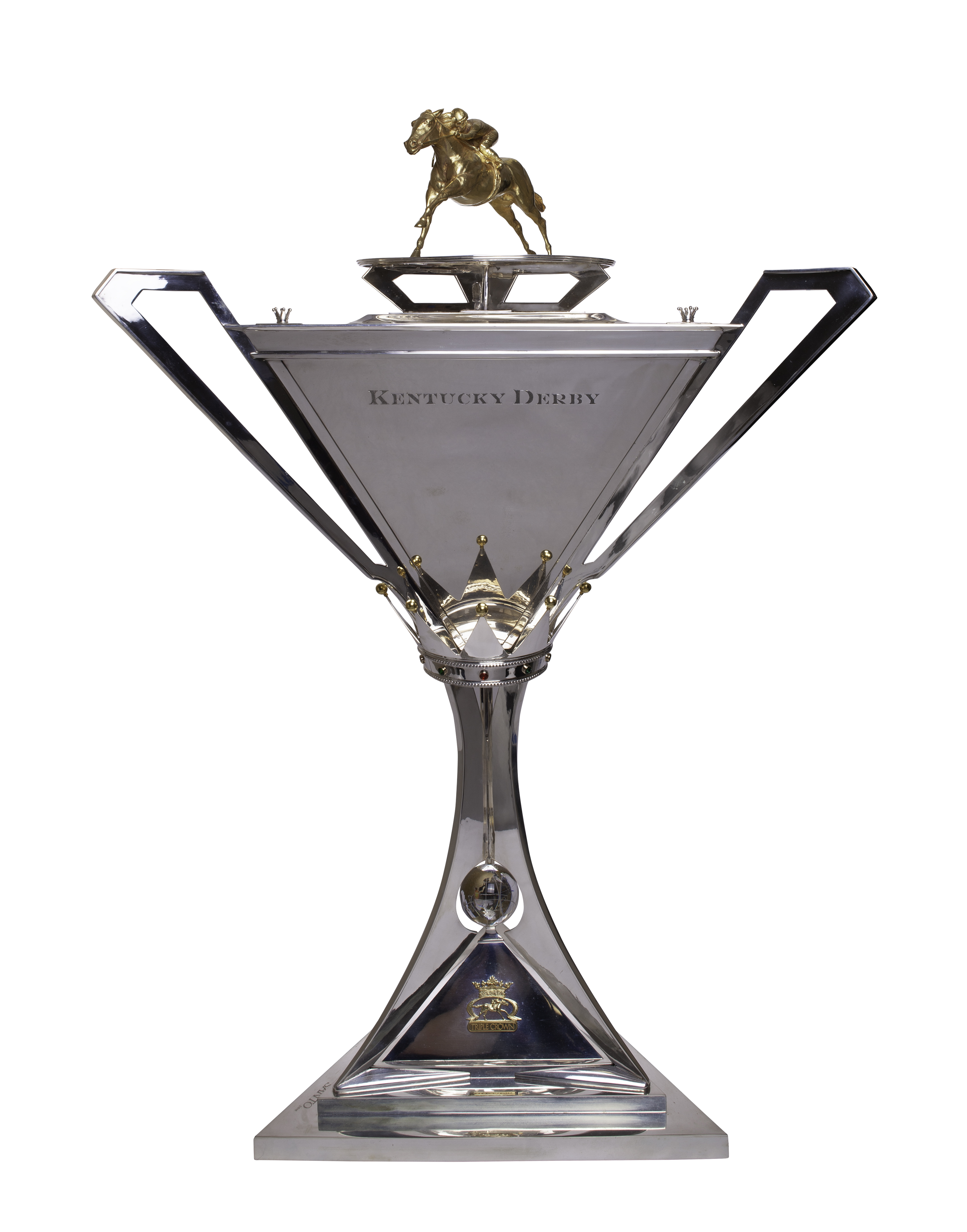 The trophy that is presented to the managing owner of the Triple Crown-winning Thoroughbred, though not quite as big, is beautifully-engraved with the stats for all three races on each side of its pyramidal body. Justify’s 2018 Triple Crown win was historic for several reasons, but certainly one of the things Justify will always be remembered for is winning the first Triple Crown trophy of the new design. Just like its winner, the biggest Triple Crown champion, the trophy is definitely hard to miss.