Well, outreach is over. All-in-all, it was a pretty great year. I saw 27,932 students in 40 counties. The response to the marketing blast in August was overwhelming - in a good way. Proving outreach is in high demand: the calendar was fully booked by Sept. 2 and we already have 35 schools on the early booking list for the 2015-16 school year. 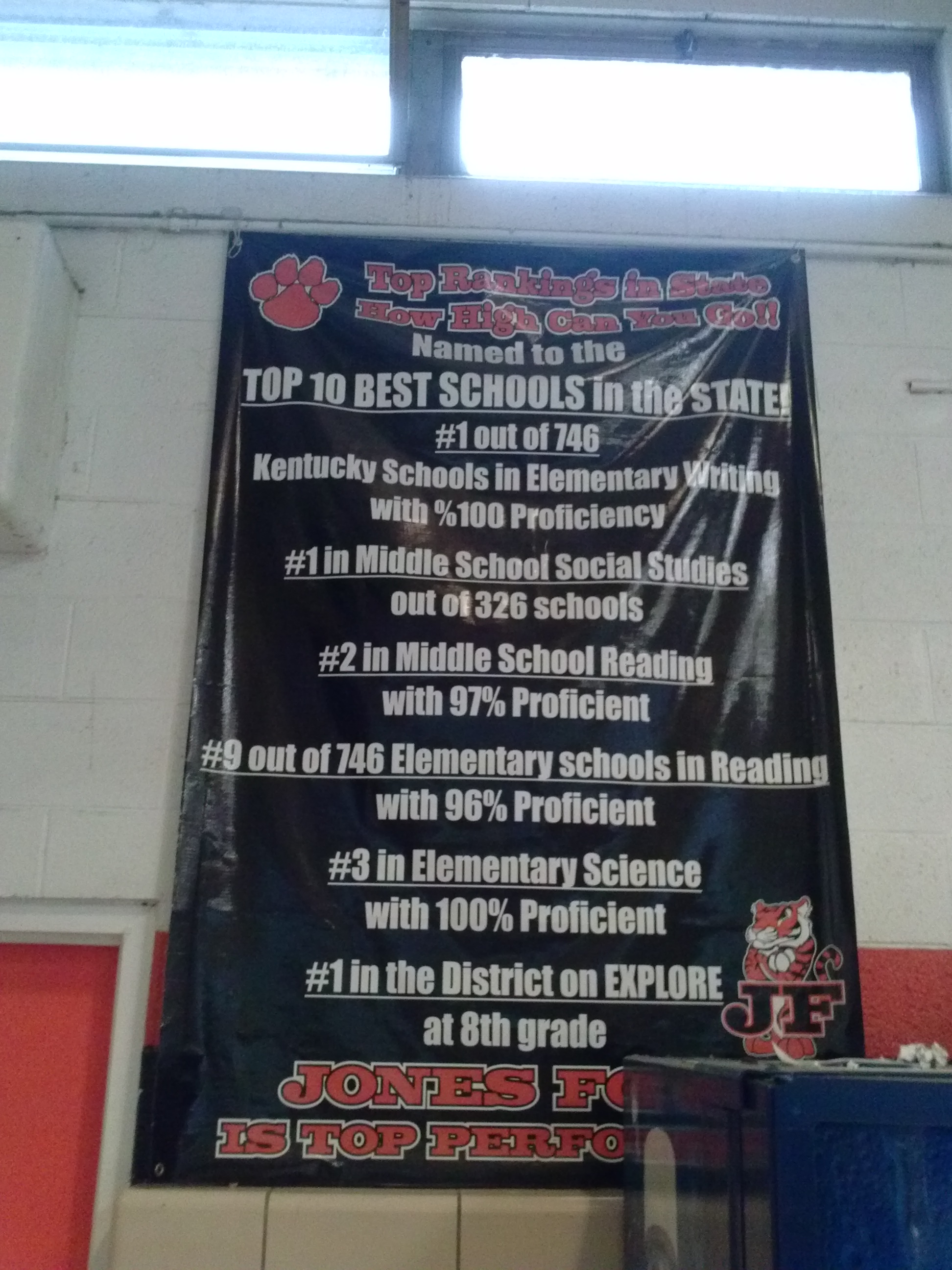 My last visit for this year happened May 15 to Jones Fork Elementary in Mousie, Kentucky, nestled in the hollers of Knott County (I had to drive through a coal mine field to get there). It was the smallest school I’ve visited so far for outreach. Having PK – 8th grade, they totaled 140 students. One of the advantages to having a school that small was a great student to teacher ratio, leading to a very impressive reputation.

Each trip this year was unique and I was grilled a few times during Q&A, really testing my Kentucky Derby knowledge. I was stumped by a couple followed by a response of, “What’s your name? Well thank you, (insert name here). You just gave me Derby homework.”

Here are a handful of my favorites, some prompting research and others that were just great questions.

If training time is from 6 a.m. to 10 a.m. every day at Churchill Downs, and there are 1,400 horses that live there, approximately how long does each horse get to train? The Backside at Churchill Downs is open from mid-March through the end of December and has 47 barns with a capacity for 1,400 horses. Generally, they train about 15 minutes each morning, but it really depends on the trainer and depends on the horse. Horses are like people, they all have different personalities and needs, so some like more rigid exercise regimens and others prefer to take it easy and walk the morning of a race day.

In the program intro, I inform students of the largest crowd at a Kentucky Derby. This year, the 2015 Derby shattered the record. We had 170,500 people attend, making the 2012 crowd now second place record attendance with 165,300 and pushing our 2014 crowd back to third place with 164,900 people. I have been asked at least three times this year, “What year had the lowest attendance?” Well, in 1891 they ran the slowest Derby ever. Kingman won the race at a pace of two minutes, 53 seconds for a mile and a half. The newspapers the next day tore it apart, calling the Derby “a race for dogs.” The next year, the Kentucky Derby only had three horses enter the field, and in 1894 the racetrack filed bankruptcy. But new management stepped in to take control and they still ran the Derby. The only attendance records I can find go back to 1980, but I would guess the lowest attendance occurred during the 1890s, mostly likely 1893 or 1894. See the next question for more information.

Twice I have been asked, “How many horses have raced total in the history of the KY Derby?” According to the Media Guide published by Churchill Downs: 1,826 as of the 2014 Derby and 1,844 including this year. Here’s the breakdown they listed by decade, excluding 2015.

How many horses have won two of three Triple Crown Races? Since California Chrome won the Derby, won the Preakness, but lost the Belmont, it provides a great segue toward the explanation of the Triple Crown. Only 11 horses in history have been able to win, but several have come close… There have been 52 near misses.

An interesting side note, we keep THE Triple Crown Trophy on display in our exhibits at the Kentucky Derby Museum, but they have recently taken it to New York (as they do if the Derby Winner also takes the Preakness). It is the one that was commissioned after the last Triple Crown Winner, Affirmed in 1978, and has sat ever since waiting to be engraved.

So, can American Pharaoh break the cycle? Can he end the dry spell?? Be sure to watch on June 6 to see if that Triple Crown Trophy will bear his name!! All eyes will be on New York!

Until then, thanks for reading. I’ll be back on the road in November. Check back to see if outreach will be visiting a school near you!