(All photography featured in this blog is copyright Churchill Downs Racetrack)

In the 1970s, American Thoroughbred racing had the fortune of celebrating three Triple Crown winners: Secretariat, Seattle Slew and Affirmed. Although those in the industry know how difficult it is to sweep the Kentucky Derby, the Preakness Stakes and the Belmont Stakes, fans may have gotten spoiled by seeing three great horses in one decade. At the time, no one could have predicted that it would be 37 years after Affirmed’s 1978 sweep before we would witness American Pharoah become the 12th Triple Crown champion in 2015. Fans around the world rejoiced to see another member join this exclusive club, and Sports Illustrated produced an iconic cover showing almost every fan in the Belmont Park grandstand with their smart phones high in the air to capture American Pharoah’s run into immortality. 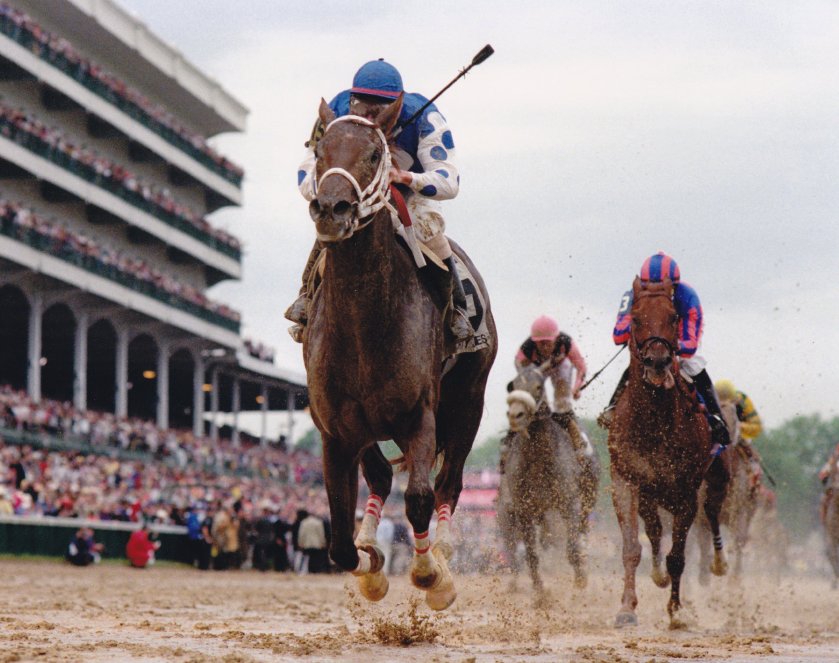 Between 1978 and 2015, there were many near misses at Triple Crown glory, especially those that won the Kentucky Derby and Preakness but came up short in the Belmont Stakes. Among these champions is the Pennsylvania-bred Smarty Jones. Trainer John Servis witnessed Smarty’s talent during his great two-year-old success at Philadelphia Park (now Parx Racing) in 2003. However, the horse’s sweep of the three-year-old series of races at Arkansas’ Oaklawn Park stamped Smarty Jones as the 2004 Kentucky Derby favorite. He would not disappoint. Staying close to the front for the duration of the race over a rain-soaked, sloppy track, Smarty Jones won the Derby by 2 ¾ lengths.

Smarty Jones continued to build momentum through the rest of the Triple Crown season. He won the Preakness Stakes by an amazing 11 ½ lengths. A crowd of approximately 120,000 filled Belmont Park in early June in anticipation of a Triple Crown coronation. Smarty Jones and jockey Stewart Elliott came out of the starting gate aggressively, running on or close to the lead throughout the race’s 1 ½ mile distance. That aggressiveness may have been the duo’s undoing, as Birdstone and jockey Edgar Prado overtook Smarty in deep stretch, winning by a length and bringing stunned silence to the massive crowd. Although excited to be the winner, Birdstone’s owner Marylou Whitney apologized in the Belmont winner’s circle for spoiling the “Smarty Party.”

After the Belmont Stakes, Smarty Jones suffered an injury that kept him from returning to the track. He retired as a winner of 8 of 9 races, with his last race his only blemish. Although initially retired to Three Chimneys Farm in Lexington, Smarty has been a prolific traveler as a stallion, even spending time in Uruguay. He came home to Pennsylvania in 2019 and is still an active stallion there. Although he didn’t enter that exclusive Triple Crown club, he’ll always be remembered by fans for the joy and excitement he provided in the winter and spring of 2004. 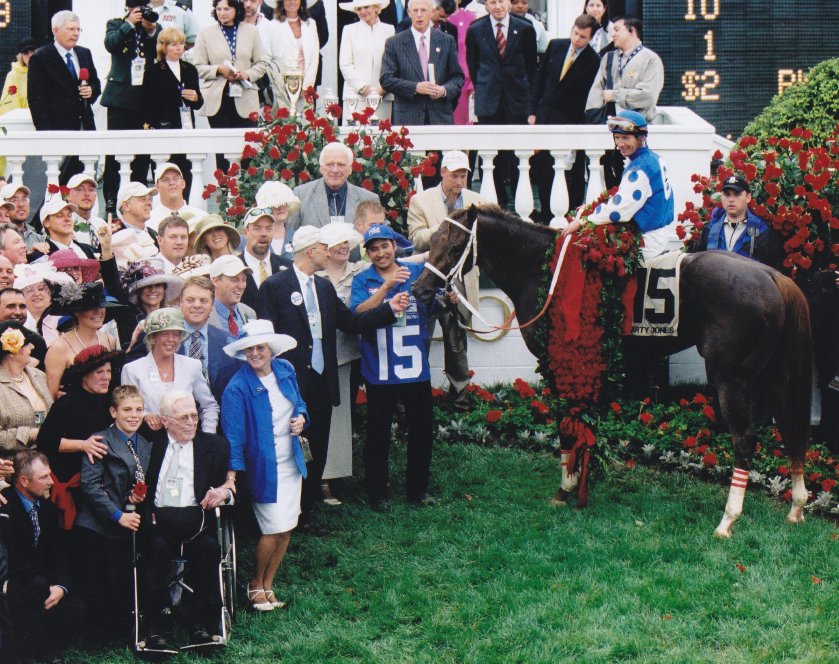