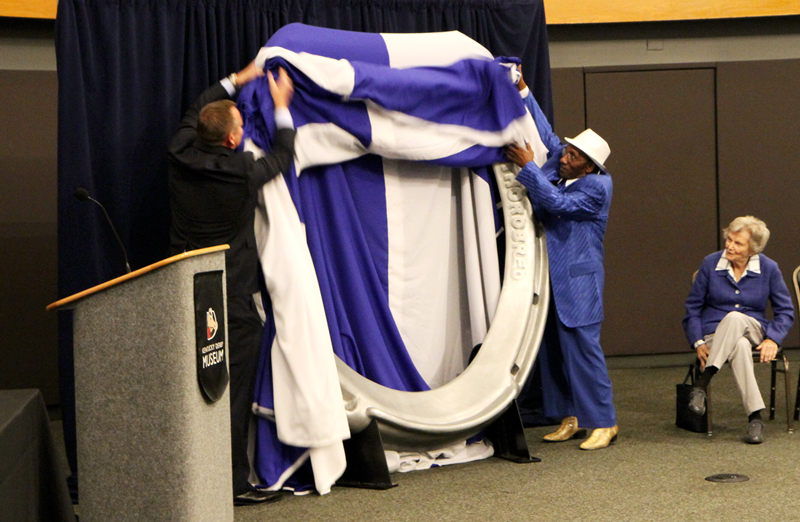 Louisville, KY (Sept. 20, 2015) – The Kentucky Derby Museum, along with Secretariat Festival and Secretariat.com, officially unveiled the World’s Largest Horseshoe in a special event at the Museum Sunday, September 20. Guinness World Records had previously confirmed the shoe’s status as the official record holder earlier in the week. 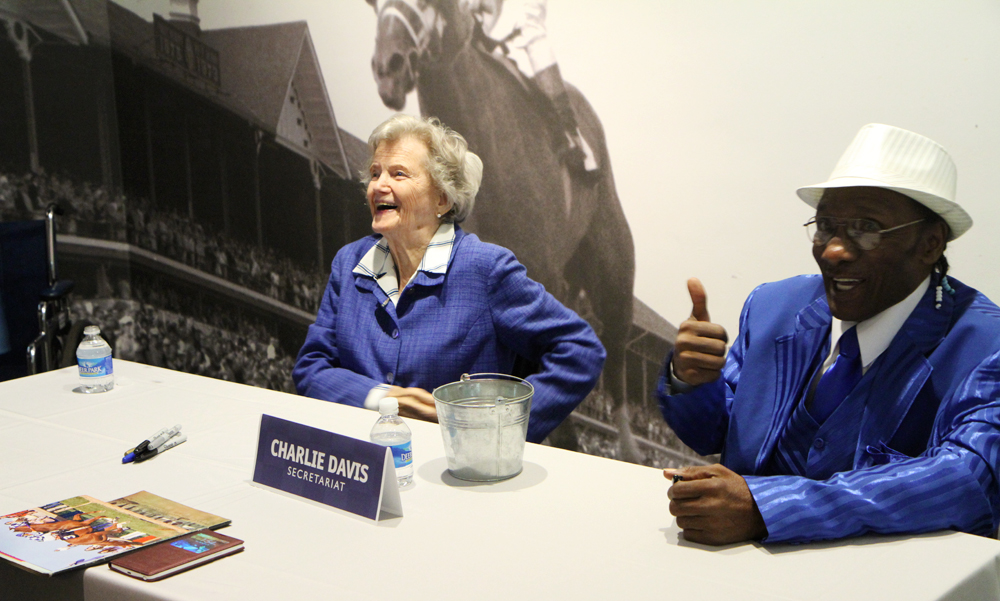 Measuring 206 centimeters wide and 213.3 centimeters tall, (the equivalent to 6 feet, 9.1 inches wide and 6 feet, 11.8 inches tall) the 610-pound horseshoe is an exact replica of one worn by 1973 Triple Crown Champion Secretariat. Secretariat owner Penny Chenery and exercise rider Charlie Davis both played roles in the unveiling, part of several appearances during the weekend-long Secretariat Festival.

Louisville-based Eagle Sign & Design Inc. cast the giant replica using aircraft aluminum contributed by original Secretariat racing plate manufacturer Thoro’bred Inc., which provided shoes for the Meadow Stable colt during his racing career. The permanent home of the World’s Largest Horseshoe will be at the Museum, but it will be the feature of a broader exhibit that is expected to travel around the nation during the summer of 2016.