Artist Graeme Baxter will be signing Official Justify artwork at the Derby Museum on October 29th from 11:00am to 3:00pm in conjunction with the Makers Mark Justify Bottle signing festivities.

The Justify Triple Crown Art Collection will be displayed during Breeders Cup week in Louisville at Equestricon, Booth 500 on October 29th and 30th as well as at a special Breeders Cup Festival Pop-Up Gallery at the downtown Marriott, the official Host Hotel from October 31 through November 3.

About Graeme Baxter Graeme Baxter has been designated Official Artist for some of the most prestigious sporting events in the world including The Ryder Cup, The Open Championship, The PGA Championship, Wimbledon Tennis and The Triple Crowns of both American Pharoah and Justify. 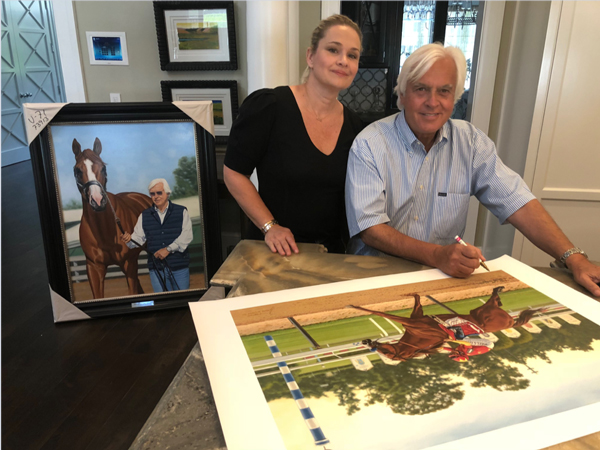