Hosted by the Museum's Bourbon Authority, Fred Minnick, in the intimate setting of The Great Hall at the Kentucky Derby Museum.

The Legends Series is an ongoing celebration of the culture, people and history of bourbon. Don’t miss your chance to see these Legends in person and experience special tastings, appetizers and a Q&A discussion between the Whiskey Women and Minnick. 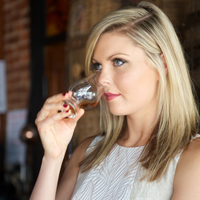 The Old Taylor Distillery was built in 1887 in Millville and has been essentially abandoned since 1972. Founder Col. E.H. Taylor built a limestone castle on the grounds after being inspired by a trip to Europe, and he designed the distillery to be a destination for visitors, a notion far ahead of its time. Much of the distillery’s infrastructure, including some fermentation and distillation equipment, was salvageable.

"The ability to use my engineering background and really get back down to the nitty gritty and start developing the process from the ground up was probably the most enticing thing for me,” says Barnes. “Really, everybody who has gone to the site — you go there and you feel the history of the place — it’s really hard not to fall in love with it.” 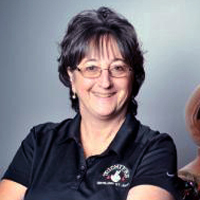 Pam Heilmann is Michter’s Distiller and Vice President of Production. Prior to joining Michter’s, Pam spent nearly 15 years at Beam Global, Inc., maker of fine whiskeys including Baker’s, Basil Hayden’s, Booker’s, and Knob Creek, and has a strong operational background. Her most recent position at Beam had been overseeing all aspects of whiskey production as Distillery Manager at the Booker Noe Distillery in Boston, Kentucky. During her years at Beam, Pam worked directly with former Master Distiller Jerry Dalton.

An honors graduate of Columbia College in Missouri, she also formally studied distillation at Alltech Institute of Brewing and Distilling in Kentucky. Pam and her husband live in Elizabethtown, Kentucky. They enjoy fishing, gardening and taking motorcycle trips. They split their leisure time between Florida and New York, where their children, grandchildren and Pam's parents live. 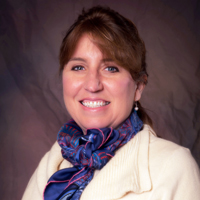 Andrea Wilson is Vice-President – General Manager for Michter’s. Wilson earned a master’s degree in chemical engineering from the University of Louisville. She began her career as a consultant for CH2M Hill. She spent the past 11 years working in the bourbon industry, including roles at Diageo, where she oversaw its North American distilling operations and, most recently, its whiskey strategy. Wilson is in her 10th year with the Kentucky Distiller’s Association and became the first woman to chair the organization in 2009. She was recently highlighted in the KET documentary, “Kentucky Bourbon Tales: Distilling the Family Business.”

"Now, people want something different and whiskey offers a complexity and it is not gender specific. I think it is something that, if you produce a great quality whiskey like Michter's, people are going to love it and drink it," Andrea said when being interviewed by Bloomberg's Alix Steel on "Street Smart." 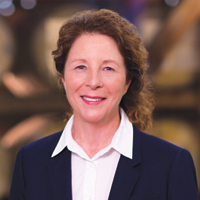 Victoria MacRae-Samuels doesn’t have a hard time standing out from the crowd. She is the first woman in the bourbon industry to have achieved the level of Vice-President, Operations.

Victoria MacRae-Samuels has been Vice President of Operations at Maker's Mark Distillery, Inc., since 2010. Ms. MacRae-Samuels is responsible for the production of Maker's Mark Bourbon, from the selection of the grains, fermentation and distillation to barrel warehousing, bottling and shipping, quality control and taste-testing. In 2008, she joined Maker's as Director of operations and had an integral role in the first bottling of Maker's 46, the distillery's first-ever new bourbon. She has more than 20 years of experience in the spirits industry.