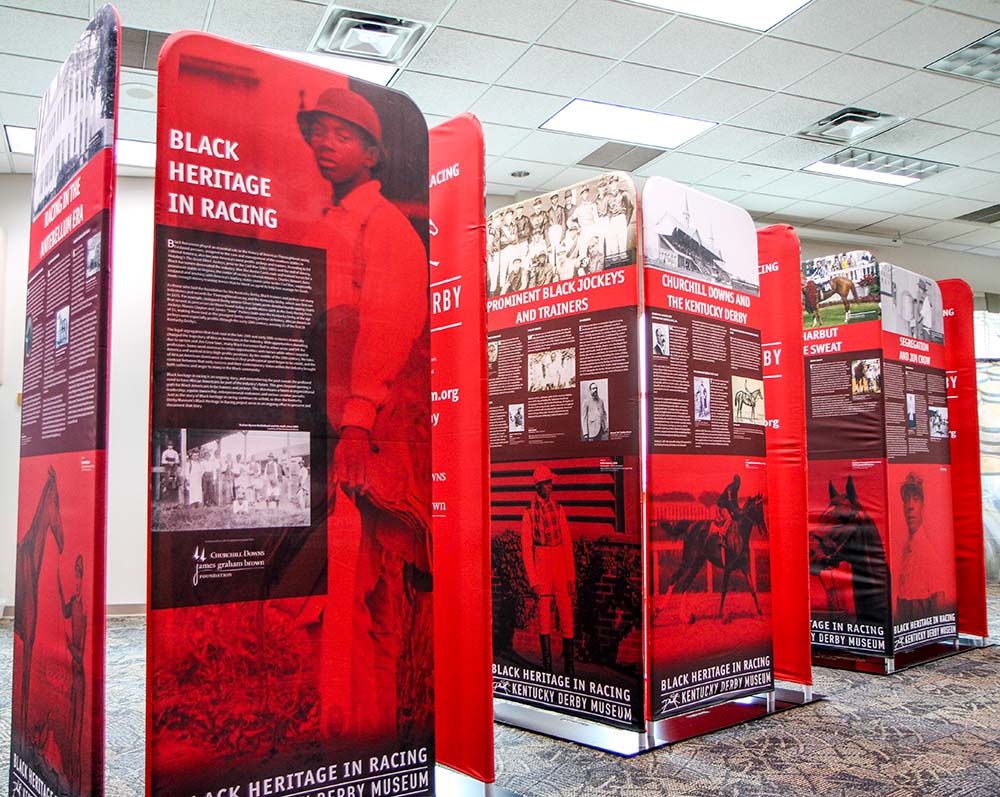 The Black Heritage in Racing traveling exhibit serves as a companion piece to the Black Heritage in Racing permanent exhibit at the Kentucky Derby Museum. Beginning in the era of settler colonialism in what would eventually become the United States, the exhibit details how enslaved Africans laid the foundation for horse racing in this part of the world. The exhibit continues by showing how crucial Black Americans were to the early success of the Kentucky Derby; how the era of segregation and Jim Crow drove African Americans from the industry; telling the stories of Black Americans that served as primary caregivers for Thoroughbred horses in the 20th century and detailing the initiatives of the Black community to increase the participation of African Americans in the industry in the modern era.

Who Can Borrow the Exhibit?

All commercial businesses and non-profit organizations are eligible to borrow the exhibit. Exhibition in private residences is not permitted. Please contact the exhibit administrator for additional information or to ask any questions about eligibility.

The Black Heritage in Racing traveling exhibit consists of 11 freestanding panels, each measuring 90.75” (7.5’) high x 36.5” (3’) wide. Each panel and mount weighs approximately 16.5 pounds. Panels can be arranged in a linear fashion or grouped in sections of 3 or 4 each. KDM estimates the borrowing institution will need 200-300 square feet to display the exhibit properly. 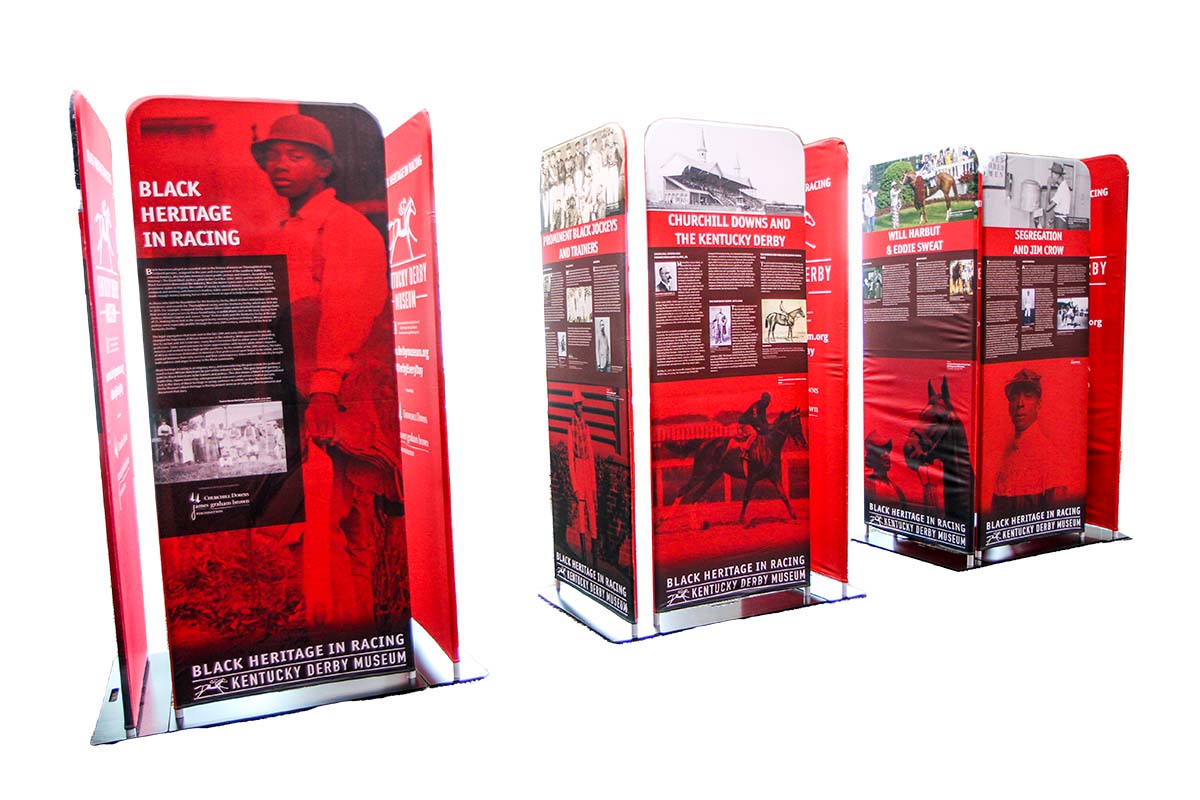 The length of the rental and the beginning and end dates will be determined at the time of booking. Rental extensions can be granted, pending availability. A request for an extension must be made at least two weeks in advance of the return date.

For All Questions and Booking, contact the Exhibit Administrator: Chris Goodlett at CGoodlett@DerbyMuseum.org, 502-637-1111, ext. 2259.

Thank you to our generous sponsor of this exhibition 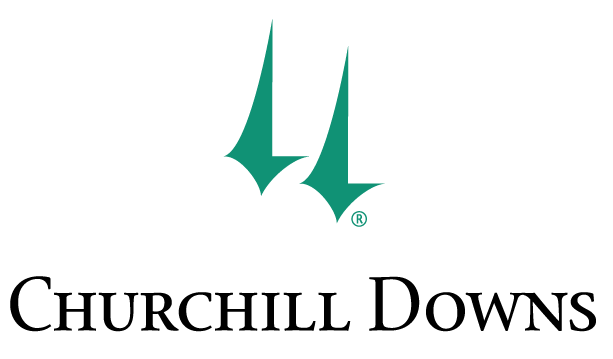