A lot of you probably wanted to say 1891, when Kingman crossed the wire at 2:52.25. Technically, you’d be right, but I’m here to tell you about the Kentucky Turtle Derby and a brave—but very slow—little terrapin named Broken Spring.

In 1945, a governmental ban on horse racing caused Churchill Downs to postpone the historic Kentucky Derby until June. Racing fans, desperate for a taste of their favorite sport, were bereft. An Associated Press article from May 5th summed it up nicely:

“If these were ordinary times, the Kentucky hardboots would be out there early today moaning about the sloppy track at Churchill Downs. For this was supposed to be Derby Day in Louisville. But these are anything but ordinary times, and it makes little difference today whether the track is rare, medium, or well-done. There won’t be any Kentucky Derby today.”

Industrious minds came up with a slow-but-sure alternative to the beloved stake that successfully piqued the interest of the Louisvillians awaiting June 9th and a new Thoroughbred champion:

“However, this race-minded town has made arrangements for another derby tonight—turtle derby—to observe the original 1945 date of the real thing.” 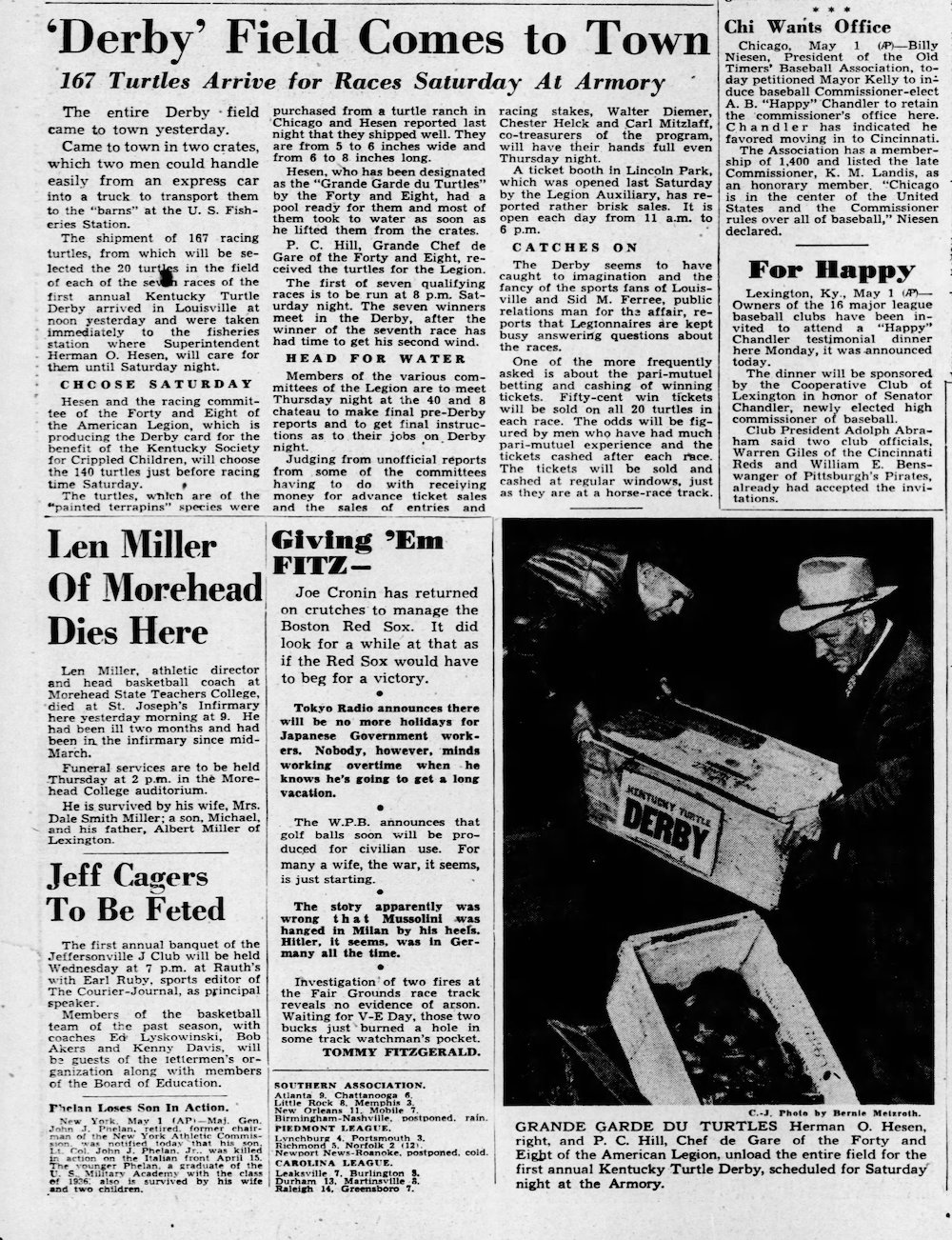 On May 2nd, a surreal headline announced that the Derby field had arrived safe and sound: “167 Turtles Arrive for Races Saturday.” Three days later, over 6,000 spectators piled into the Jefferson County Armory (now the Louisville Gardens) for the first annual Derby—of the turtle variety, anyway. The first post time was at 8 PM. The Armory floor had been converted into wooden lanes to keep the turtles on the straight and narrow; seven qualifying races awaited 20 lucky turtles, the winners of which would then race—a relative term—to victory in the main event.

Although the event was not sponsored by Churchill Downs, railbirds would recognize a number of its organizers and participants. Kentucky steward Sam McMeekin and Derby starter Ruby White were there to get the turtles underway and ensure nobody “clipped claws.” Derby-winning trainer Ben Jones and veteran jockey Douglas Dodson—the team behind the 2nd place finisher in the actual 1945 Kentucky Derby—were also there:

“Ben Jones, race-horse trainer for the Calumet Farm, came to town with his string of horses, and having read about the Kentucky Turtle Derby in Miami, Fla., signed up to train one of the turtles, while he isn’t busy training Pot O’ Luck for the Kentucky (Horse) Derby.” 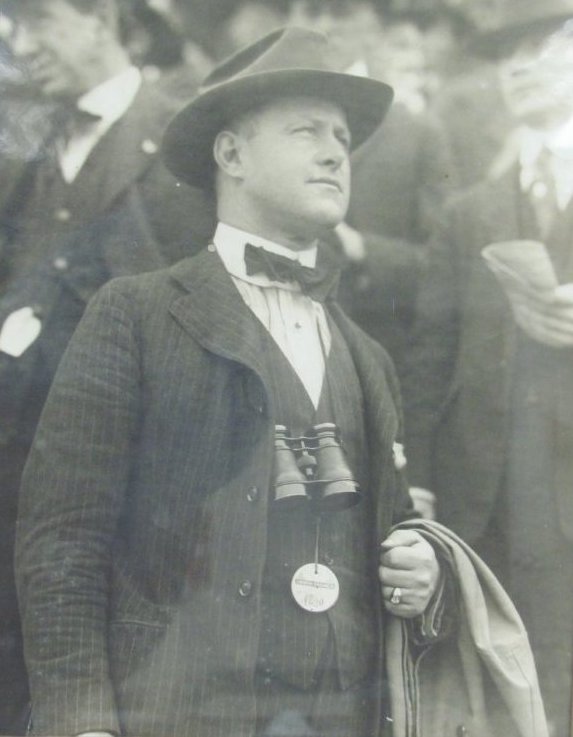 We won’t speculate on whether or not Jones, Dodson, and Pot O’ Luck might have crossed the finish line in front of Hoop Jr. had they turned down the tough task of turtle training!

Spectators at the Jefferson County Armory that night shilled out nearly $11,500 on 50 cent pari-mutuel win tickets. The victorious champion, Broken Spring, paid $2.50 on his win, to the delight of his well-wishers. His two minute, 20 foot victory was in the books. After wagers had been paid out, $8,000 went to support a local children’s health charity. 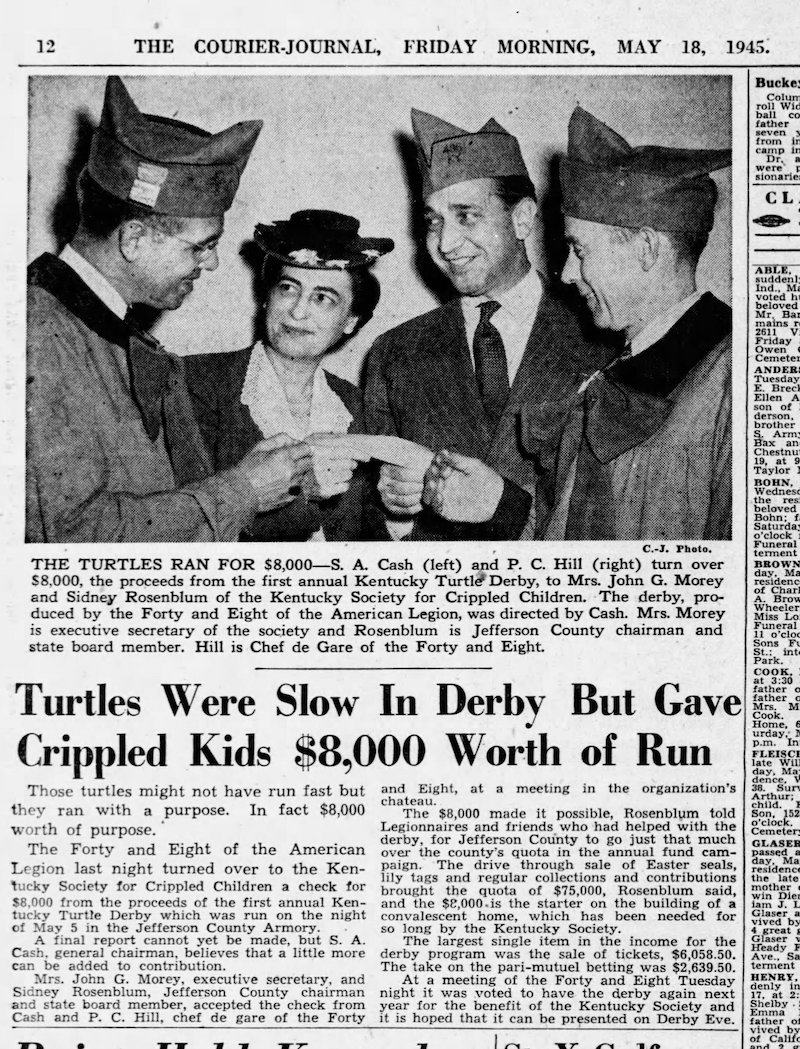 As we near 2020’s now-vacant Derby date of May 2nd, perhaps we can learn something from the intrepid wartime racing lovers of 1945. When everything seemed bleak, and a hallowed Louisville day on the calendar begged to be occupied with something to delight and entertain, the community came together and gave each other something to smile about. #TogetherKY 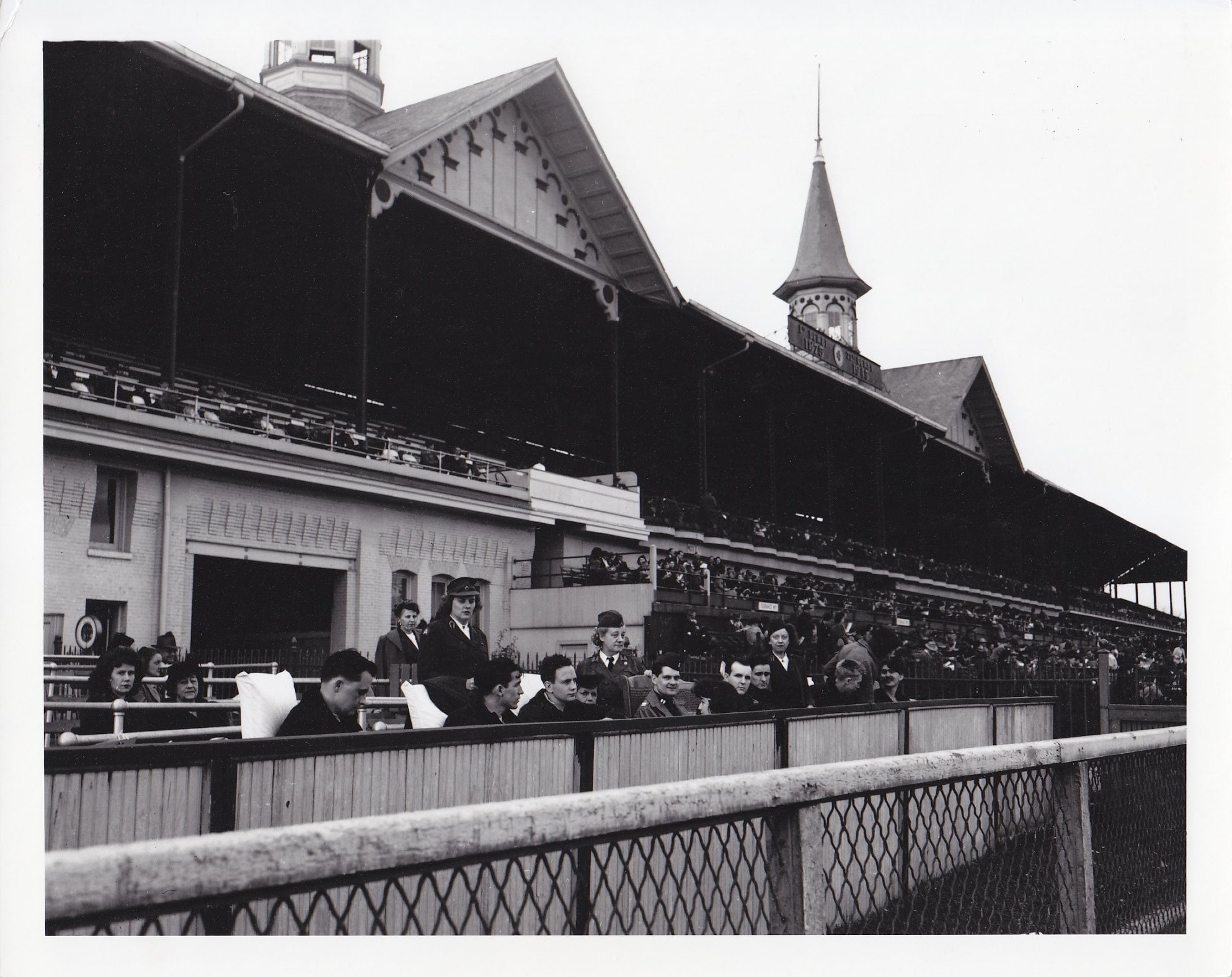 Nurses and wounded soldiers enjoying the races in 1945.