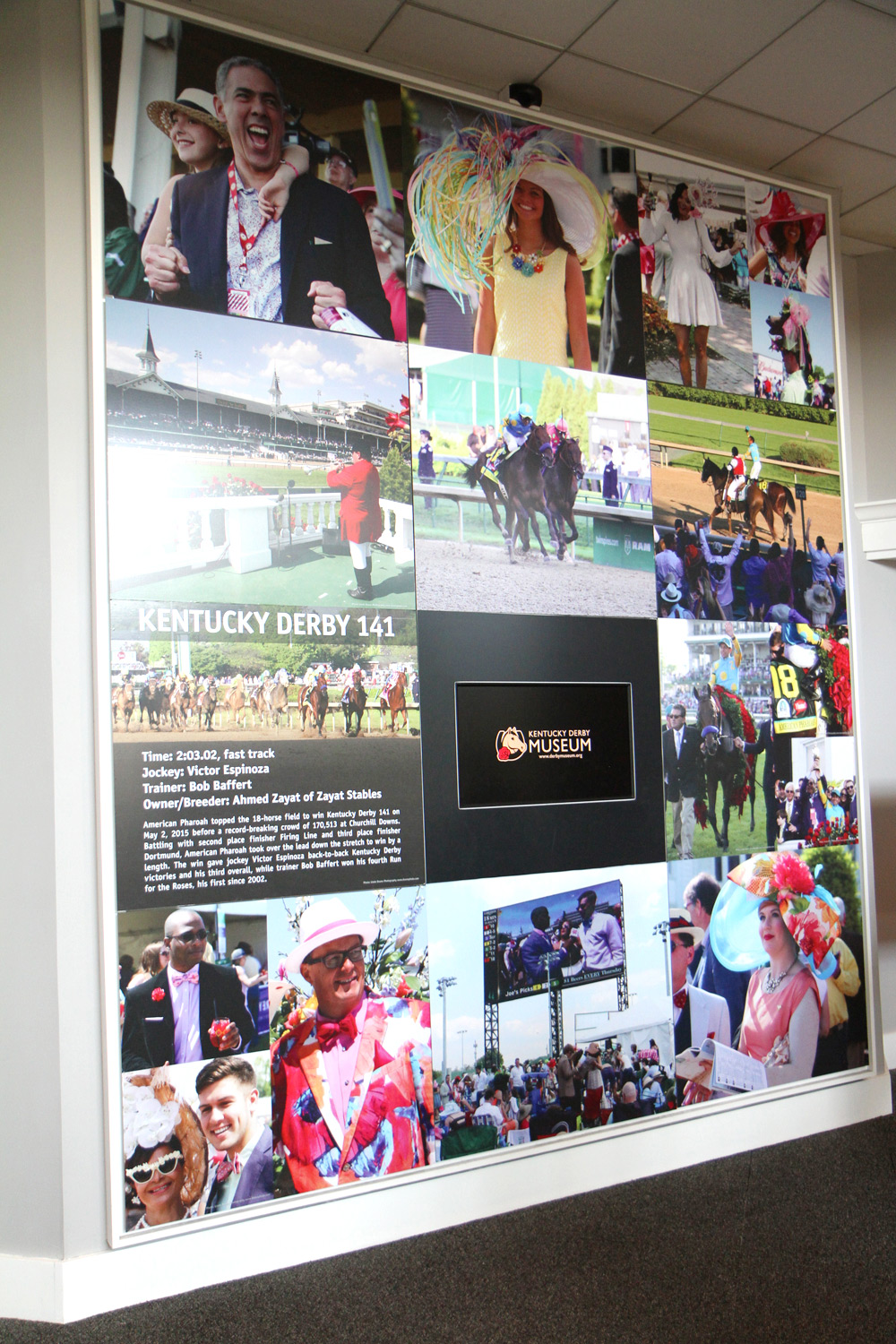 Capture the Moment, located inside the Museum’s lobby, is dedicated to telling the story of the most recent Kentucky Derby, from the race itself to fans cheering from all locations around Churchill Downs. Through a collage of photos and video, Capture the Moment now symbolizes the day surrounding American Pharoah’s thrilling victory. 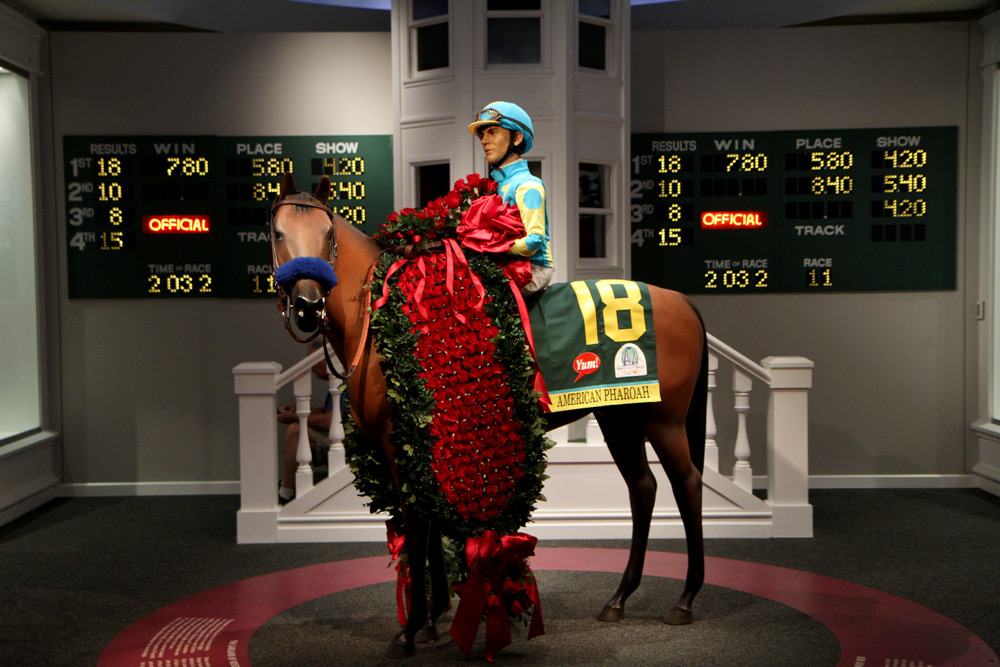 The Winner’s Circle on the first floor, near the “It’s My Derby” exhibit, features a replica Thoroughbred depicting American Pharoah’s exact look. The horse has been draped with a Garland of Red Roses, with the odds of the race displayed on a mock tote board.

“The Greatest Race,” the 17-minute, 360-degree high-definition show that brings the Kentucky Derby story to life and acts as the centerpiece of the Museum’s first floor, has been updated to feature video and sound from American Pharoah’s win. The Derby Timeline surrounding the Great Hall, which features every Kentucky Derby winner, displays complete race results and other key statistics from the latest edition. 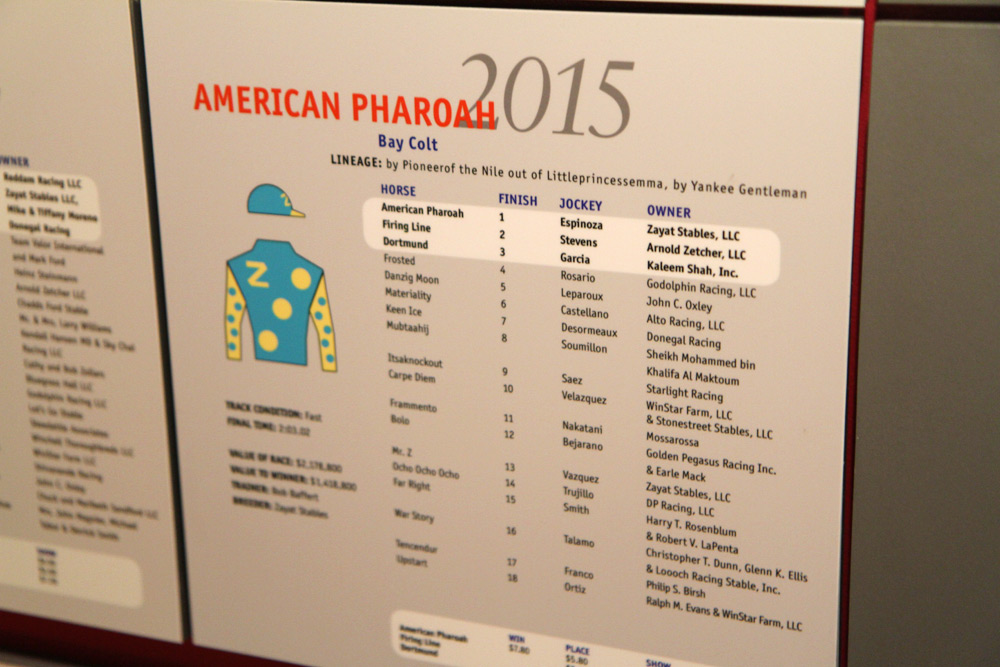 Other items brought up to date include adding the race’s telecast and Winner’s Circle interview to the Warner L. Jones, Jr. Time Machine on the first floor, while the Multiple Winners exhibit on the second floor near the Downs’ First Electric Gate recognizes the achievements of now four-time winning trainer Bob Baffert and three-time winning jockey Victor Espinoza.

All of these exhibits are available with paid General Admission during normal business hours, Monday through Saturday 8 a.m. to 5 p.m. and Sunday 11 a.m. to 5 p.m.