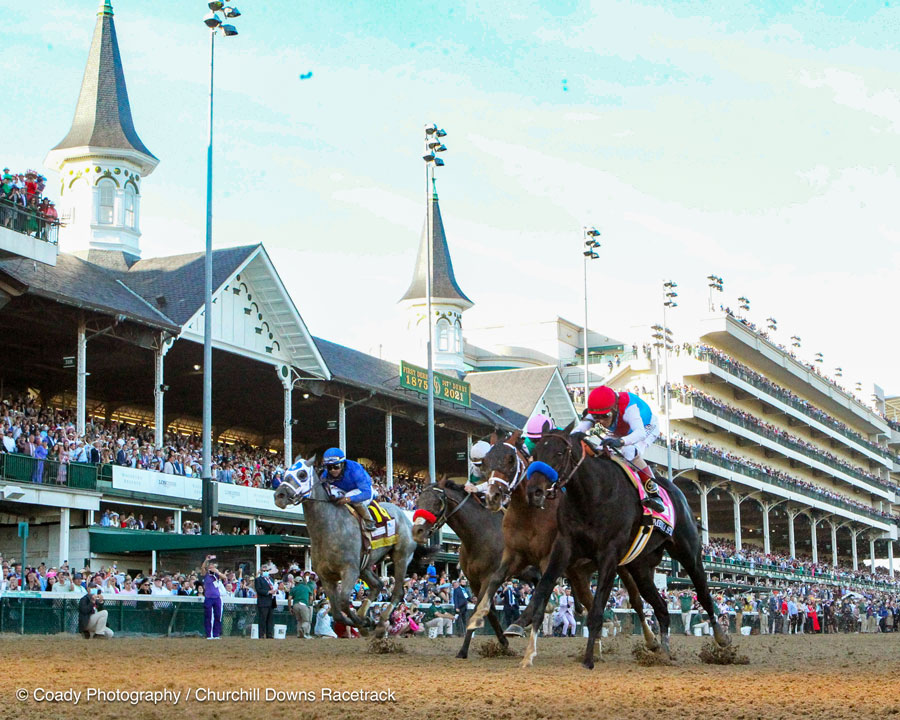 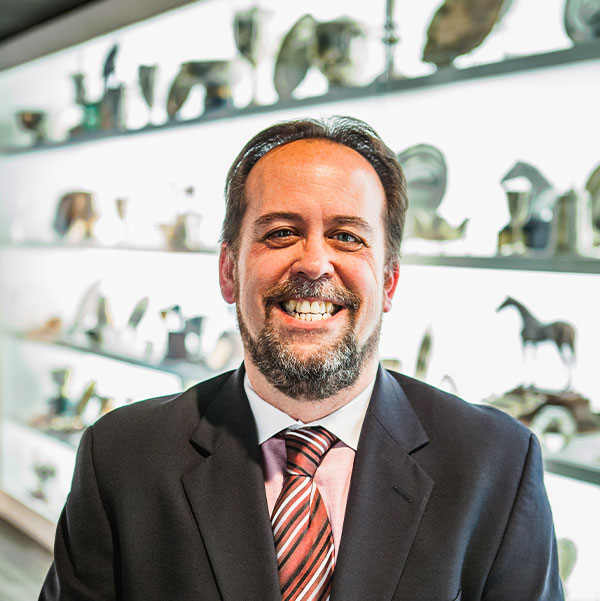 The Kentucky Derby is an event steeped in history and tradition. Each year, when a Thoroughbred crosses the finish line first on the first Saturday in May, a new chapter in the history of this event is ready to be written. In 2021, history had been made well prior to that. As the world continues to emerge from a pandemic that has had significant impact on all of us, a Kentucky Derby with fans in the stands had an even greater meaning. Although much smaller than a typical year, the 51,838 spectators was the largest crowd for a sporting event since the beginning of the pandemic. The restricted crowd recognized the special significance of this year’s event as we laughed just a little bit more at the infield shenanigans and yelled just a little bit louder as the horses broke from the starting gate.

Of course, the Kentucky Derby is both a cultural and sporting event. From the latter angle, the 147th running was full of great stories waiting to be told. Would the 2021 Kentucky Derby be the first victory for Louisville native Brad Cox, a rising star in the sport and trainer of undefeated juvenile champion Essential Quality? Or, would this Derby be dominated by trainer Todd Pletcher, who brought four starters to the Derby. Among them was Bourbonic, winner of the Wood Memorial in New York and ridden by African American jockey Kendrick Carmouche, striving to become the first Black jockey to win the race since Jimmy Winkfield in 1902. Or, might Hall of Fame trainer Steve Asmussen get his first Kentucky Derby victory with Arkansas Derby winner Super Stock or Louisiana Derby runner-up Midnight Bourbon?

In the end, the story that emerged was the obvious one as trainer Bob Baffert and jockey John Velazquez led gate to wire with Medina Spirit, winner of the 147th Kentucky Derby. It seems impossible that a Thoroughbred associated with these two legends could be overlooked, but the 12-1 post time odds reveal the truth. Medina Spirit moved through the 2021 Derby prep season in California coming up just short in the major races. In March’s San Felipe Stakes, he finished second to his stablemate Life Is Good, the horse seen as Baffert’s best shot at the Derby before an injury removed him from consideration. In April, Medina Spirit finished second in the Santa Anita Derby, falling to Rock Your World, the second betting choice in the Derby that finished 18th in the Run for the Roses. However, on a beautiful spring day in Kentucky, Medina Spirit won when it counted most, and there’s no doubt the expertise of Baffert and Velazquez played a large role in the victory. The immediate beneficiary of their talents is Amr Zedan, owner of Medina Spirit. Zedan runs a group of family businesses based in Saudi Arabia and has had a Thoroughbred racing stable for five years. He is an avid polo fan and owner of the Saudi Polo Federation.

As the surprise of the finish subsided, the conversation turned to records that had been broken. With this victory, Bob Baffert is now the leading Derby winning trainer in history with seven wins, besting the legendary Ben Jones, who has held the record since 1949. John Velazquez is now tied with Bill Shoemaker with four Derby wins, tying him for second all-time and one short of the record held by Eddie Arcaro and Bill Hartack. Velazquez also made history by winning the Oaks and the Derby in the same year, as he piloted Malathaat to a win in the former. He is only the eighth jockey to complete the sweep.

The final emotion of the moment speaks to both the significance of the Kentucky Derby and the times from which we are emerging. In the post-race press conference, Baffert compared Medina Spirit’s heart to that of Silver Charm, Baffert’s first Derby winner in 1997. It was apparent that the trainer was somewhat surprised but also grateful for his record-setting victory. Velazquez, now 49 years old, commented on how difficult it is to get these opportunities at his age, but his competitiveness and skill indicates he by no means intends to wholly concede the spotlight to the younger generation.

As we analyze the 2021 Kentucky Derby and its results, grateful is a feeling that can be applied to many of us. Upon his victory, Baffert immediately gave credit to his team for making his success possible. Velazquez gave credit to the trainers, owners and horses that provide great opportunities. The fans were also grateful. Many acknowledged that this wasn’t the typical Derby but most all stated they were so glad to be at track for this iconic event. The ensuing years will provide even more context for this historic year and add to the story. However, whether a participant or a fan, it’s clear that the close to 52,000 spectators were grateful to be at Churchill Downs on the first Saturday in May for the world’s Greatest Race, the Kentucky Derby.

Watch the 147th Kentucky Derby at Churchill Downs on Saturday, May 1, 2021! Video courtesy of NBC Sports 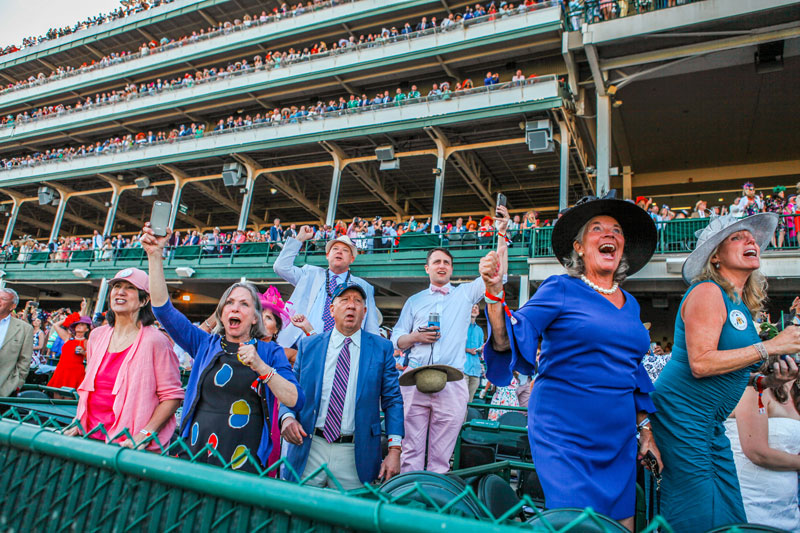 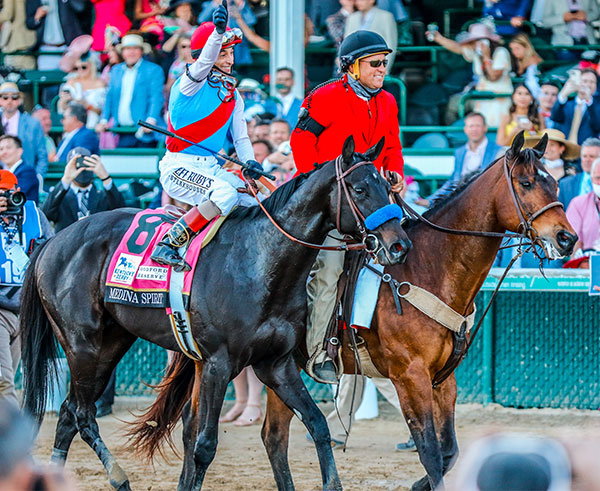 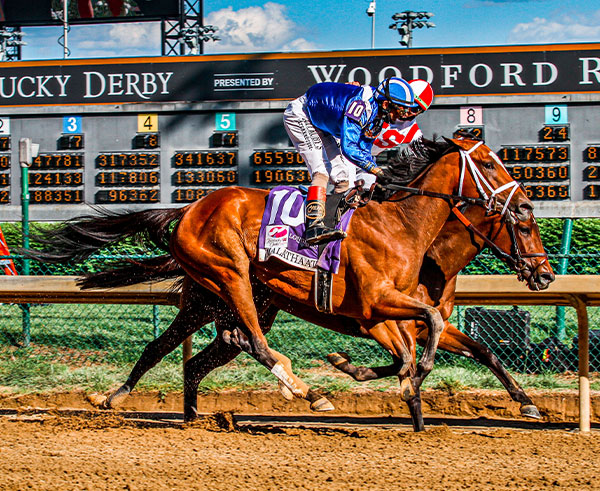 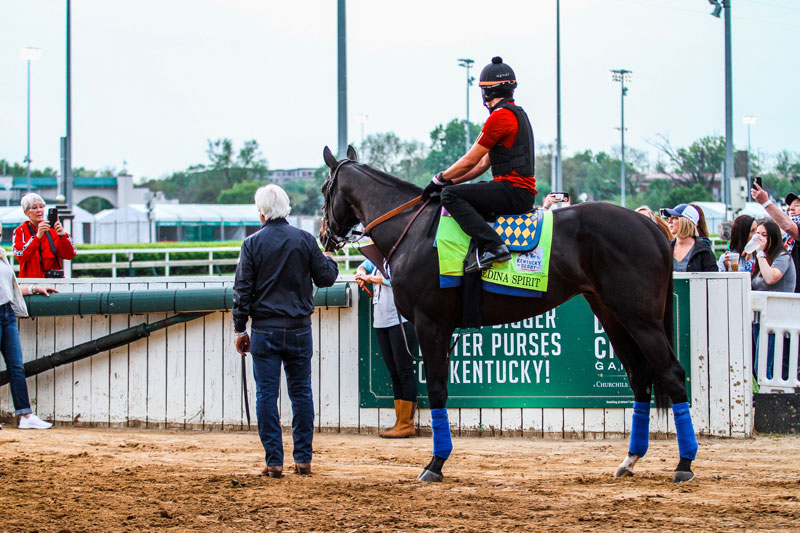 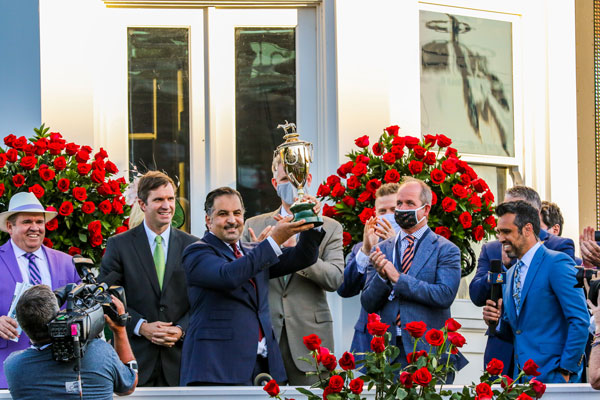 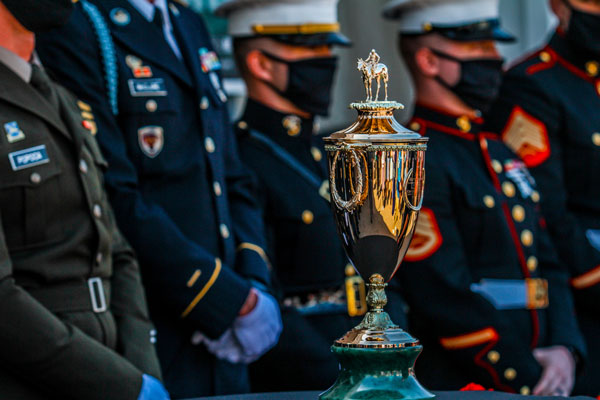 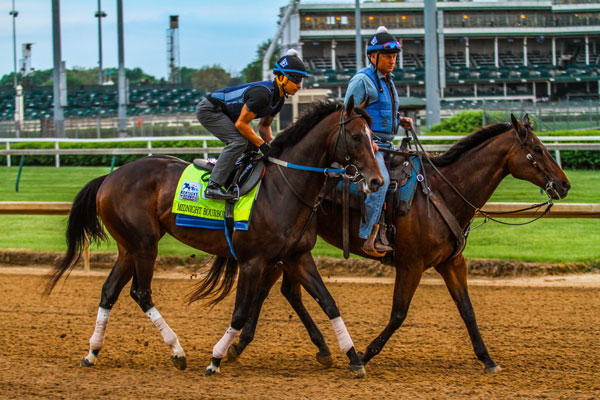 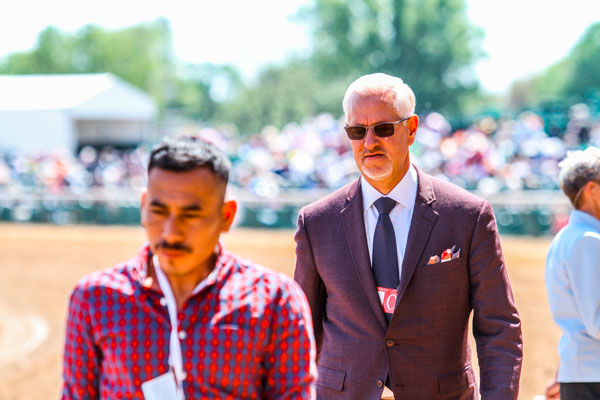 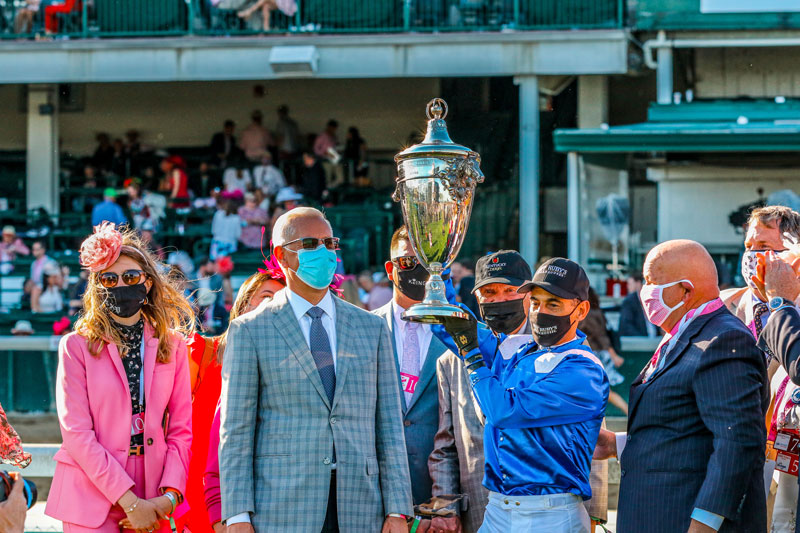 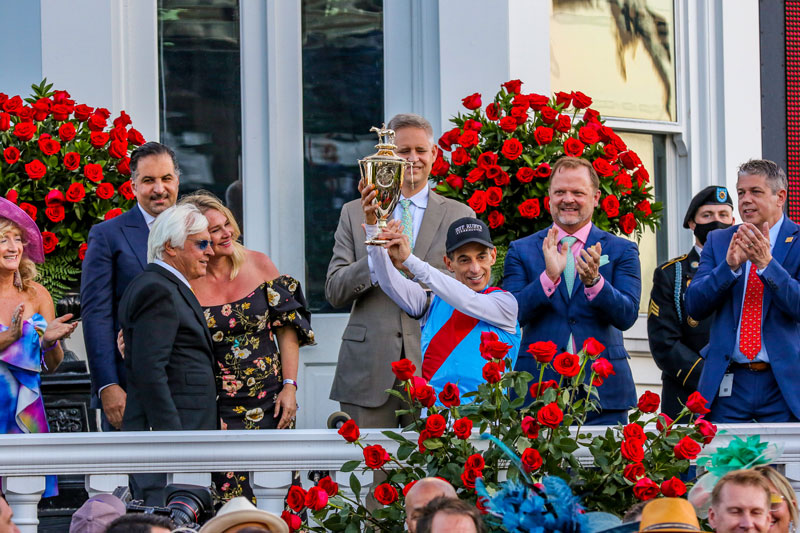 John Velazquez holding up the Kentucky Derby trophy. Saturday, May 1, 2021.